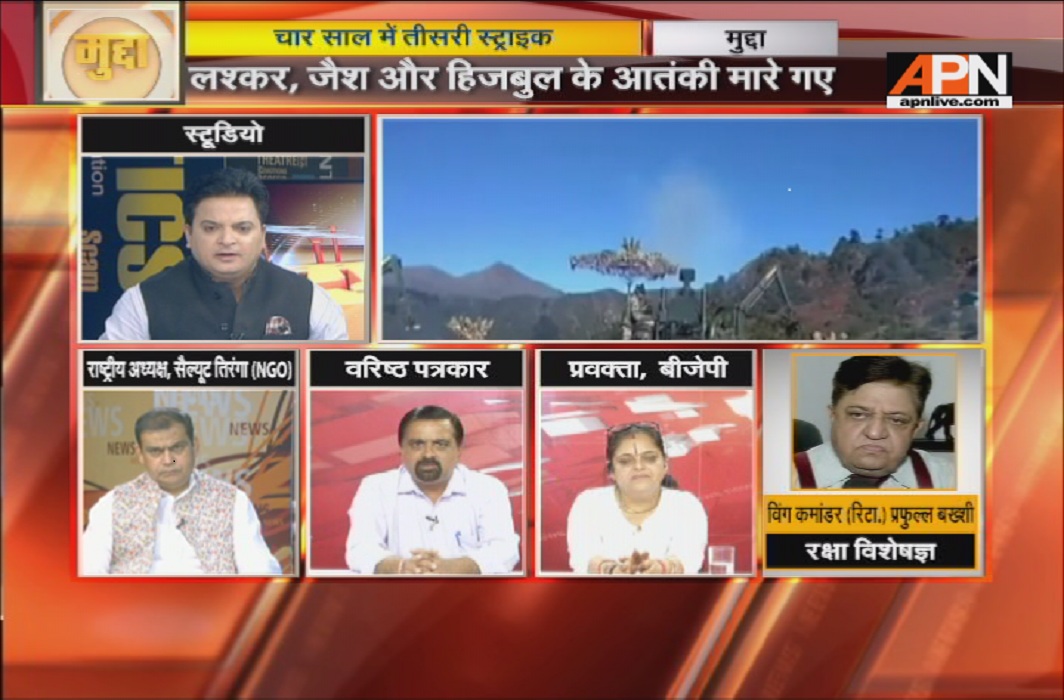 Panelists say that besides army action, Pak can be dealt with on economic and diplomatic fronts too

Baskhi said: “Pak has no other option. This is the maximum it can do.”

Tripathi said: “We need to understand why Pakistan is getting agitated. In recent times, mischief from Pak has increased. We had information via satellite that the PM there had said that they are determined to take PoK. Now terror funding has halted, stone pelting has stopped. Pak has taken the opportunity of the weather, the snowfall there, to create trouble. Imran Khan should know that the Indian army won’t be found sitting idle and will give the appropriate reply.”

Jha said: “It is very clear that after scrapping of Art 370, Pak got agitated. It wants to create disturbance in J&K. It knows it is nowhere in comparison to India. It has set up factories of militancy.”

Aggarwal said: “Pakistan should now know that it is dealing with New India now. And we are determined to retaliate each and every mischief created by Pak. Every action will have a reaction. Pak is bent on creating nuisance, and it’s bound to meet with failure in its mission.”

Baskhi said: “It is not just the military way out in dealing with Pak. We can take the diplomatic and the economic route to bring Pak on its knees as well. It can be blacklisted on terror grounds. We need to employ Chanakya neeti now. We have various fronts to deal with Pak.”

Tripathi said: “The elected government in Pak is a puppet in the hands of the ISI. Imran is having to focus on these issues, instead of looking at its failing economy. Our government is determined to nip these troubles in the bud.”

Aggarwal said: “We are determined to end militancy. We trust the army. The army has already stated that it will retaliate each and every mischief move by Pak.”

Jha said: “The leadership in Pak has no vision, there is nothing to boost the economy there.”

Tripathi said: “Nobody wants war. Pak internal situation is so bad, it can least afford war.”

Aggarwal said: “We are not in for war, our actions are retaliatory. The entire world wants an end to militancy. China is holding Pak’s hand for its own interest. India is strong, and our defence is fully competent to deal with any mischief.”