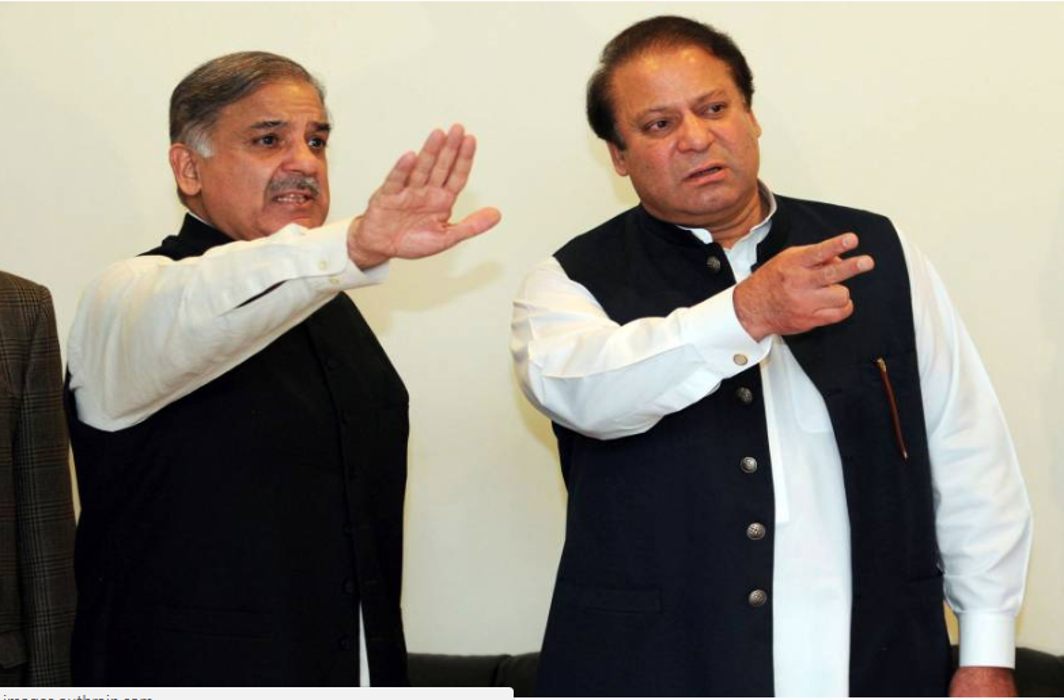 Shahbaz Sharif, the president of Pakistan Muslim League (N) and younger brother of former PM Nawaz Sharif has clarified that the controversial report had “incorrectly attributed remarks to PML-N Quaid Nawaz Sharif, which do not represent PML-N’s party policy.”

Quaid is an Urdu prefix, which means leader or patron. Mohammad Ali Jinnah is known as Quaid-e-Aazam, the supreme leader or the founder of the country.

In an exclusive interview to Dawn Nawaz Sharif was quoted saying on Friday in Multan: “Militant organisations are active. Call them non-state actors, should we allow them to cross the border and kill 150 people in Mumbai? Explain it to me. Why can’t we complete the trial?” He was referring to the Mumbai attacks-related trial proceedings which have stalled in the Rawalpindi anti-terrorism court.

Nawaz did not stop here, instead, he further said, “It’s absolutely unacceptable. This is exactly what we are struggling for. President Putin has said it. President Xi has said it.”

According to Dawn, Shahbaz Sharif, who is also Chief Minister of Punjab, issued a statement on Sunday as party president through Punjab Government’s Directorate of General Public Relations. He said the PML-N “rejects all assertions, direct or implied, made in the news report of Dawn.”

He further said “the state of Pakistan and all its institutions stand together in the global fight against terrorism. We strongly believe that the interests of Pakistan are supreme to all personal and political interests. There could and shall never be any compromise on any national interest.”

Moreover, an unidentified spokesman of PML-N issued another statement to “set the record straight on the interview of PML-N Quaid” and claimed that the Indian media had “grossly misinterpreted” Nawaz’s remarks.

The statement said, “At the outset, the statement of the Quaid has been grossly misinterpreted by the Indian media. Unfortunately, a section of Pakistani electronic and social media has intentionally or unintentionally not only validated but has lent credence to the malicious propaganda of Indian media without going through the full facts of the statement.”

“The PML-N as the country’s premier popular national political party and its Quaid need no certificate from anybody on their commitment and capacity to preserve, protect and promote Pakistan’s national security,” the spokesman said.

“After all, it was (the then) Prime Minister Nawaz Sharif who, resisting all pressures, took the most important and most difficult decision on national security in Pakistan’s history by making the country a nuclear power in May 1998,” the spokesman said while referring to the nuclear tests conducted by Pakistan immediately after India conducted nuclear test in Pokhran.

The clarification by PML-N was necessitated because Nawaz Sharif’s statement about 2008 Mumbai terror attack triggered criticism of the party and its leadership from political and security quarters, terming it “anti-state” and equating it with committing a treason.

Meanwhile, country’s military authorities, on Sunday announced that a meeting of the National Security Committee (NSC), the top civil-military body, had been called on Monday to consider the situation arising out of the recent remarks of PML-N supreme leader Nawaz Sharif about the 2008 Mumbai attacks. However, PMO, remained silent regarding the convening of the NSC meeting.

Maj. Gen Asif Ghafoor, the Director General of the Inter Services Public Relations (ISPR) made his announcement public through a twitter post.

Dawn report reports, “Political analysts believe that these latest development indicate further aggravation in the already tense civil-military relationship at a time when elections are just a couple of month away. They believe that announcement by the ISPR chief through social media indicated that the military authorities have decided to seriously take up the issue and that they want Prime Minister Shahid Khaqan Abbasi’s stance over the matter”, the daily said.