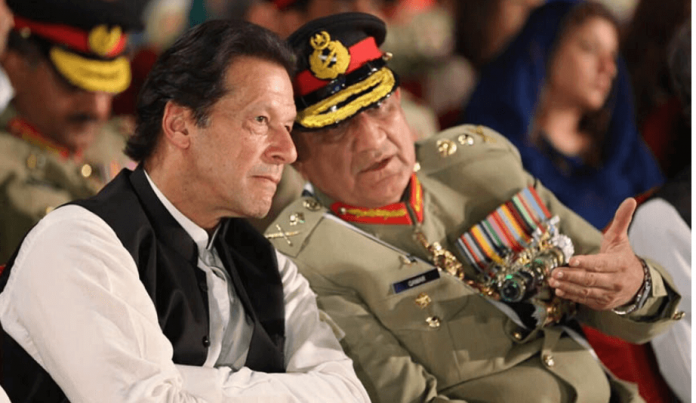 The political situation in Pakistan is getting stranger by the day with a regional police chief said to have been kidnapped by federal law enforcement just to okay the arrest of exiled Pakistan Muslim League-Nawaz chief Nawaz Sharif’s son-in-law and party worker Safdar Awan.

This bewildering claim has been made by Pakistan People’s Party spokesman Mustafa Khokhar whose party rules the Sindh province in a bid to distance the PPP from Awan’s arrest. While Pakistan Army chief General Qamar Bajwa has ordered an inquiry into the reported kidnapping of Sindh Inspector General Mushtaq Mahar, the Imran Khan government has not reacted to the outcry.

The episode comes on the heels of Sunday’s tens of thousands-strong protests in Karachi against Imran Khan demanding him to step down. Nine major opposition parties have come together under the joint platform of the Pakistan Democratic Movement (PDM) last month to begin a nationwide agitation against the government.

With the worries over Pakistan’s economic conditions getting dire and double-digit inflation, the opposition says Khan has failed the nation on all fronts from the economy to governance. Nawaz Sharif has himself called Imran’s election in 2018 into question, saying he had been selected by the military as opposed to being elected by the people in the rigged election.

Maryam Nawaz, the daughter and political heir of Nawaz Sharif, said that if the Imran Khan government was allowed to complete its term, it would destroy Pakistan. She said protesters have come together to protect and rescue the people of Pakistan.

Addressing the rally via video link from London, Nawaz Sharif accused Pakistan Army chief General Bajwa of orchestrating his ouster in 2017, saying the corruption charges brought against him were concocted. The Pakistan army is yet to respond to Nawaz Sharif’s accusation.

Read Also: End SARS Protests: Why tens of thousands of Nigerians have been taking to the streets?

Sharif was sacked by the Pakistan Supreme Court in 2017 on corruption charges and left for London last November for medical treatment. The next general election is scheduled in 2023.