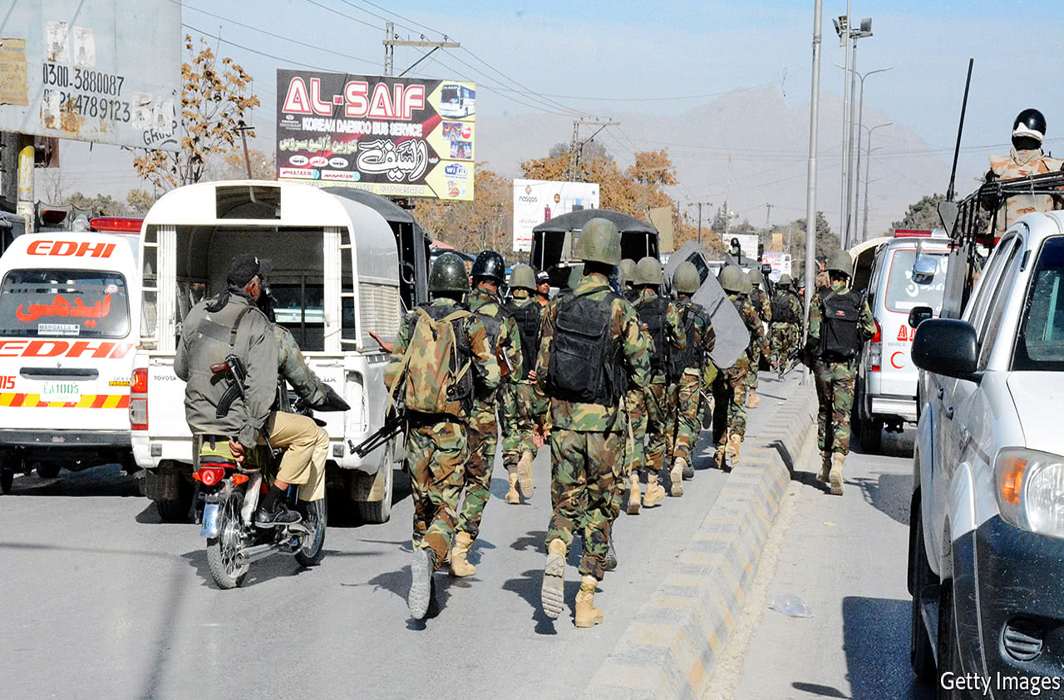 Pakistan is reported to have intensified its crackdown against Islamist militants with its government announcing today (Thursday, March 7) that it had taken control of 182 religious schools and detained more than 100 people as part of its push against banned groups.

Provincial governments have “taken in their control management and administration of 182 seminaries,” Pakistan’s interior ministry said in a statement, referring to religious schools.

“Law enforcement agencies have taken 121 people under preventive detention as of today,” the ministry added.

The interior ministry said other institutions from different groups had been taken over, including 34 schools or colleges, 163 dispensaries, 184 ambulances, five hospitals and eight offices of banned organisations.

What to do with madrasas is a thorny issue in Pakistan, a deeply conservative Muslim nation where religious schools are often blamed for radicalisation of youngsters but are the only education available to millions of poor children.

Many banned groups such as JeM run seminaries. Another banned outfit, Jamaat-ud-Dawa (JuD), which calls itself an Islamic charity and operates large welfare operations, is estimated to run about 300 madrasas across the country.

JuD calls itself a humanitarian charity but the U.S. State Department has designated it a “foreign terrorist organization” and calls it a front for Lashkar-e-Taiba (LET), a Pakistan-based group accused of orchestrating attacks in India, including the 2008 Mumbai attack that killed 166 people.

JuD called the crackdown unfair and said it would seek to counter the government action in courts.

“The whole nation is asking that what message the government wants to send by sealing welfare organizations and kicking students out,” said JuD spokesman Yahya Mujahid.

This is said to be Pakistan’s biggest move against banned organizations in years and appears to be targeting Islamic welfare organizations that the United States says are a front for militant activities, reported Reuters.

Pakistan is facing pressure from global powers to act against groups carrying out attacks in India, including Jaish-e-Mohammed (JeM), which claimed responsibility for the Feb 14 attack that killed at least 40 personnel of Central Reserve Police Force (CRPF) in Pulwama, Kashmir.

The escalating tension in the wake of the bombing led to a major confrontation between the nuclear-armed rivals, with both countries carrying out aerial bombing missions and even engaging in a brief dogfight that prompted fears of a war.

Pakistani officials, according to Reuters report, say the crackdown is part of a long-planned drive and not a response to Indian anger over what New Delhi calls Islamabad’s failure to rein in militant groups operating on Pakistani soil.

Previous large-scale crackdowns against anti-India militants have broadly been cosmetic, with the proscribed groups able to survive and continue operations.

Pakistan has long used Islamist groups to pursue its aims in the region, but it has denied New Delhi’s accusations it actively supports militants fighting Indian forces in India’s part of Muslim-majority Kashmir.

Former Pakistan President Pervez Musharraf on Wednesday indicated that his country’s intelligence had used the Jaish-e-Mohammad to carry out attacks in India during his tenure.

Welcoming action against the terrorist organisation, Pervez Musharraf told a Pakistani TV news channel that Jaish-e-Mohammad had tried to assassinate him twice in December 2003.

On being asked why didn’t he act against the Jaish during his tenure, Pervez Musharraf remarked “those times were different”.

“At that time, India and Pakistan were bombing each other’s territory and even I didn’t insist on action against the terrorist organisation,” the former Pakistan President said. He, however, added that the Pakistan intelligence was engaged in the attacks.