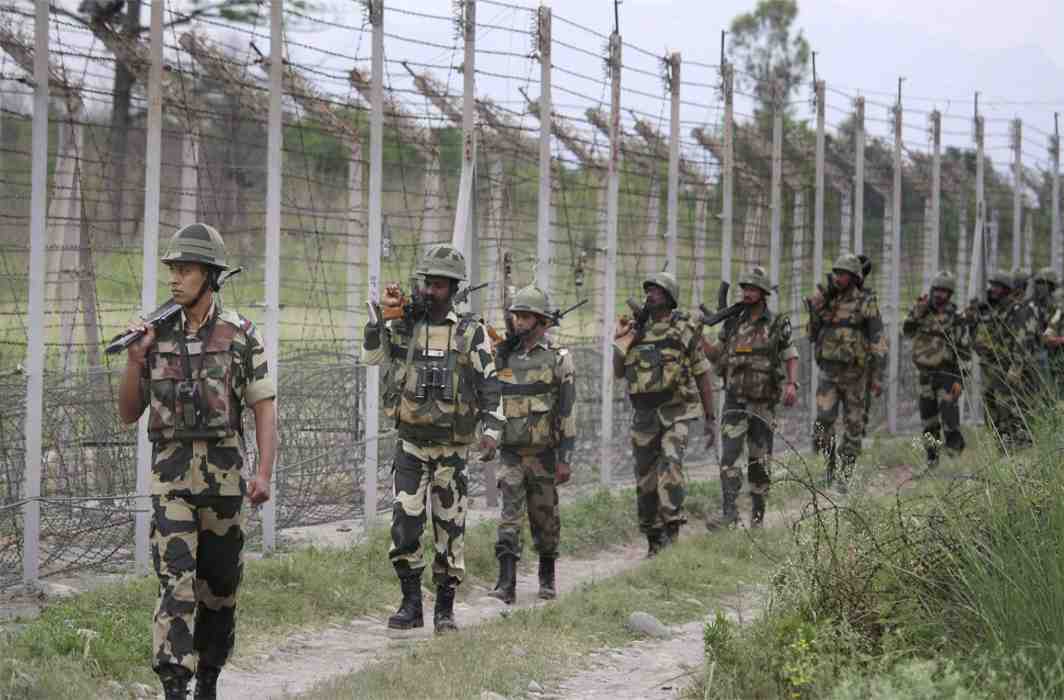 Pakistani Rangers resort to unprovoked mortar shelling in Arnia near Jammu; fifth incident of ceasefire violation in the past week

In yet another incident of ceasefire violation by Pakistani Rangers along the International Border, one constable of the Border Security Force (BSF) was killed in Arnia sub-sector of RS Pura in Jammu district in the wee hours of Friday.

It is learnt that the Pakistani Rangers resorted to unprovoked mortar shelling and gun fire along the International Border in Arnia near Jammu shortly after midnight on Thursday night following which three other BSF outposts – SM Base, Budwar and Nikkowal – were targeted in quick succession.

Sources said that the BSF engaged in retaliatory firing following which there was intermittent firing reported from other border outposts along the Arnia sub-sector. The crossfire continued from midnight till the morning hours of Friday.

“One BSF trooper has been killed in ceasefire violation by Pakistan rangers. They are using mortars, automatics and small arms to target nine BSF posts in Arnia. BSF troopers are retaliating strongly and effectively,” BSF sources were quoted as saying by the IANS news agency.

The deceased BSF jawan has been identified as constable Brijender Bahadur Singh. It is learnt that Singh, a native of Balia district in Uttar Pradesh, was posted at the Chenaz border outpost. He sustained multiple bullet injuries in the incident and died while being rushed to a hospital.

A report in the Indian Express claims that a mortar shell fired by Pakistan fell on the house of a civilian in Devigarh village; partially damaging the building. Though no loss of civilian life has been reported, sources said at least one local was injured in the crossfire.

The latest ceasefire violation has been the fifth such incident in the past week. For the last three days, Pakistan has repeatedly violated the ceasefire at various points along the International Border and Line of Control. Curiously, the violations by Pakistan also coincided with a four-day visit of Union home minister Rajnath Singh to Jammu and Kashmir during which he is learnt to have reviewed the security apparatus in the troubled northern state.

In the past four months, in fact, the ceasefire violations seem to have increased with an alarming frequency. Over a dozen people, including Army and BSF personnel, have reportedly been killed and many left injured as a result of Pakistan’s violations while over 4,000 Indian civilians living in the villages that have been affected by the repeated incidents of firing have been forced to migrate to relatively safer places.

Last Wednesday, two BSF personnel were among four people injured in mortar shelling at various places along the Line of Control in Poonch district. Two porters were injured in Pakistani firing in Poonch sector on September 7.