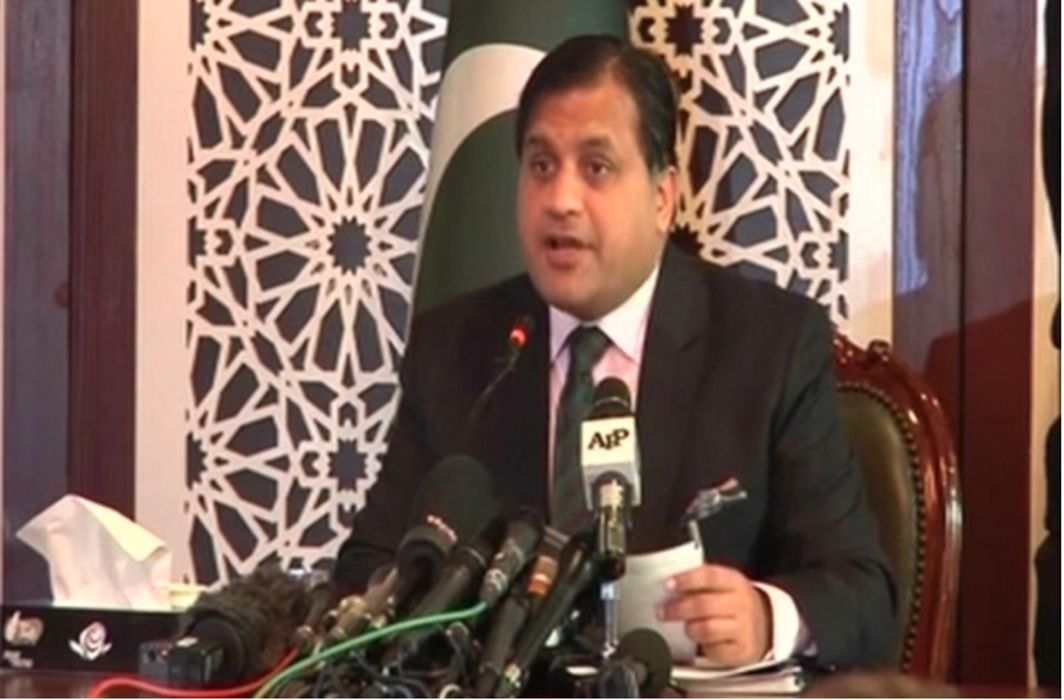 Amidst allegations and counter allegations of harassing each others’ diplomats between India and Pakistan and Pakistan’s insistence for resolving “Kashmir issue” before normalising bilateral ties, Islamabad has warned India against war hysteria and any misadventure.

The FO spokesman’s tweet further said: “Pakistan wants peace with India but any foolhardy act would only get a befitting response.”

Indian leadership is advised to end this constant blustering and to stop creating an atmosphere of war mongering. Pakistan wants peace with India but any foolhardy act would only get a befitting response.

Dawn reports on Wednesday that “tensions between the two countries have been running high and recently Islamabad recalled its envoy from Delhi “for consultations” as a protest over the continued harassment of Pakistani diplomats and their families there.” The daily further said,       “Unprecedentedly high frequency of ceasefire violations along the Line of Control has been a major factor fuelling the tensions.”

On March 11, Pakistan High Commission in New Delhi had lodged complaints of harassment with Ministry of External Affairs and was assured of an investigation. Similarly India had also alleged harassment of their diplomats in Islamabad at the hands of intelligence agencies.

At that time a demarche was made to the Indian High Commission in Islamabad and  Pakistan had threatened  to pull out the diplomats’ families from New Delhi if the intimidation did  not stop.

Recently, Major General Asif Ghafoor, DG of Inter-Services Public Relations (ISPR), the media wing of Pakistan Armed Forces, while talking to Gulf News, said India needs to behave “like a responsible country” stop atrocities on both sides of Line of Control (LoC) and discontinue “interference inside Pakistan through state-sponsored terrorism”.

The official document on India’s policy towards Pakistan available on Ministry of External Affairs’ website says, “India desires peaceful, friendly and cooperative relations with Pakistan, in an environment free from terrorism and violence. Terrorism emanating from Pakistan and territory under its control has, however, severly limited and disrupted initiatives to build a stable relationship”.