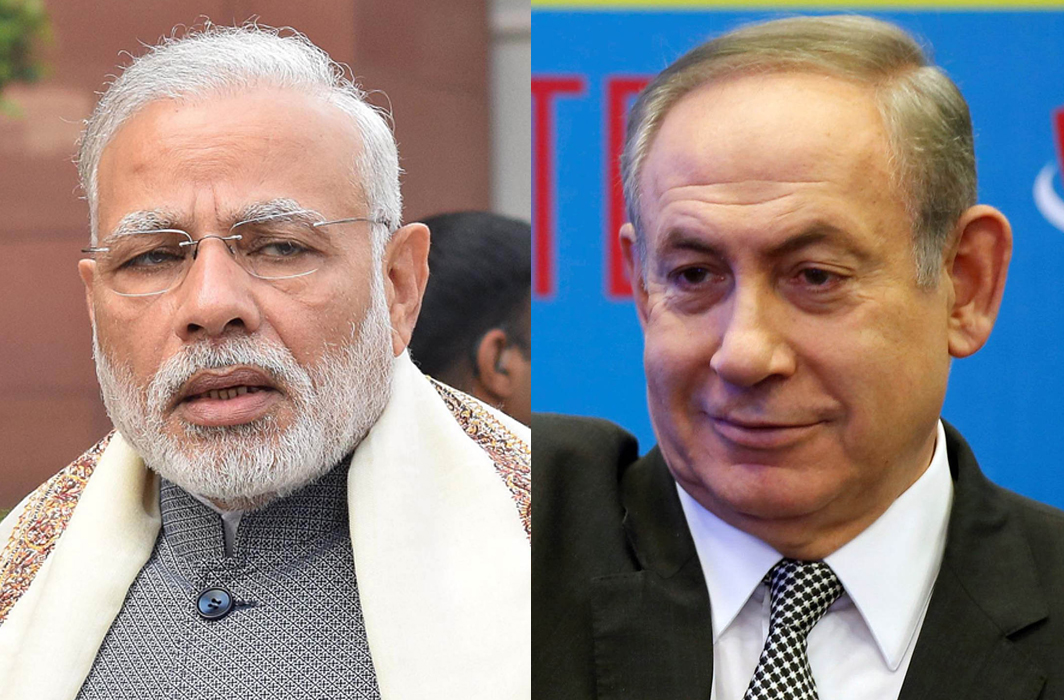 The relatively new India-Israel bonhomie makes much sense, both economically and strategically for India, and politically for PM Modi

This is a tricky issue, especially tricky for India, traditionally an Arab (read Palestine) backer. Prime Minister Narendra Modi will be travelling to Israel in July, the first Indian PM to do so, and he will not be stopping over in Palestine. That’s a rather unusual thing to do for a ‘friend’, when you are visiting a neighbour. One believes even the Arabs know the meaning of ‘atithi debo bhava’ and they would have reciprocated well.

The history of India-Palestine relationship cannot be overstated, starting from Mahatma Gandhi’s assertion that it wasn’t fair a land of and for the Arabs was forcibly sliced away and handed over to the Jews, who believed the Old Testament said this was their land.

India was always for the “Palestinian cause” trying to project its influence in multilateral forums. The draft resolution on “the right of Palestinians to self-determination” was co-sponsored by India and placed at the 53rd UN General Assembly. On the other hand, India recognised Israel only a year after its formation. India-Israel relations were on the upturn from 1992 and there have been no letup since. President Pranab Mukherjee visited Israel in October 2015.

There has been a safety valve put in place, though. It has been reported that India would possibly host Palestinian President Mahmoud Abbas before Modi’s visit to Israel. There will be a great deal of ironing out of kinks at that time and, fingers crossed, the Israel visit of Modi will not be affected by bad blood.

Let us look at this objectively. Gandhi’s views – it was also the view held by Prime Minister Jawaharlal Nehru – on Arab self-determination was on political lines. It not only protected India from the larger influence of the US, but also helped the country produce a counter-balance to Pakistan and a larger than life image as founder of the Non Aligned Movement (NAM).

Technically, NAM is a closed chapter, defence compromises being overtaken by economic considerations. In the new world order, sentiments of the past can cause a negative draft. Now it’s the human face versus the business face of a nation. Let us face the practical world.

Sooner or later, Modi will meet US President Donald Trump, and there will be discussions and deals to sign if Israel is happy. Like it or not, the Trump-Benjamin Netanyahu (Israeli Prime Minister) relationship is going to flower. India has huge defence partnerships going with Israel, and there is a possibility that US aircraft manufacturer Boeing would be interested in moving some of its manufacturing bases to India. Airbus has.

Think of the possibilities for Modi. He has not been able to create the jobs he had promised the country in 2014. What he has created instead is race-caste hatred, the debilitating frustrations and joblessness of demonetisation and an atmosphere of fear and apprehension. He has delivered exactly what he had promised to remove.

Therefore, the face-saver. Israel, and hence the US, can offer opportunities in manufacturing that can produce a decent number of jobs and a technical base that the country has failed to produce even after 70 years of Independence. Remember, the only brand that India can proudly claim Intellectual Property Rights to around the world today is probably the BrahMos missile system (the fastest in the world, with Russia) and the PSLV space vehicle.

This digression was necessary to bring some perspective to the issue. While we cannot crudely say thanks, but no thanks to Palestinian overtures, it would be up to Palestine to realise that the vital necessities of a nation can often override humanitarian overtures.

Here’s the rub. Modi needs the jobs, the industry, the recognition, the export capabilities he craves, and to top it all, he wants to be remembered as a great statesman. How logical the last aspiration is, only time will tell, but if he fails to put food on Indian tables, and seal their backyards safely, he is in for a shock outcome sooner rather than later, whatever the Uttar Pradesh polls might indicate.

One would not want to look at this from narrow, personal perspectives, but that possibly is what it is.

India has drawn huge advantages from Israeli technology advances, especially in the agricultural and defence sectors. They are now cooperating in cyberspace security issues that would be the key point of worry in the coming years. Modi wants to take it further. And in doing so if he can jump to the US, why not?

It was a great relationship Modi had with former US President Barack Obama. They had tea in the gardens and talked about cooperation and Obama managed a $ 10 billion defence deal out of it. What did India get? Not even a sanction against Pakistan. The humanitarian angle simply does not exist. India still has the market advantage, and technology has to be a big input in setting up industry for Make In India.

Frankly, Modi’s Make in India has suffered at the very concept stage. Make what, and for whom? The Indian domestic market is big, but oversupplied in the low-tech region. High-tech is Intellectual Property-dependant and such technology is mostly imported. Indian cannot survive on low tech-mass production any more. Nobody is buying.

In a recent, ambitious policy statement, it was announced that India would go for a Rs 10,000 per month minimum wage limit. There has been no talk as to how this would be possible in the unorganised sector. If the unorganised sector is left out – it employs 70 percent of all employable Indians, contributing over 40 percent to India’s GDP – what is the point of this exercise? And the low-tech factories across unorganised setups will never be able to afford this level of payment.

Conversely, Israel needs a market that is receptive not only of its technology, but also of its ideology. The India market is a good fit. There is great scope for cooperation, and sorry Palestine, you lose out on all counts.

Frankly, let’s not make a mountain out of this Israel-Modi molehill. The nation deserves to survive and prosper. The world is a little different now from the heady 70s, and there is opportunity to grab. The economic realities are in the face, we cannot avoid them.