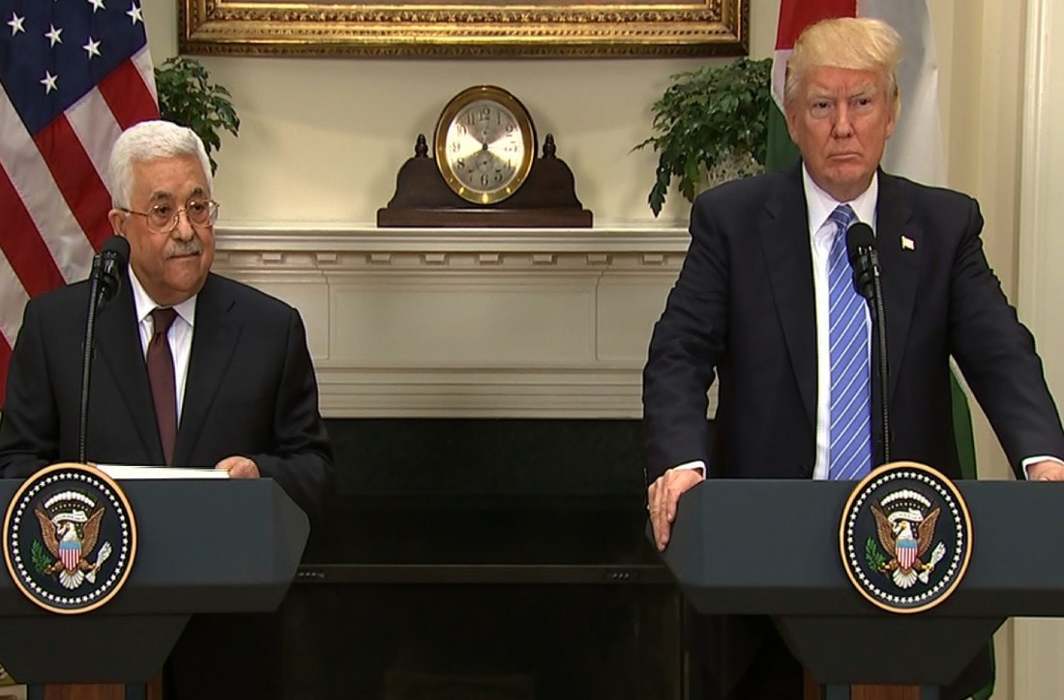 US President Donald Trump’s recognition of Jerusalem as Israeli capital has started embarrassing Washington officially by Mehmoud Abbas led Palestinian Authority (PA) government. The Ramallah based PA government, which used to be closer to Israel and US in compare to the resistant Gaza based Hamas, has now rejected White House invitation to attend a Gaza “stakeholders” summit next week.

According to Qatar based Aljazeera network,  Ahmad Majdalani, a senior official in PA government,  has told the Voice of Palestine radio on Friday that the PA would not attend the meeting, saying that the issue in Gaza was “political par excellence”.

He further said, “The United States is well aware that the real cause of the tragedy of the Gaza Strip is the unjust Israeli siege. What is needed is a political solution to this issue, not a humanitarian.”

This is for the first time when PA has refused to attend a US sponsored conference. In the post Trump’s Jerusalem move Palestinian President Mehmoud Abbas had said that US has lost credibility of being mediator in the peace process between Israel and Palestine.

While addressing Extra ordinary OIC Summit in Istanbul in December last year, Palestinian leader had formally declared that Palestinians will no longer accept the US as a mediator in the Middle East peace process following Donald Trump’s recognition of Jerusalem as the capital of Israel.

According to reports, Jason Greenblatt, an assistant to President Donald Trump, said that the meeting on March 13 will be a brainstorming session “devoted to solving the humanitarian crisis in the Gaza Strip and to improving life in the besieged enclave.”

Greenbaltt wrote on Thursday in an op-ed in the Washington Post, “In response to the burgeoning humanitarian situation in Gaza, key countries and stakeholders are preparing to act: There was a meeting in Cairo on Thursday, and there will be a brainstorming session at the White House next week to find real solutions to the problems that Hamas has caused.”

Observers believe that Trump’s Jerusalem move has brought PA and Hamas closer. US and its allies in the region have been complaining against Hamas resistance group because of its unrelenting attitude towards Israel. Hamas is also considered to be closer to Iran and Hezbollah. In 2006 Hamas won parliamentary election and formed the government which was not recognized by US and Israel, the claimant of supporter of democratic values.

The Gaza Strip’s collective of charitable organisations recently said more than 1,000 Palestinians have died as a result of the Israeli blockade on the coastal enclave.

Ahmad al-Kurd, the coordinator of the organisations said: “Out of the 1,000 or so victims of the blockade, 450 died as a result of the collapse of the health situation in Gaza, such as the lack of medical supplies and the crisis of medical referrals for outside treatment.”

The Israeli blockade of the occupied Gaza Strip, in its current form, has been in place since June 2007, when Israel imposed a land, sea and air blockade on the area after Hamas won elections in the enclave in 2006. Gaza people continue to face a desperate shortage of food and medicine supplies because of the Israeli blockade. Due to shortage of medical supplies doctors are unable to perform surgeries.

Israel controls Gaza’s airspace and territorial waters, as well as two of the three border crossing points; the third is controlled by Egypt. Movement of people in and out of the Gaza Strip takes place through the Erez also known as Beit Hanoun crossing with Israel, and the Rafah crossing with Egypt.

Both Israel and Egypt have kept their borders largely shut and are responsible for further deteriorating the already-weakened economic and humanitarian situations.

Observers believe that the present Egyptian dispensation of President Abdel Fettah al-Sisi enjoys friendly ties with Israel and US unlike previous Muslim Brotherhood government headed by Mohammed Morsi. Saudi Arabia has also been nursing friendly ties with Egypt, which has been helping Israel in Gaza siege causing deaths of Palestinians. Saudi crown prince Mohammed Bin Salman’s maiden foreign trip took him Cairo before going to UK and US.