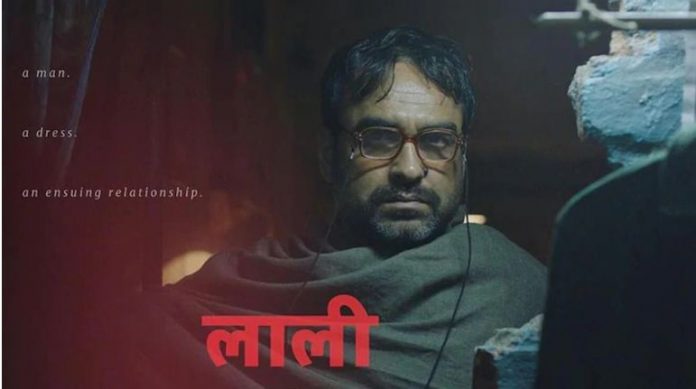 Pankaj Tripathi’s short film Lali will have its world premiere at the prestigious Dharamshala International Film Festival 2020. Known for his natural acting and calm demeanor, Pankaj Tripathi announced the big news on his Instagram handle.

Directed by Abhiroop Basu, Laali is a film about loneliness and longing that is entirely shot in Kolkata. The Mirzapur actor played the character of a laundryman in the film and it took him  just a moment to say yes to the short film.

Tripathi had said earlier that he shot for the first time in Kolkata. The producers of the film Sireesha Kadiyala, Madhu Singhee and Sushila Jain are a group of three young ambitious women who approached him for this film and narrated him the story at the Mumbai Airport in a span of 45 minutes and he agreed to play the part in Laali instantly. When they started shooting for the film initially it was meant to be for 20 minutes but at the time Basu wanted to retain some of the scenes instead of editing them out. Now, this film is 40 minutes long instead of 20 minutes and it’s looking beautiful. he added.

The actor said the makers decided to have a hand-painted poster as the first look of the film Laali. A Kolkata-based painter was roped in to draw the poster. The poster reflects the rich art and culture of Bengal with a dash of mystery.

The ninth edition of the film festival would be held online between October 29 and November 4 in the backdrop of the coronavirus pandemic.

Pankaj Tripathi will be next seen in the much awaited web series Mirzapur 2. The series has become the talk of the town since the release of its trailer. Directed by Karan Anshuman and Gurmmeet Singh, Mirzapur 2 will premiere on October 23 on Amazon Prime Video. The web series is produced by Farhan Akhtar and Ritesh Sidhwani.