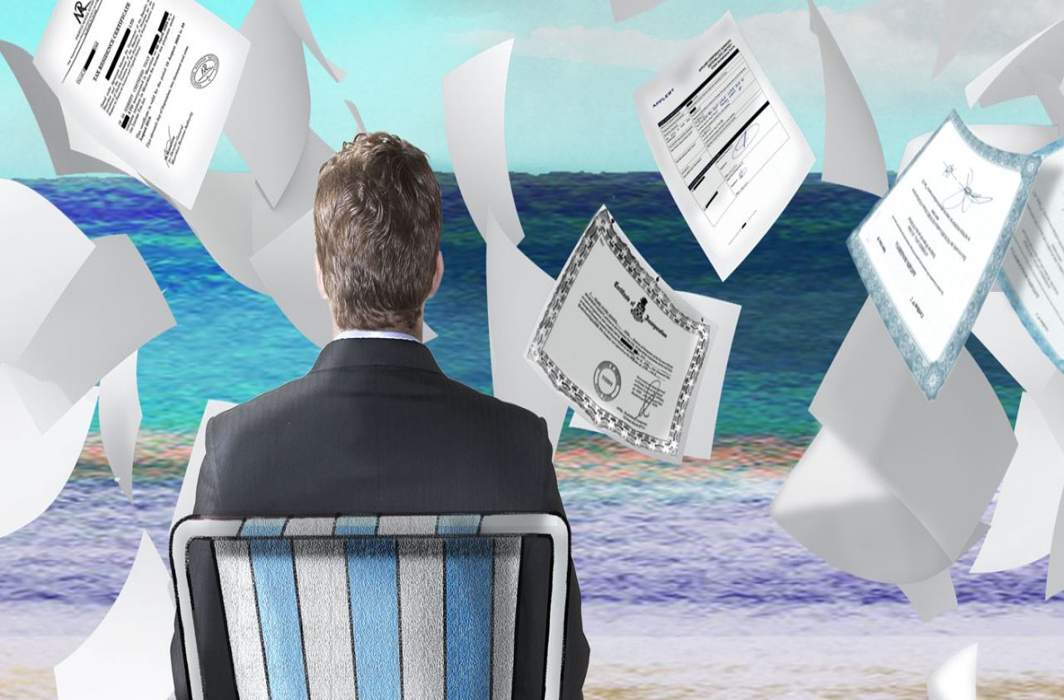 Two days before Narendra Modi government celebrates the first anniversary of demonetisation as Anti Black Money Day, India has emerged as the 19th out of 180 countries figuring in the Paradise Papers leak of offshore accounts in tax havens across the globe.

The names include prominent politicians and public figures and the latest revelations are said to be more serious than the April 2016 Panama Papers leak. While that leak had led to two heads of governments in other countries – Pakistan’s Nawaz Sharif and Iceland’s prime minister Sigmundur David Gunnlaugsson – losing their office, in India the matter is taking its own arduous course.

The papers name 714 Indian entities, and India’s Sun Group, which has as many as 118 offshore entities, is the second largest client of Appleby, the Berumda-based firm where majority of the records investigated are from.

There are also thousands of documents on India’s GMR Group that show an alleged attempt to avoid tax through a network of 28 offshore entities set up by Appleby.

Minister of State Jayant Sinha’s name also features in the Papers because of his past association with the Omidyar Network. There are records of offshore companies linked to BJP Rajya Sabha MP and founder of Security and Intelligence Services (SIS) RK Sinha.

Appleby’s files also revealed that when former Indian liquor magnate Vijay Mallya, who is on the run from Indian authorities at the moment, sold his United Spirits Limited India to Diageo, the latter approached a London-based law firm to implement a massive restructuring exercise aimed at simplifying the complex corporate structure Mallya had created. The documents go on to reveal that close to USD 1.5 billion of USL Holdings’ loans, which were funnelled into four subsidiary companies in the form of debt, were waived off by Diageo.

The papers, according to the report, also reveal names of Indian firms already under investigations by Central Bureau of Investigation (CBI) and the Enforcement Directorate’s (ED) in relation to various cases. Firms involved in the Sun-TV-Aircel-Maxis case, Essar-Loop 2G case, SNC-Lavalin Kerala hydroelectric scandal (which involved the now-acquitted Kerala Chief Minister Pinarayi Vijayan), and the Rajasthan ambulance scam under the CBI.

Other leading personalities from India named in the report are veteran actor Amitabh Bachchan and corporate lobbyist Niira Radia, who figured in the Panama Papers leak in April 2016 and are in this list as well. Movie star Sanjay Dutt’s wife Manyata also features under her former name Dilnashin. The Indian Express reports that she held positions in a company registered in the Bahamas. A spokesperson for Manyata said the necessary disclosures were made to the income tax authorities.

Among the politicians, apart from the two Sinhas from BJP, there are names of Congress leaders as well.

The Indian Express report said a company registered by Appleby Mauritius had invested in an Indian firm that is at the centre of an investigation by the CBI and the Enforcement Directorate in connection with the Rajasthan Ambulance “scam”. One of the founders of the firm is Ravi Krishna, son of Congress leader and former Union minister Vayalar Ravi, who is also one of the founders of the company. A police complaint had earlier named former Rajasthan chief minister Ashok Gehlot, former finance minister P Chidambaram’s son Karti, and former Union minister Sachin Pilot.

In addition to Vayalar Ravi, M Veerappa Moily is the other UPA minister in the limelight in connection with the Paradise Papers. According to The Indian Express, Moily’s son Harsha started a firm which received investments from subsidiaries a company linked to tax havens. Veerappa Moily was the Union minister for Corporate Affairs at the time.

NOTE: ICIJ, which sifted through the data, published the following disclaimer with regards to information provided: “There are legitimate uses for offshore companies, foundations and trusts. We do not intend to suggest or imply that any persons. companies or other entities included in the list have broken the law or otherwise acted improperly.”

Media reports said markets regulator Sebi will look into alleged fund diversion and corporate governance lapses at various listed firms and their promoters, including those linked to Vijay Mallya, named in the leaked ‘Paradise Papers’. While some entities linked to Mallya are already being probed by Sebi and other agencies, any fresh disclosure in the leaked documents made public by ICIJ (International Consortium of Investigative Journalists) would be thoroughly looked into, senior officials said.

The disclosures about other listed firms and those associated with them or their promoters would also be looked into for any irregularities including about corporate governance and disclosure norms, the officials added. According to reports, officials maintained that mere presence of any Indian entity in an offshore tax-friendly jurisdiction may not amount to violation of laws, but non-disclosure about such entities and routing of funds to them could be ascertained only after a thorough investigation.

Unfazed by its leaders being named in the report, Congress hit out, demanding MoS for Civil Aviation Jayant Sinha’s resignation and registering a case against him.

Congress national spokesperson Randeep Surjewala said, “The Paradise Papers raises serious conflict of interest questions against Sinha. The government should order a probe and register an FIR against him.”

Before he was elected Lok Sabha MP from Hazaribagh in Jharkhand in 2014 and became a MoS at the Centre, Sinha was the managing director of Omidyar Network in India. Omidyar Network invested in a US company D.Light Design that has a subsidiary in the Cayman Islands. Records of offshore legal firm Appleby show Sinha served as director of D.Light Design, which he did not mention this in his declaration to the Election Commission, nor to the Lok Sabha Secretariat or the Prime Minister’s Office in 2016.

In response to the report, Jayant Sinha issued a statement: “Full details have been provided to Indian Express. These were bonafide and legal transactions undertaken on behalf of highly reputed world-leading organisations in my fiduciary role as Partner at Omidyar Network and its designated representative on the D.Light Board. All these transactions have been fully disclosed to relevant authorities through all necessary filings as required. After leaving Omidyar Network, I was asked to continue on the D.Light Board as an Independent Director. On joining the Union Council of Ministers, I immediately resigned from the D.Light Board and severed my involvement with the company. It is crucial to note that these transactions were done for D.Light as an Omidyar representative, and not for any personal purpose.”

SIS founder and BJP MP Ravindra Kishore Sinha went on a ‘maun vrat’ (vow of silence) for a week.

When asked about the names of Sachin Pilot and son of minister Vayalar Ravi coming up in the Paradise Papers related to the Rajasthan ambulance scam, he said, “CBI and ED probe has already been initiated against Sachin Pilot. Will the government order probe against all those in the list.”

Former Pakistan prime minister Shaukat Aziz figures in a new trove of data leaks on offshore dealings, about 18 months after the Panama Papers listed Nawaz Sharif for graft and money laundering charges that cost him his premiership.

Aziz was reported to be linked with Antarctic Trust, which was set up by him, and includes his wife, children and granddaughter as beneficiaries. Aziz had set up the trust in the US state of Delaware before becoming finance minister in 1999. He was working for financial giant Citibank at the time. The trust was not declared at any point during his stint as the finance minister or the prime minister.

The Papers revealed that US President Donald Trump’s Secretary of Commerce Wilbur Ross, who is also a billionaire, holds a stake in a shipping company called Navigator, which operates a lucrative partnership with Sibur, a Russian gas company part-owned by Vladimir Putin’s son-in-law Kirill Shamalov.

Ross’s ties to Russian entities raise questions over potential conflicts of interest, and whether they undermine Washington’s sanctions on Moscow. A Commerce Department spokesman denied any wrongdoing on Ross’ part, said media reports.

The Paradise Papers have exposed investments of a Russian firm in social networks Twitter and Facebook along with scores of other smaller transactions of similar nature.

The Paradise Papers also revealed that as much as £10 million of Queen Elizabeth II’s private money was invested offshore, in the Cayman Islands and Bermuda, through the Duchy of Lancaster, which is one of the sources of revenue for the crown and is responsible for handling investments on behalf of the Queen’s £500 million private estate.

Three former Canadian prime ministers – Brian Mulroney, Paul Martin and Jean Chretien –have also been linked. Huffington Post quoted the Canadian Revenue Agency as saying it will investigate any evidence that crops up against Canadian nationals in the Paradise Papers.