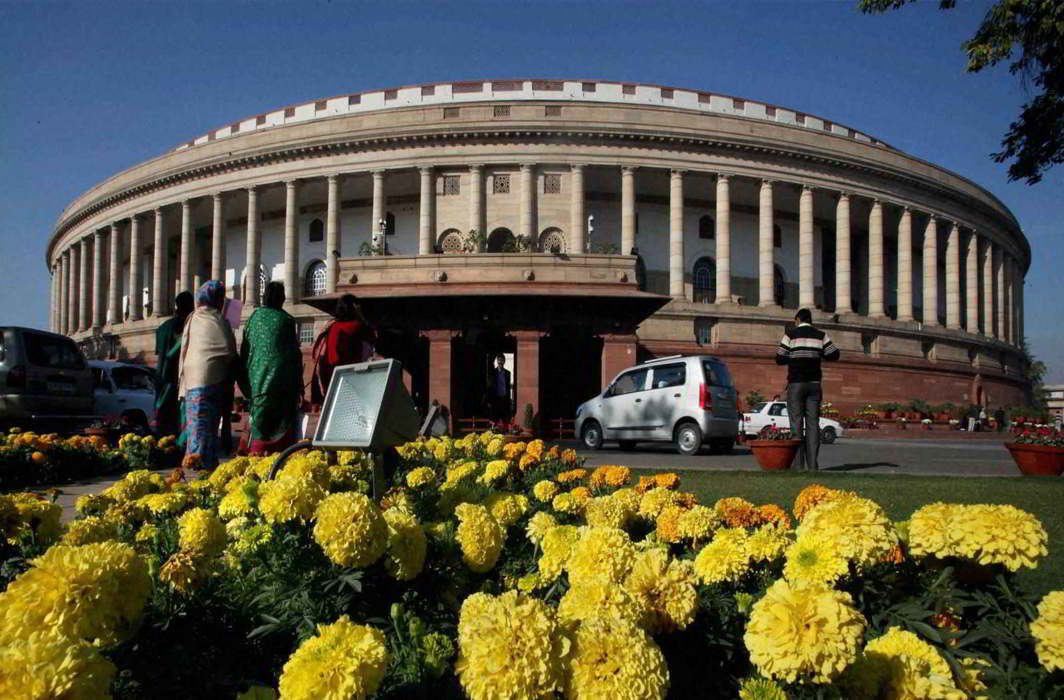 Session will witness only 14 days of work; Opposition to target BJP over GST rollout impact, rising food prices and allegations against Amit Shah and son

Finally, the suspense over whether or not the Centre will convene the winter session of Parliament ended on Friday. The Cabinet Committee on Parliamentary Affairs (CCPA) met under the chairmanship of Union home minister Rajnath Singh on Friday morning and decided that the winter session will be convened from December 15 to January 5, with just 14 working days.

The announcement of the schedule for the winter session – traditionally convened between mid-November and mid-December – came after sustained criticism of the Centre by the Opposition parties of delaying the Parliament session due to elections scheduled for the Gujarat assembly.

Gujarat will go to polls in two phases – December 9 and 14 – while the result will be announced on December 18 along with that of the Himachal Pradesh assembly election for which votes were cast on November 9.

Union parliamentary affairs minister Ananth Kumar brushed aside attacks from the Opposition over the Centre’s delay in convening the winter session. Asserting that “the schedule of the Parliament Session has been decided so as to avoid any overlap with the Assembly Elections in the States”, Kumar told mediapersons that this was not an “unprecedented practice”.

Kumar, who is part of the CCPA, told reporters that parliament sessions have, in the past, been delayed during the government’s headed by PV Narsimha Rao and Dr Manmohan Singh – both prime ministers who headed Congress-led coalitions – using the same argument of avoiding a clash with assembly polls.

Though a small session, which after factoring in Christmas holidays (December 25 and 26) and weekends will leave just 14 working days for legislative proceedings, the winter session is set to witness stormy scenes between the Treasury and Opposition benches.

The Congress-led Opposition – after months of deliberations over projecting unity in countering the Prime Minister Narendra Modi-led government – is expected to come armed with a host of issues on which it would seek to put the Centre on the mat.

Among the issues that the Opposition is likely to rake up to corner the Centre are the continuing adverse impacts on the economy and lives of common citizens from demonetisation and the GST rollout and rising food prices. The Congress and other Opposition parties are also expected to slam the government on allegations of financial impropriety and opacity that have been leveled in news reports against two prodigal sons – BJP president Amit Shah’s son Jay Shah and National Security Adviser Ajit Doval’s son Shaurya.

Besides, the recent allegations by the family members of a judge who died under mysterious circumstances while he was presiding over the Sohrabbudin Sheikh encounter case in which Amit Shah was an accused, will also be used by the Opposition to counter the BJP.

The session is also likely to draw some attention on Congress vice president Rahul Gandhi as it is expected to be the first session of Parliament that Rahul would participate in after his likely elevation as Congress president (possibly on December 5).

However, despite the expected onslaught from the Opposition, the Centre is planning to come armed with an important list of legislative agenda which would help Modi.

The agenda, which is likely to include a Bill that proposes to ban the Islamic practice of instant triple talaq (talaq-ul-biddat), which had been declared “unislamic, arbitrary and unconstitutional” by a historic Supreme Court verdict earlier this year, would help the Narendra Modi government to effectively counter the Opposition in case of a deadlock forced through its protests in Parliament. If the Opposition’s protests cause a logjam in Parliament, Modi and his BJP will have the opportunity to tell the public that they had a reformist legislative agenda but could not pursue it because of the Opposition.

Besides the proposed Bill banning instant triple talaq, the Centre is likely to re-introduce a Bill that envisages a constitutional status for the National Commission for Backward Classes (NCBC) to which the Opposition had successfully moved three crucial amendments in the Rajya Sabha during the monsoon session, forcing the government to withdraw the Bill it had already got cleared from the Lok Sabha.

At Friday’s media briefing on the agenda for the winter session, Kumar told mediapersons that the issues of NCBC and triple talaq are “very important” and that “the country expects that the Bills pertaining to these two issues will come to Parliament in this Winter Session.” Kumar added: “If that is the aspiration of the country, the Government is committed to respond to this desire.”

However, Congress president Sonia Gandhi‘s demand to Prime Minister Narendra Modi of getting the Women’s Reservation Bill passed by Parliament is likely to remain unfulfilled during the upcoming session, sources said.