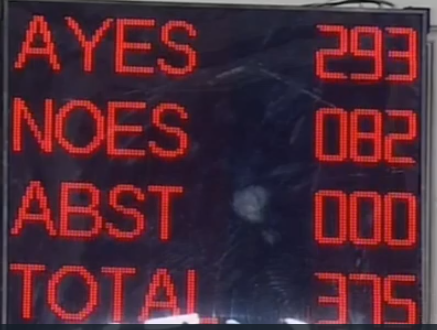 Home Minister Amit Shah tabled the Citizenship Amendment Bill or CAB in the Lok Sabha, amid strong opposition both inside and outside Parliament. Congress has called the Bill a “targeted legislation”.

Home Minister Amit Shah today rejected the contention of the Opposition that the Citizenship Amendment Bill was against any community. “It’s not even 0.001% against the minorities of the country”, he said.

5:15 pm: Citizenship Amendment Bill is against Article 14, Article 15, Article 21, Article 25 and 26 of the Indian constitution. This bill is unconstitutional and against the basic features of the constitution, said Manish Tewari.

5:00 pm: In 1947, after partition, the country accepted all the refugees with open arms. There is hardly any region of the country where the refugees from West and East Pakistan didn’t settle.

4:45 pm: Manipur will be included in Inner Permit System, and with it the issue has been resolved. He extended gratitude to Prime Minister Modi on behalf of the people of Manipur for fulfilling the long-standing demand.

4:40 pm: Home Minister Amit Shah in Lok Sabha said,  there is no political agenda behind this bill. There is no question of injustice done to anyone.

2:40 pm:  According to news agencies, no need to worry about National Register of Citizens (NRC) and CAB; we will never allow it in Bengal: Mamata Banerjee

1:35pm: Lok Sabha passes the introduction of Bill with 293 in favour and 82 against.

1:30 pm: The Bill goes for voting in the Lok Sabha

1:25 pm: Amit Shah in Lok Sabha said, except Muslims all the other religious communities have been discriminated against in the neighbouring countries. So this bill will allow these persecuted sections to apply for citizenship in the country. Muslims cannot be discriminated against in our neighbouring countries–Afghanistan, Pakistan, and Bangladesh–as they have Islam as their state religion.

1:20 pm: Congress is responsible for creating two nation-states on the basis of religion. That is why we need a bill like CAB, says Home Amit Shah.

12:58 pm: Lok Sabha Speaker Om Birla requests Asaduddin Owaisi not to use such unparliamentary language in the house. His remark will be expunged from records, said Birla.

12:55 pm: Owaisi appealed the Speaker and the House to save the country from such divisive law. “I appeal to this House to save our Home Minister also, otherwise, like in Nuremberg race laws and Israel’s citizenship Act, his name will feature along with Hitler and David Ben-Gurion”, said Owaisi.

12:50 pm: Shashi Tharoor says the bill is against the foundational basis of the country. Religion cannot determine nationhood.

12:45 pm: Saugata Roy of TMC called the bill divisive and unconstitutional legislation. The Bill is violative of 14 of the constitution. This law goes against everything our founding fathers including Dr. Ambedkar envisioned.

12:41pm: . K. Premachandra of Revolutionary Socialist Party MP said the bill violates the basic structure of the constitution envisioned in the preamble as religion cannot be the basis for citizenship. It is against the secular fabric of the country.

12:30 pm: Union Home Minister Amit Shah said that he will answer all questions in the due course of House proceedings, stressing that the Bill is not against any minority. He also requested the opposition not to walk out.

Congress leader in Lok Sabha Shri @adhirrcinc gives a resounding speech on the unconstitutionality of the Citizenship Amendment Bill 2019. pic.twitter.com/Fa09qmOLAN