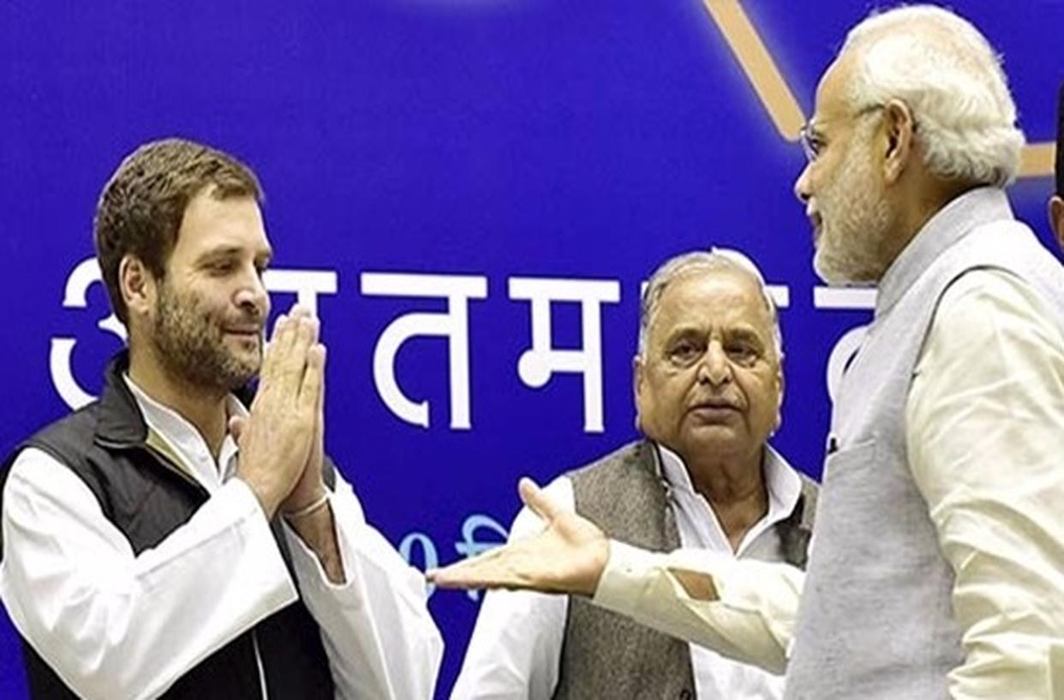 A day after Prime Minister Narendra Modi made his third visit to his home state of Gujarat within a month to shore up support for his distraught BJP, the saffron party’s troubles in the state which it has ruled for over two consecutive decades seem to be mounting even as its principal political rival, the Congress, appears to be consolidating voter-support.

On Monday, Nikhil Sawani – a prominent face of the state’s politically influential Patel/Patidar community who had joined the BJP just 15 days ago – quit the saffron party “in protest” against allegations made by another Patel Andolan leader – Narendra Patel – who had on Sunday night, in a dramatic turn of events, claimed that he had been offered Rs 1 crore in bribe to join the BJP.

Met Rahul Gandhi, I put forward my viewpoints with regard to the aandolan and justice to Patidars: Nikhil Sawani, who resigned from BJP pic.twitter.com/wBTOcf3dqJ

Narendra Patel, a close aide of Hardik Patel who has emerged as the face of the two-year-old Patel agitation – had joined the BJP earlier on Sunday in what was touted as a big catch for the ruling party ahead of the state assembly polls scheduled for December. However, within hours, Narendra Patel convened a press conference, brandishing wads of currency notes totaling to Rs 10 lakh, and alleged that the money was an “advance bribe” given to him by the BJP to join the party.

I was offered Rs 1 crore to join the Bharatiya Janata Party. I have already been given Rs 10 lakh advance: Narendra Patel, Patidar leader pic.twitter.com/NZUN1NibQp

The humiliation from the BJP has come at a time when the party is already facing flak for allegedly pressurizing the Election Commission to delay an announcement on the poll schedule for the Gujarat Assembly elections. Earlier this month, Chief Election Commissioner (CEC_ AK Joti had, in a controversial move, broken with the poll panel’s convention of announcing simultaneous polls for assemblies whose terms end within six months of each other when he declared the poll schedule for Himachal Pradesh but deferred it for Gujarat. Joti is now facing allegations that he had done so as a “quid pro quo” to favour the BJP, whose government in Gujarat had purportedly extended a favour to the CEC by letting him retain an official bungalow in the state for a year after he moved to New Delhi to head the poll panel.

In what is significant about the developments that began rolling since Sunday is that they come close on the heels of Prime Minister Narendra Modi’s frequent visits to his home state – three within this month alone – to drum up support for his party. Modi’s speeches at various public rallies in Gujarat have also drawn criticism for his reported attempt at continuing to blame the Congress for the political, administrative and social troubles which plague the state that he himself ruled for 12 years (of the 22 that the BJP has ruled the state). The Opposition as well as a section of political observers has noted that Modi seems to have suddenly gone on the defensive, dumping his characteristic style of perpetually being in attack-mode, while speaking to his Gujarati electorate.

The events also coincide with apparent political gains for the Congress, which only a few months ago – during the Rajya Sabha polls in the state – was fraught with internal troubles that began with cross-voting during the Presidential polls and continued with the resignation of party veteran Shankersinh Vaghela and over half a dozen legislators loyal to him just before Congress president Sonia Gandhi’s political secretary Ahmed Patel was to face his election for Parliament’s Upper House. While Ahmed Patel had managed to secure his RS seat after much drama within the Congress’ ranks, it was believed that the party was once again losing ground to the BJP and would be routed in the forthcoming assembly polls.

However, in stark contrast to the BJP’s growing troubles, the Congress seems to be on an upswing. On Sunday it managed to rope in prominent backward caste and adivasi activist-leader Alpesh Thakore within its ranks and is likely to field him as a party candidate in the upcoming polls too. The party’s efforts to get the big-catch of Hardik Patel have so far not yielded fruit while the state’s rising Dalit leader, Jignesh Mewani has been non-committal on the party’s offer to him for contesting polls as a Congress candidate.

Yet, there seems to be increasing support for the Congress in the state which is working to build a formidable rainbow coalition of Patidar-Dalit-Adivasi-Minority communities. Whether this would actually turn into incremental votes for the party and help propel it to the seat of power the state that has evaded it for over two decades is still unclear, but there seems to be a perception that the BJP’s popularity is waning. The Congress is also taking much joy from the indisputable fact that its vice president, the gaffe-prone Rahul Gandhi who has often been spurned by the electorate of Gujarat (and rest of the country), is attracting huge crowds during his public rallies – including the one organised in Gandhinagar on Monday – and that the electorate seems to be reacting approvingly of his attack against the BJP for its failure to provide jobs to youth and allegations against Prime Minister Narendra Modi for sending the Indian economy on a downward spiral.

Delhi’s immunisation officer Suresh Seth has said the city can be vaccinated within a month once vaccination begins. It has enough infrastructure...
Read more

Commuters headed towards Delhi from other states were affected by the farmers' protests. They said they were facing problems after getting stuck on Delhi-Panipat Highway due to the road blockade.
Read more

A 20-second video shows a body is lying on a stretcher in an isolated area of the hospital and a stray dog is nibbling at it. The video is widely shared on social media and has sparked a debate on Uttar Pradesh's government hospital conditions.
Read more