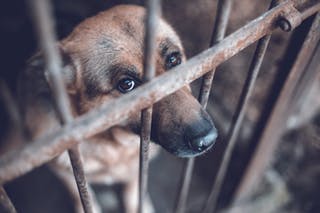 Animal Welfare Board of India (AWBI) issued an advisory for animal cruelty, under which it has asked all film directors, producer associations, production houses, OTT platform associations, and other and advertisers to stop animal cruelty in the entertainment industry. It said the industry has to use the modern methods of technology visual effects (VFX), such as computer-generated imagery (CGI), and animatronics over real animals so that it can stop the infliction of unnecessary pain and suffering to them.

This comes after the People for the Ethical Treatment of Animals (PETA) in India appealed to the board about animal cruelty in the entertainment industry. The group also informed the AWBI about the recent death of a horse on the set of the upcoming Telugu film Ponniyin Selvan.

The AWBI advisory observed that innocent animals are often used to transport to unfamiliar locations, where they are exposed to disorganized conditions on a movie set, their trainers are used to train them for situations which completely clueless to them.

The board also observed that the animals being used in films and televisions shows are usually separated from their mothers as infants, starved or beaten during their training, forced to perform dangerous confusing or tasks, and caged or chained when not being used.

PETA India’s Chief Advocacy Officer Khushboo Gupta informed the people about the AWBI’s action. She said there is a moral responsibility of Indian production companies to use CGI, VFX, and other types of modern technology and should follow the example of many renowned foreign and Indian filmmakers that have used this technology instead of live animals.