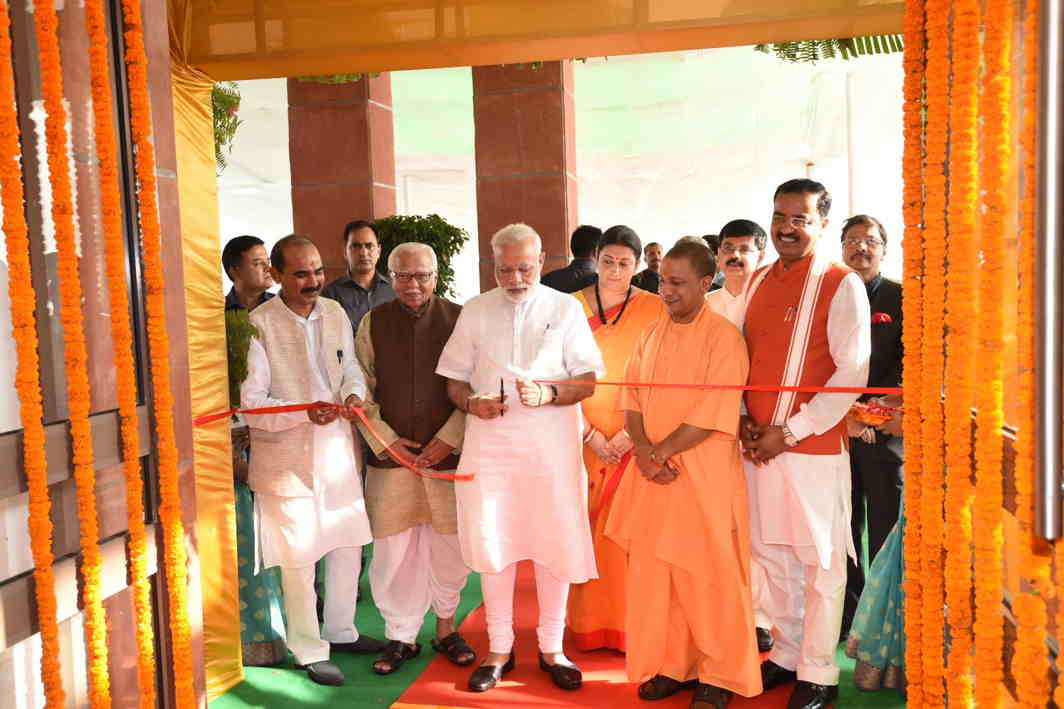 On a two-day visit, Modi is on his first trip to his parliamentary constituency after powering BJP to a historic win in Uttar Pradesh Assembly elections earlier this year.  This is his 11th visit to Varanasi since he assumed office in 2014.

Modi said that “the solution to all problems lies in development and the government is working in the right direction.”

“Previous governments seemed to hate development and used public money to win elections. Nobody wants to pass on a legacy of poverty to their kids. We are working in the direction of helping our citizens stand on their own feet,” Modi said while addressing a huge gathering in Varanasi’s Lalpur stadium.

“When we lay the foundation stone for a project, we are the ones who inaugurate it,” he added.

Modi said projects on such a large scale was never inaugurated in Varanasi for many decades.

The 17 infrastructure projects include the Ramnagar-Samne Ghat bridge and the Balua Ghat bridge, foundation of around six projects including Ramna Sewage Treatment Plant (STP). Uttar Pradesh Governor Ram Naik and UP CM Yogi Adityanath were also present on the occasion.

PM also dedicated Deendayal Hastkala Sankul – a trade facilitation centre for handicrafts – at Bada Lalpur and flagged off Mahaman Express through a video link. This train will connect Varanasi with Surat and Vadodara in Gujarat. From the same venue, PM also unveiled plaques to mark the laying of Foundation Stone or dedication of various development works in the city, including the inauguration of services of the Utkarsh Bank, which specializes in micro-finance.

PM is scheduled to visit historic Tulsi Manas Temple in Varanasi and release a postal stamp on “Ramayana.” Later, he will also visit the Durga Mata Temple in the city.

On Saturday, PM will briefly participate in a sanitation related activity in village Shahanshahpur. He will then visit a Pashudhan Arogya Mela. The Prime Minister will also distribute certificates to beneficiaries of the Pradhan Mantri Awas Yojana (Rural & Urban), and will address the gathering.

PM Modi observes the nine-day fast during Navratri and a special prayer and “darshan” have been arranged for him at the Durga Kund temple.