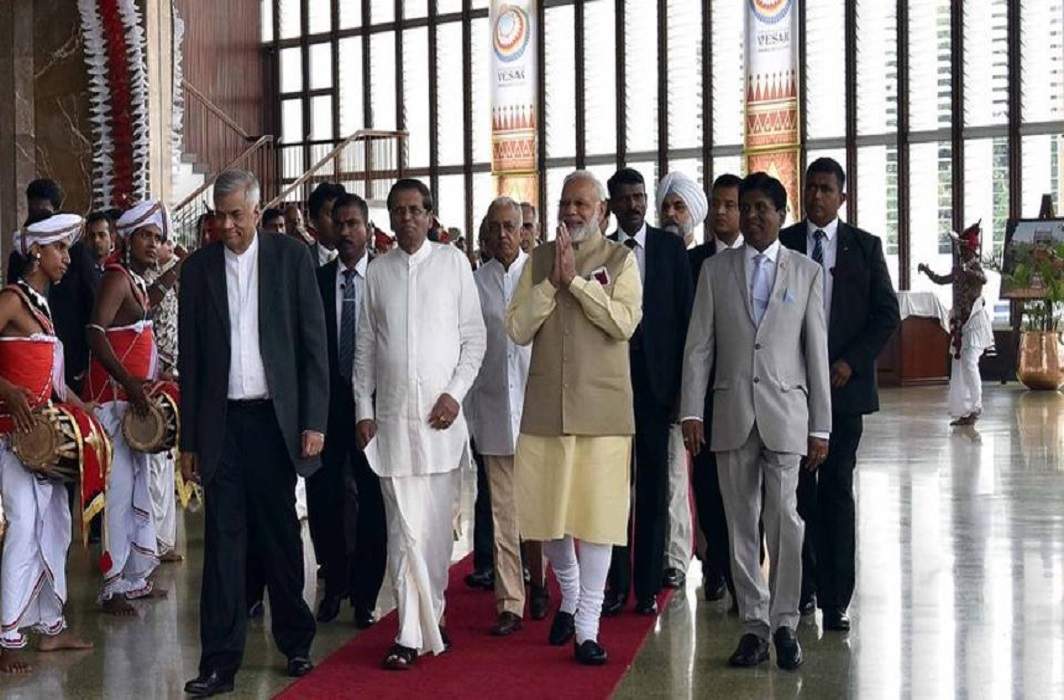 PM Modi is on a two-day visit to Sri Lanka

Colombo:Prime Minister Narendra Modi, who is in Sri Lanka on a two-day tour, announced a direct flight between Varanasi to Colombo from August this year.

“India is a land of Budhha. From August this year, Air India will operate a direct flight between Varanasi and Colombo. This will ease the travel to the land of Buddha,” said Modi.

PM Modi was speaking as the chief guest at the opening ceremony of the 14th International Vesak Day Celebration.

According to reports from the island nation, Modi will also inaugurate an Indian Funded 150 bed multi speciality hospital at Dickoya situated in the central district which is home to Tamil tea plantation workers of Indian origin.

Applauding Modi’s announcement, Sri Lankan Prime Minister Ranil Wickremesinghe said he was “proud to host Vesak Day celebrations in Colombo”.  “I want to thank PM Modi for being the Chief Guest during the celebrations,” he said.

The Vesak day marks the birth, enlightenment  and passing away of Lord Buddha. This is the first time that Sri Lanka is hosting the International Vesak Day, recognised by the UN. The theme of the event is “Buddhist teachings for social justice and sustainable world peace”.

Modi’s visit is expected to give a fresh boost to the bilateral cooperation in  India-Sri Lanka ties.