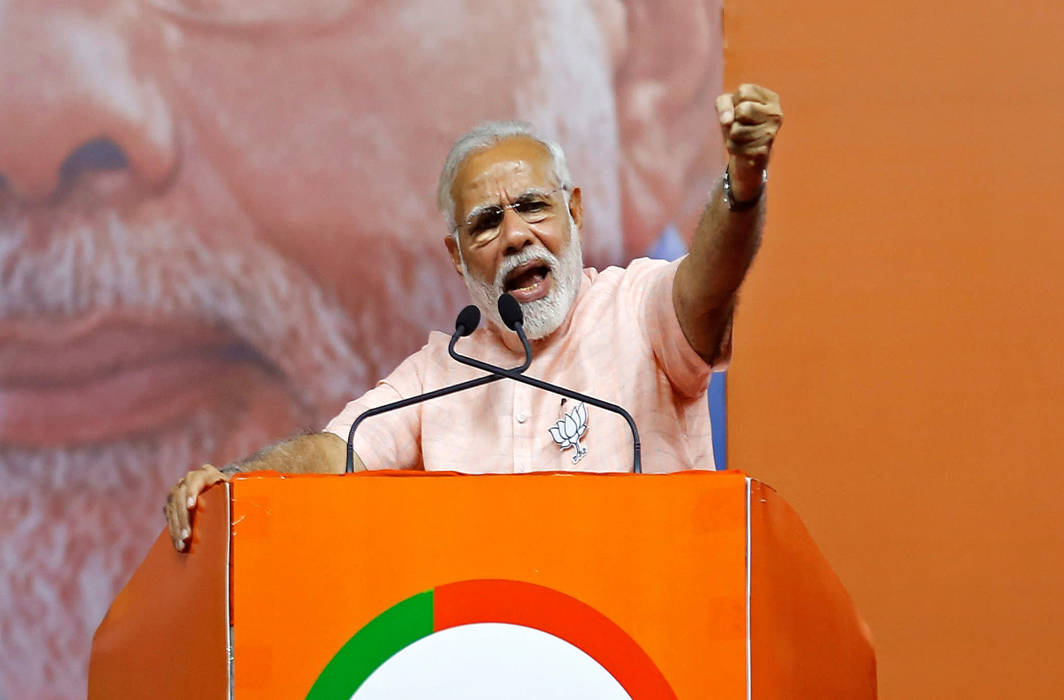 While the BJP and its sister organisations of the RSS fraternity build a hype over Ram temple and Hindutva, the Congress has committed the folly of trying to ape BJP and attempting to take it on on the latter’s turf in the assembly election campaign.

While there is no dearth of issues relating to governance to take on the BJP governments in the states and the Centre, the Congress has not only tried Hindutva issues, talked about Ram yatra and cow sheds, it has also sunk to the street level tasteless attacks made in public.

Given Narendra Modi government’s track record and its ‘outstanding’ failures on a variety of fronts, one would suspect that governance and development would be the last thing he would want the electoral debate to be centred on. Yet, the Congress has given him the courage to ask for precisely that.

“Two days ago, they dragged my mother’s name during a rally and today I read they had dragged my father’s name who died 30 years ago and had nothing to do with politics, and ‘Namdaar’ [inheritor of dynastic name – referring to Gandhi] is defending them [those making such remarks],” Modi said in Vidisha in poll-bound Madhya Pradesh. The state will vote on November 28.

Modi was referring to Congress leader Vilasrao Muttemwar’s remark that no one knows the prime minister’s parents while everyone knew Gandhi’s family. In the video that has since gone viral, Muttemwar can purportedly be heard saying, “The world knows who the father of Rahul Gandhi was, who the grandmother of Rahul Gandhi was, but nobody knows the name of Modi’s father.”

Modi trained his guns on Congress, saying: “A few days ago, a Congress leader dragged my mother into politics. She doesn’t know the R of rajneeti. Was it necessary? Is this all you have? I thought the outrage over that will teach Congress a lesson but now they have dragged my father, who died 30 years ago. No one in my family has ever had anything to do with politics. Why did you drag my father,” Modi asked.

Modi said the Gandhi family was well-known as it had occupied top positions at the national level.

Modi claimed that no Congress leaders would make such a statement without prior permission from Gandhi. “What has happened to the Congress party? ‘Naamdar’ [Gandhi] is tacitly supporting it,” he said. “The Congress is running out of steam in this election, so they have started dragging my parents into politics.”

Modi last week had also accused the Congress of dragging his mother into election campaigns, claiming the party did not have the courage to confront him. He was responding to Congress leader Raj Babbar, who had compared the decline in the value of the rupee to the age of Modi’s mother.

At another election rally in Rajasthan’s Alwar on Sunday, Modi accused the Congress of believing in “jatiwadi mansikta” [casteist mentality], the Hindustan Times reported. “Someone abuses my mother, someone questions my caste,” he said. Modi was referring to comments made by Congress leader CP Joshi on his caste.

While the Congress leaders did not respond, National Conference leader Omar Abdullah retorted quickly. He tweeted:

I’m sorry to have to remind the Hon PM that he himself dragged Mrs Sonia Gandhi’s parents in to a speech of his while having a dig at them. It in no way justifies what the idiots on the other side are doing but the PM can’t play victim here. https://t.co/mvCChZIbvJ

For those of you who live in denial or have weak memories. https://t.co/9SEGiLPd5b

Then, to refresh the memory, he added:

To add to this, Uttar Pradesh Chief Minister Yogi Adityanath triggered a row by taking an “Italy” jibe at former Congress president Sonia Gandhi and referring to her as ‘Italian mafia’. While speaking at a political rally in poll-bound Madhya Pradesh, Yogi Adityanath said Congress had brought mafia as dowry from Italy.