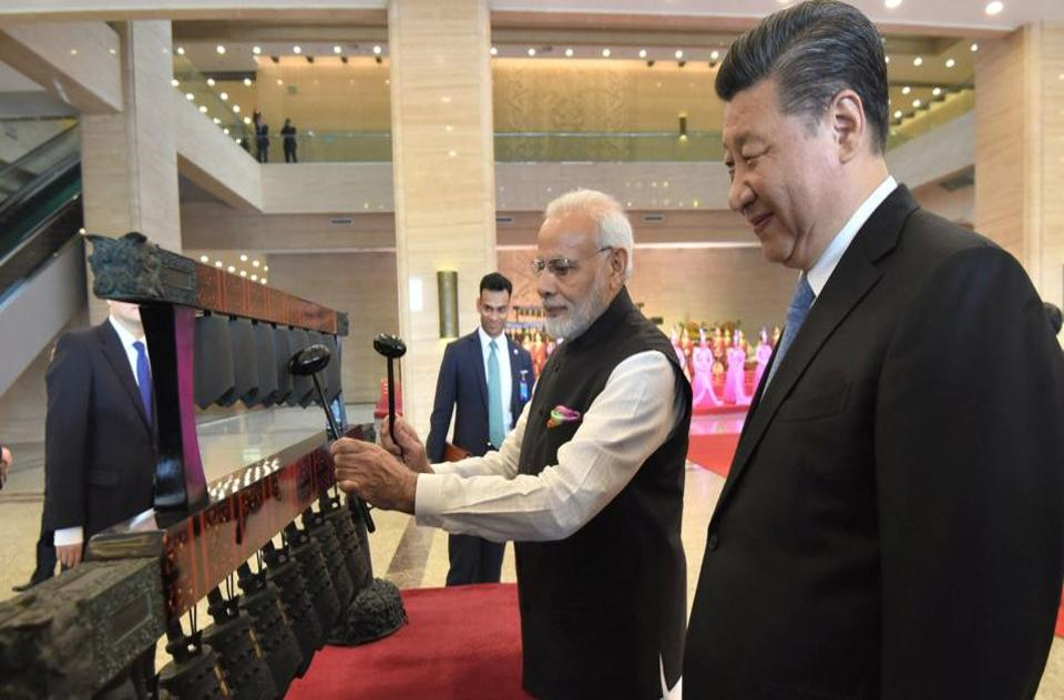 Next Informal Summit expected in India

During the summit Modi and Xi underlined the importance of maintaining peace and tranquillity in the border region. They will issue strategic guidance to their respective militaries to strengthen communication in order to build trust and mutual understanding. The two sides will also work together in implementing confidence building measures.

Modi and Xi decided to strengthen the Closer Development Partnership in a mutually beneficial and sustainable manner. This will be conducive for the development and prosperity of the people as well as the region.

PM Modi  held one-on-one talks with Xi which is being seen as an effort by India and China to rebuild trust and improve ties that were hit by the 73-day-long Dokalam standoff last year.

Two leaders have also agreed to undertake a joint economic project in Afghanistan, a first of its kind by the two countries in the war ravaged country. Officials of both sides will identify the project in following up discussions and work out modalities. Observers believe that India-China cooperation in Afghanistan may irk Pakistan.

The two leaders will seek a fair settlement to their border disputes, and to this end Special Representatives appointed by the two governments will play a key role.

The two leaders have recognised the common threat posed by terrorism and committed to cooperate further on counter-terrorism efforts. However, the issue of getting Jaish-e-Mohammad chief Masood Azhar enlisted as designated terrorists at UN, was not discussed in particular.

The two countries have also agreed to push forward bilateral trade and investment in a balanced and sustainable manner by taking advantage of complementarities between the two countries. Both the leaders reiterated the importance of building an open and pluralist global economic order in which all countries can freely participate to pursue their development.

The two leaders have agreed to hold more informal Summit for direct, free and candid exchange of views. Both agreed that meetings on the lines of Wuhan summit will determine the future direction of ties between the countries. Before leaving, PM Modi extended invitation to Xi to India for a similar informal summit next year.

The two leaders began their informal meetings way back in 2014 when Xi was hosted by PM Modi at the Sabarmati Ashram of Mahatma Gandhi in Gujarat. They have met and interacted in about a dozen international meetings.

This was the fourth China visit for PM Narendra Modi after he came to power in 2014. He is expected to visit China to take part in the Shanghai Cooperation Organisation (SCO) summit to be held at Qingdao city on June 9-10.

PM Modi was seen off by Chinese Vice Foreign Minister, Kong Xuanyou and Chinese Ambassador to India, Luo Zhaohui and other officials at Wuhan airport.