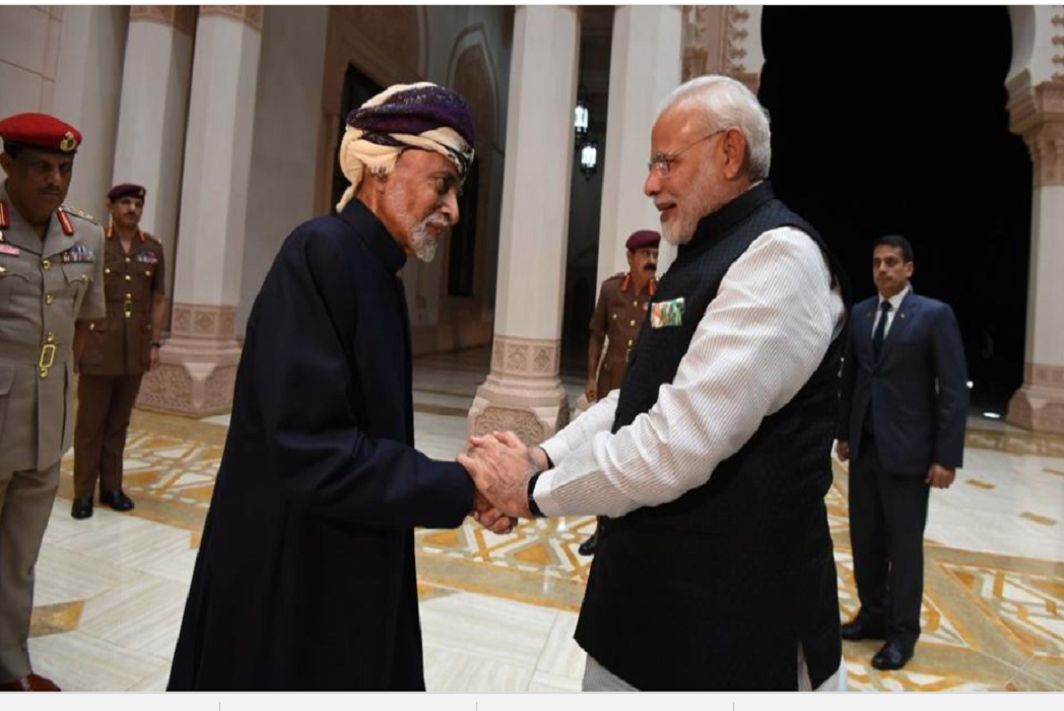 Prime Minister Narendra Modi has said that his Oman visit and talks with its leadership will impart a “substantial momentum” to all spheres of bilateral ties.

Before leaving for New Delhi, PM posted on his tweet “This Oman visit is one I will cherish for a long time to come. This visit has helped in building upon the centuries old ties between our enterprising people, and will impart a substantial momentum to our relations in all spheres, including trade and investment relations.”

This Oman visit is one I will cherish for a long time to come. This visit has helped in building upon the centuries old ties between our enterprising people, and will impart a substantial momentum to our relations in all spheres, including trade and investment relations.

He held held wide-ranging talks with the Sultan Qaboos on Monday while eight agreements were signed between the two countries, including pacts on cooperation in the field of defence, health and tourism.

Sultan Qaboos Grand Mosque is the biggest mosque in Oman. The mosque is said to have been built from 300,000 tonnes of Indian sandstone sculpted by 200 craftsmen from India.

Had the opportunity to visit the iconic Sultan Qaboos Grand Mosque in Muscat. Here are some glimpses. pic.twitter.com/xabUzjdp93

The temple, located in Old Muscat, was constructed by the merchant community from Gujarat some 125 years ago and renovated in 1999.

Feeling extremely blessed to pray at the Shiva temple in Muscat. pic.twitter.com/8c0c0YEQPS

Indian companies have a strong presence in Oman and have significant investments in the Omani free zones and ports in Suhar and Salalah. Indian investments are estimated at USD 1.8 billion in two projects in Special Economic Zone in Duqm (SEZD).

Before arriving in Muscat, Prime Minister had officially launched the foundation stone-laying ceremony for the first Hindu temple in of the UAE capital Abu Dhabi on Sunday.

This was the first prime ministerial visit to Oman in 10 years since the visit of then Prime Minister Manmohan Singh in 2008.

His UAE visit was marked by high level discussions with its rulers, laid foundation stone of first Hindu temple in Abu Dhabi and participation as Guest of Honour in world Government Summit held in Dubai.

A bench of Chief Justice NV Ramana, Justices AS Bopanna and Hima Kohli was hearing a plea filed by lawyer and BJP leader Ashwini Upadhyay saying public funds were being misused by all political parties, pushing states deeper into debt.
Read more