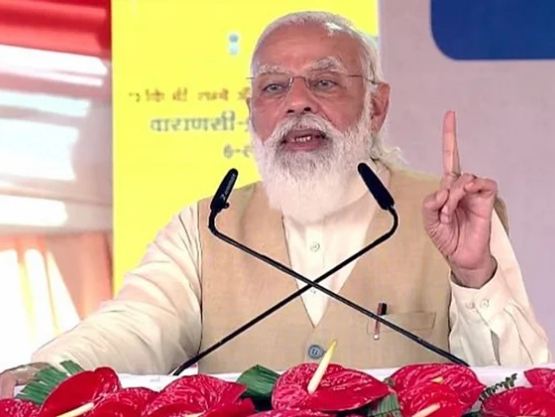 Once again on Monday, Prime Minister Narendra Modi defended the farm laws by pointing out their positives, he said in a virtual address to the nation that the government is giving farmers better access to markets both national and international level. Reaching out to the farmers, PM Modi said the government is not working with the intention to mislead the farmers and their intentions are as holy as the water of river Ganga.

Rejecting the Centre’s offer to hold talks on Sunday, the protesters who have suffered water cannons, tear gas and police barricades in the last few days have threatened to block the roads to Delhi from five entry points.  Shah has already appealed to the protesters to move to the Burari ground and said the Centre was ready for a dialogue with the farmers as soon as they move to the designated place.

The protesters have refused to shift to a government-designated area in Burari area of Delhi, calling it an open jail. They said they would press on with their protest near the city’s borders, until they are allowed to go to Jantar Mantar, near the Parliament in Central Delhi.

Thousands of farmers mostly from Haryana and Punjab are protesting at Delhi’s borders from the last four days against the Centre’s new farm laws. Gajjan Singh, a farmer from a Khattra village of Ludhiana, died on Sunday night due to the extreme cold at Tikri border. This was the second in the protest which started last week. However, Sunday has been the coldest November in 71 years.

Supporting the farmers’ protest, all khaps of Haryana have decided to march towards Delhi. Some women from Shaheen Bagh have come to the Singhu border to support the protestors. Farm union leaders have claimed that more than 3 lakh farmers are participating in the protest march. The protesters claimed that they have support of 500 farmers’ organisations.

The farmers have alleged that the government wants to discontinue the minimum support price in the name of reforms. The farmers had a fear that the laws will leave them at the mercy of corporate powers. The government has maintained that farm laws will bring farmers better opportunities and usher in new technologies in agriculture.