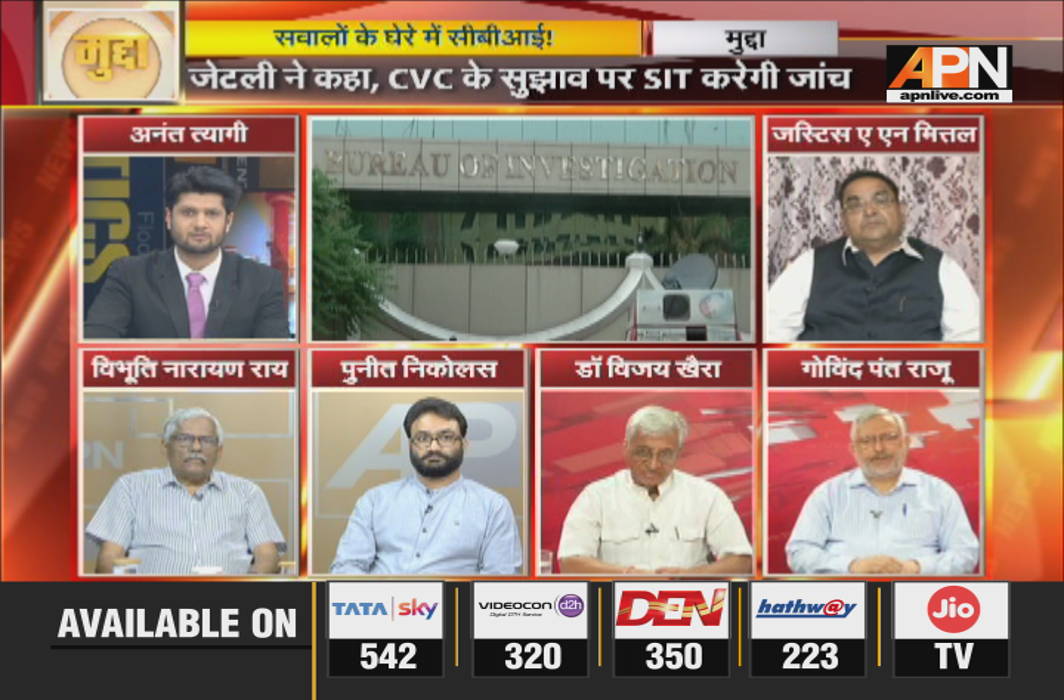 The ongoing crisis in the Central Bureau of Investigation (CBI), the country’s premier agency, post the unearthing of corruption at the senior-most level, has meant that the whole intelligence community is passing through a very tough time.CBI Director Alok Verma and Special Director Rakesh Asthana have been sent on forced leave. Nageshwar Rao, the Joint Director, has been appointed interim director of the top agency.

The corruption had spread through the spines of the agency, when 12 senior officials were transferred. These officials were engaged in the Rakesh Asthana case investigation. The team leader Ajay Bassi, the Deputy SP, has been sent to Port Blair, while Arun Sharma, the Joint Director, who was heading the policy and anti-corruption departments, has also been removed from his post. The Rakesh Asthana case has been transferred for fast track investigation. A new team has been assigned for investigating the corruption charges.

Alok Verma, the CBI director, has challenged his removal and filed a petition at the Supreme Court. The hearing on the petition is scheduled on Friday. Earlier, the Delhi High Court had stayed the ongoing investigation against Asthana. However, his difficulties have multiplied with the CBI filing an FIR for his involvement in corruption and extortion. He may face interrogation shortly as the court has simply stayed his arrest, not the interrogation.

Verma said that prima facie, it seems to be corruption case worth Rs 2-5 crore. If investigated thoroughly, the whole country will come to be ashamed of it and several officials will be found involved in the nexus. Mentioning that Asthana belongs to the Gujarat IPS cadre, he said he is considered to be very close to the prime minister.

Justice Mittal said that there are certainly efforts under way to hide some facts from the public domain. At this time it seems difficult to do anything about the two top CBI officials. The Special Investigation Team will be able to dig out the facts as to who has committed the crime.

Rai said the CBI has delayed making a move by at least 48 hours. It has become an example of how the image of an institution is demolished. However, people still have faith in CBI.

Yadav said the CBI’s image has not been very good in recent years. The present crisis will neither help the CBI nor the present government, he said. Prime Minister Narendra Modi and his government will have to face more questions as to why they allowed CBI to reach to such a low point, he said.

Raju summed up the debate saying that the recent events in CBI have shocked everybody and people have lost their faith in the apex investigative agency.