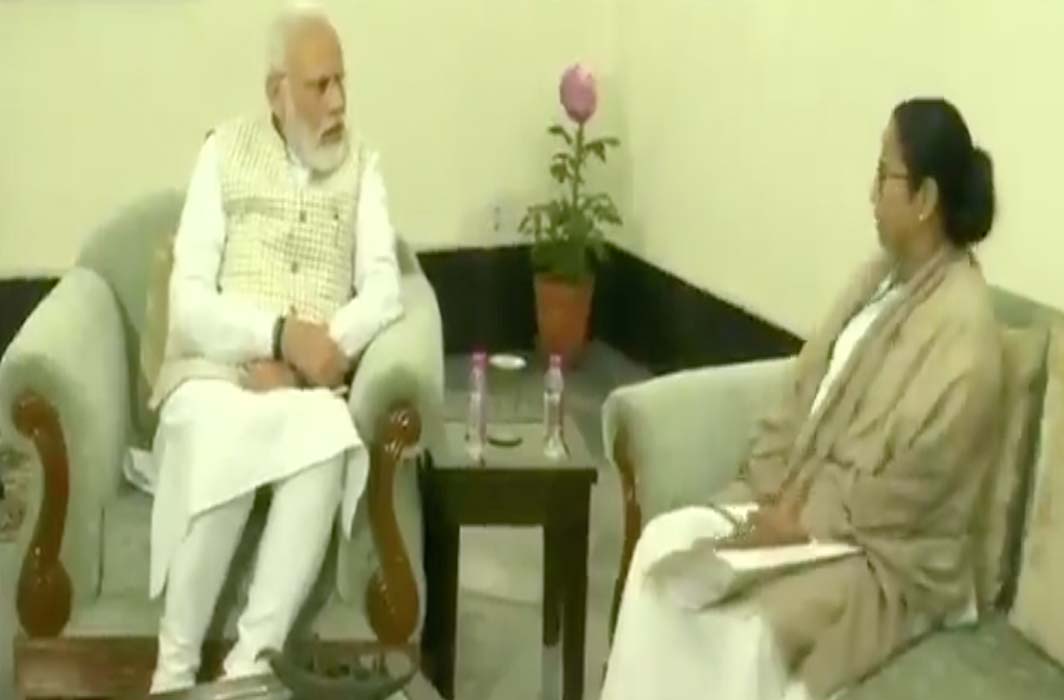 West Bengal: Prime Minister Narendra Modi arrives in Kolkata. He is on a two-day visit to Kolkata, to take part in 150th anniversary celebrations of the Kolkata Port Trust. pic.twitter.com/vqkjT4e3Uh

The PM was received by West Bengal governor Jagdeep Dhankhar, Mayor of Kolkata Firhad Hakim, West Bengal BJP president Dilip Ghosh among other senior party leaders, amid protests against the Citizenship (Amendment) Act, 2019 outside the airport.

He was received by West Bengal Governor Shri @jdhankhar1, Mayor of Kolkata and Minister Shri @FirhadHakim and other dignitaries at the airport. pic.twitter.com/SdNfc5Zgxq

The PM will be attending the 150th anniversary celebrations of Kolkata Port Trust on January 12.

Mamata Banerjee said that she has requested PM Modi to reconsider the controversial Citizenship Act and the proposal of a nation-wide National Register of Citizens (NRC).

“We are against the CAA , NRC and National Population Register (NPR). It should be ensured that no one leave the country. PM Modi said that I’m here for other engagement we can discuss the issue in Delhi,” Mamata said.

Protests were held in various parts of the city in view of Modi’s visit today.