PM Modi ridicules Rahul Gandhi for lecturing him on democracy 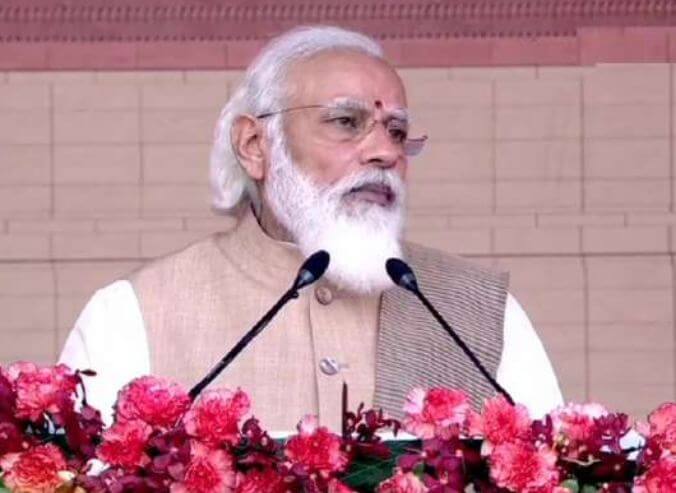 A day after Rahul Gandhi hit out at the Centre saying there is no democracy in the country, prime minister Narendra Modi responded and said some political parties were trying to lecture him on democracy despite showing duplicity in the past. PM made the statement while launching Ayushman Bharat scheme via video-conferencing extending health insurance coverage to residents of Jammu and Kashmir.

Referring to the Congress, the prime minister said the party which is ruling Puducherry has not conducted local body elections despite order from the Supreme Court. Drawing sharp comparison, he said that panchayat level polls were conducted in Jammu and Kashmir within one year of it becoming the union territory. He said the polls strengthened the democracy and thanked people for exercise their voting right during the elections.

On Thursday, Congress leader Rahul Gandhi had attacked prime minister Modi after meeting President Ram Nath Kovind over farm laws which have triggered wide spread farmer protests. Responding to a question by a journalist, Gandhi had said there is no democracy in India and that only 3-4 people were running the country.

During the launch, Union Home Minister Amit Shah said PM Modi wishes to see speedy development in Jammu and Kashmir. He said the prime minister wishes to see democracy reach the grassroots. He added the prime minister wants peace and security for people of J&K. The Prime Minister Office has said the Ayushman Bharat scheme will ensure universal health coverage, and focus on providing financial risk protection and ensuring quality and affordable essential health services to all individuals and communities. The PMO added that the scheme will provide free-of-cost insurance cover to citizens of Jammu and Kashmir. Under the scheme, financial cover of up to Rs 5 lakh will be provide to each family in the UT on a floater basis.

Congress leader Priyanka Gandhi Vadra was stopped by UP Police at the Lucknow-Agra Expressway, while she was going to meet the family of Arun Kumar (Dalit), who died in police custody. She has been taken to Police-lines in Lucknow.
Read more
Load more