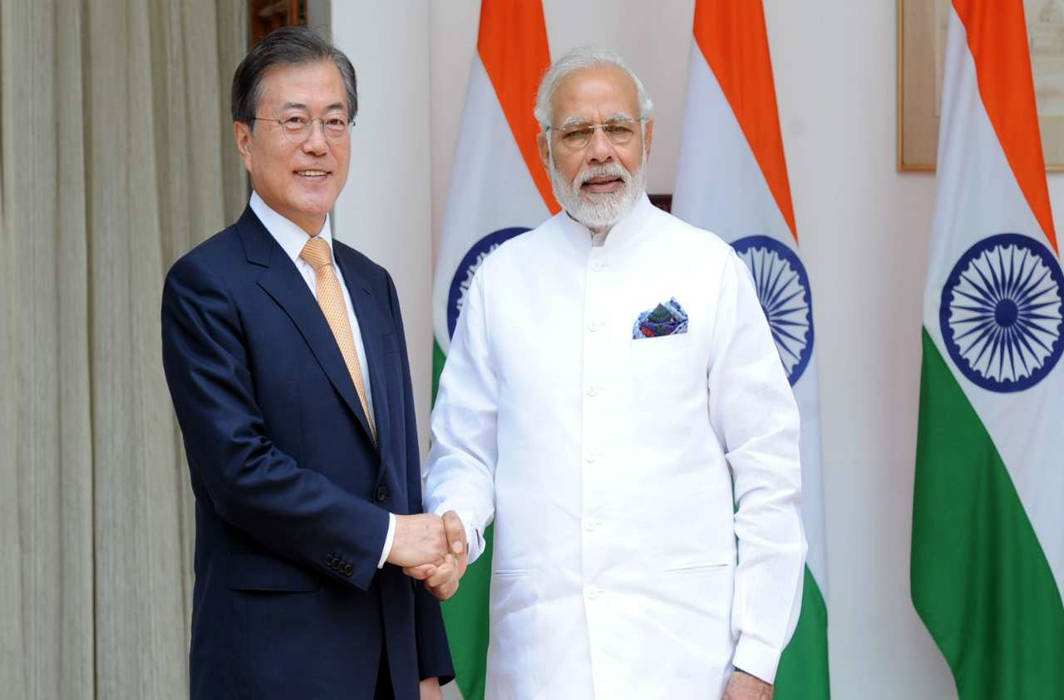 The award was presented to him by the Seoul Peace Prize Foundation at a grand ceremony.

A short film on the life and achievements of PM Modi was also screened at the event. While conferring the award on Modi, the award committee recognized his contribution to the growth of Indian and global economics crediting ‘Modinomics’ for reducing social and economic disparity between the rich and the poor.

PM Modi is the 14th recipient of the award and the past laureates include former UN Secretary General Kofi Annan, German Chancellor Angela Merkel and international relief organizations Doctors Without Borders and Oxfam.

Speaking about the award, PM Modi said “The Seoul Peace Prize was established to commemorate the success of the 24th Summer Olympics held in Seoul in 1988. The games ended on Mahatma Gandhi’s birthday. The games showcased the best of Korean culture, warmth of Korean hospitality and success of the Korean economy.”

Earlier in the day, PM Modi held bilateral talks with South Korea President Moon Jae-in on a host of issues including trade, investment, defence and security, the Ministry of External Affairs said in a tweet.

The Seoul Peace Prize is dedicated to the people of India & our country’s culture of peace and harmony. https://t.co/ymUdug3JYp