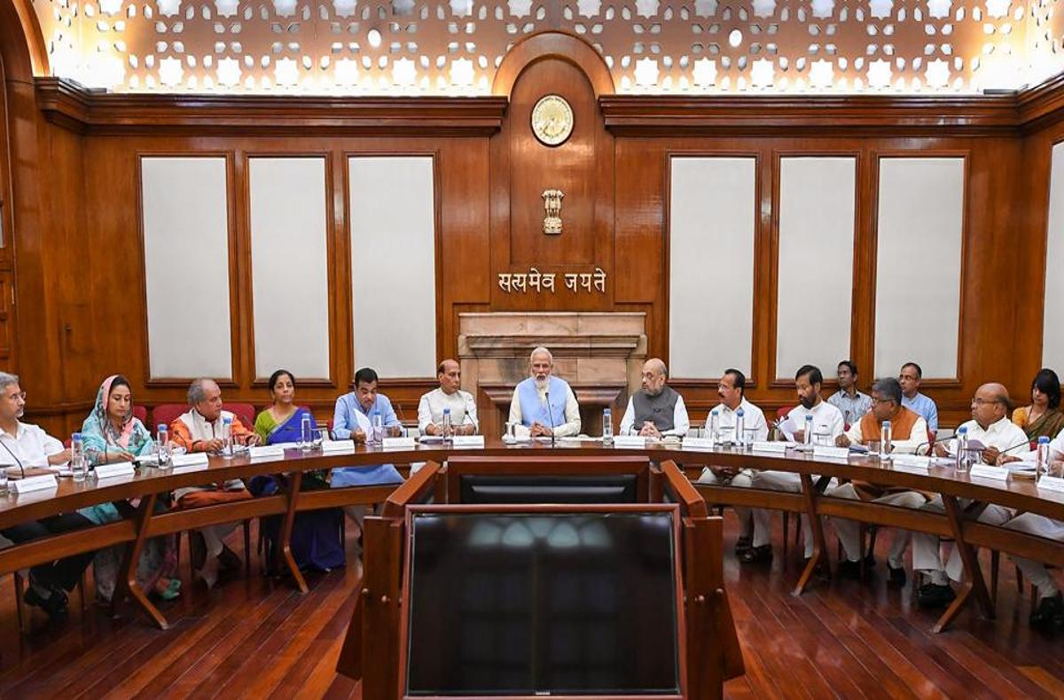 PM Modi is in six of them and Defence Minister Rajnath Singh is in two. Finance Minister Nirmala Sitharaman is in seven panels and Commerce and Railways Minister Piyush Goyal in five.

All powerful and important Cabinet Committees reconstituted by the Prime Minister Narendra Modi are either headed by him or Amit Shah.

Modi set up two new Cabinet Committees — one for economic growth and investment and another for jobs and skills. Both the panels, respectively on Investment and Growth and on Employment and Skill Development, will be headed by the Prime Minister.

The Cabinet Committee on Appointments has just Modi and Shah.

Rajnath Singh, who was moved from the Home Ministry that he headed in the previous term, is in the Cabinet Committees on Economic Affairs and Security. He is notably missing from the Cabinet Committee on Political Affairs, which decides on policy; it has Amit Shah, Nitin Gadkari, Nirmala Sitharaman, Narendra Tomar, Ravi Shankar Prasad, Harsh Vardhan, Piyush Goyal, Pralhad Joshi and allies Ram Vilas Paswan, Harsimrat Kaur Badal and Arvind Sawant.

Rajnath Singh’s exclusion is significant because the minister who is number two in the government – by convention the person who is sworn in right after the prime minister — usually presides over the cabinet and the political affairs committee in the absence of the Prime Minister. Also, Nirmala Sitharaman as Defence Minister was part of the previous government’s political affairs committee.

Amit Shah, Nirmala Sitharaman, Piyush Goyal and Road Transport Minister Nitin Gadkari will be in the panel for Accommodation.

One of the most important panels, the Cabinet Committee on Security, includes the Prime Minister, Rajnath Singh, Amit Shah, Nirmala Sitharaman and S Jaishankar.