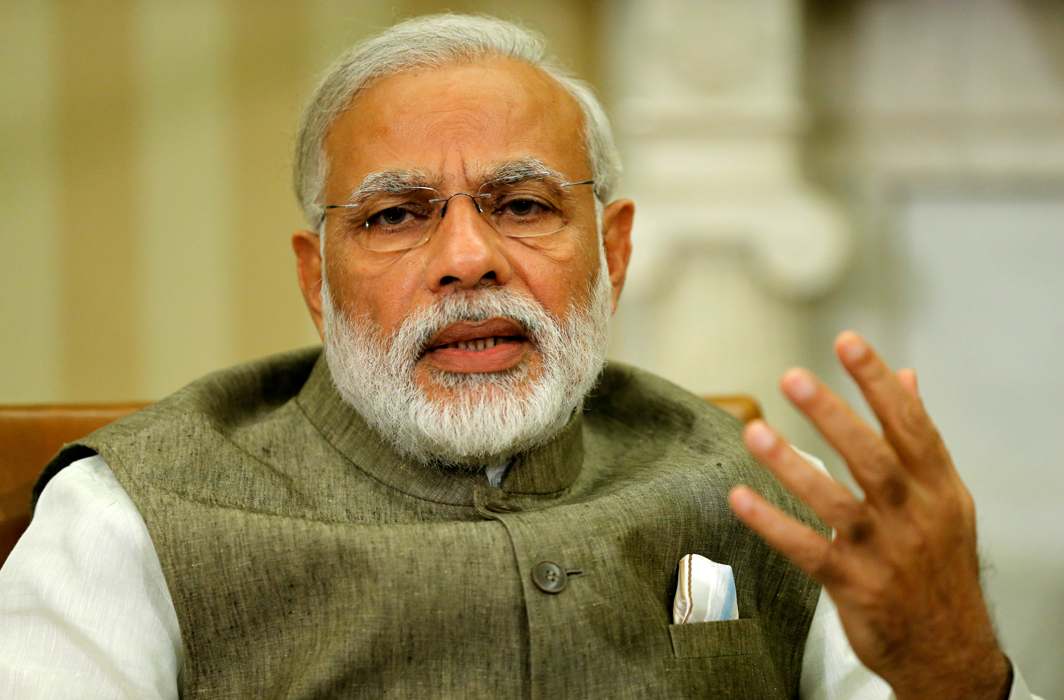 On February 10, Prime Minister is scheduled to reach UAE and address the sixth World Government Summit in Dubai – where India is the Guest of Honor country.

With major attempts to strengthen cooperation in trade, investment and energy security, Prime Minister Narendra Modi will embark on a three-nation visit from February 9, during which he will be visiting three Middle Eastern nations – Palestine, United Arabs Emirates (UAE) and Oman.

Announcing the Prime Minister first historic visit to Palestine, the Ministry of External affairs said on Monday, “Prime Minister Modi will be going to Ramallah on February 10. From Palestine, he will reach UAE late in the evening of February 10 on the invitation of UAE President Sheikh Khalifa bin Zayed Al Nahyan.”

During his maiden visit to Palestine, PM Modi is expected to hold talks with Palestinian President Mahmoud Abbas and will also visit the Yasser Arafat Museum and lay a wreath there. The two nations are expected to sign five-six MoUs during Modi’s visit to Ramallah.

Later on February 10, the Prime Minister is scheduled to reach UAE and address the sixth World Government Summit in Dubai where India is the Guest of Honor country.

And with major focus to intensify economic cooperation, India and UAE are expected to sign as many as 12 agreements, including areas like finance and skills development, during Modi’s visit to the Gulf nation.

UAE Ambassador to India Ahmed Al Banna said, “PM Modi is visiting the UAE on 10 February. There would be a state visit and during that visit 12 agreements will be signed between our countries.”

Addressing a press conference to mark the Abu-Dhabi India Week, Banna said, “(At the World Government Summit) PM Modi will address a gathering of over 2,000 people, more than 26 heads of state, the prime minister’s ministers and more than 2,000 delegates from all over the world.”

With the Prime Minister visit to UAE marking as his second visit to the oil-rich nation, after his last visit in August 2015, Banna asserted that the visit will be key to enhance and strengthen bilateral relations.

“If we look at the investment from UAE to India, it exceeds $11 billion, about $4-5 billion in the format of FDI (foreign direct investment),” he said.

According to MEA spokesperson Raveesh Kumar said that the engagement between India and UAE will also be in the context of the Comprehensive Strategic Partnership agreement signed in 2017. Further claiming that energy has been a key aspect of India’s engagement with the Gulf countries, Kumar said the Gulf Cooperation Council (GCC), a political and economic alliance of six countries (Saudi Arabia, Kuwait, the UAE, Qatar, Bahrain and Oman) accounted for 20 per cent of India’s trade.