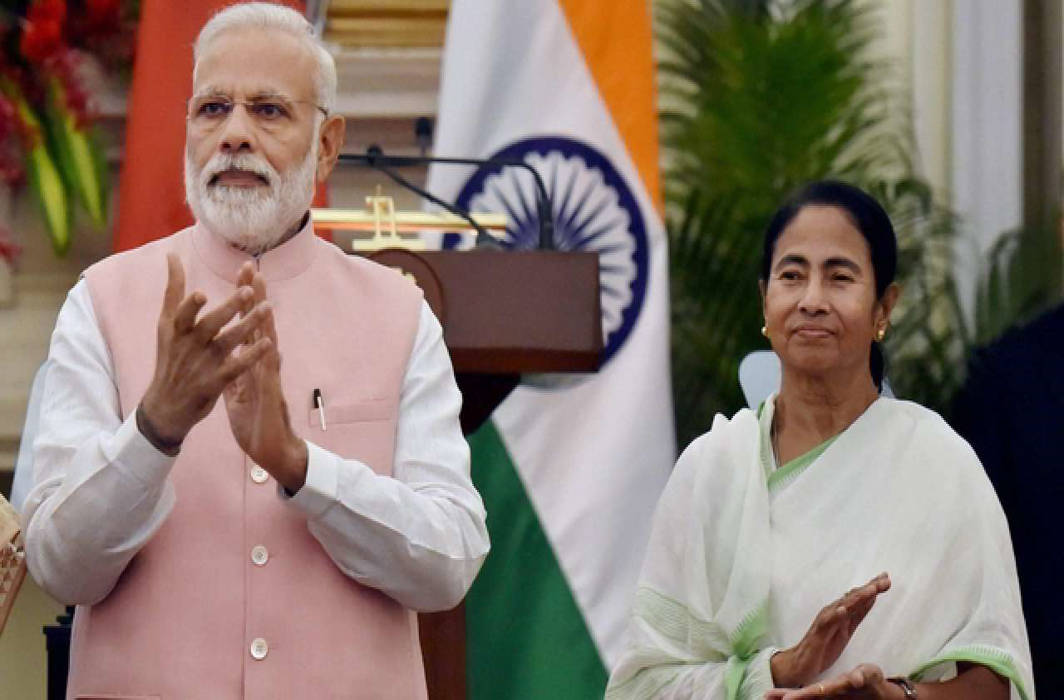 West Bengal Chief Minister Mamata Banerjee on Thursday (Jan 10) took a jibe on PM Modi and said “Prime Minister cannot read even a single line in English as he constantly takes help from a teleprompter.”

“He (the Prime Minister) gives such speeches. But he can’t speak English. He uses a Teleprompters. Media knows. We know. You just see the screen, read and speak…That’s a teleprompter. We don’t use all that,” she said while addressing a rally in Nadia district.

“You people should know about teleprompter. A transparent glass is placed in front of him. People cannot see it but the media persons know everything about it.”, she added.

On Thursday (Jan 10) she also announced that West Bengal is pulling out of Ayushman Bharat – a health programme launched last year by Prime Minister Narendra Modi which aims to cover over 10 crore poor and vulnerable families.

Mamata Banerjee accused the Centre of “playing dirty politics” in the name of the scheme. She said Narendra Modi was “politicising” it by sending letters about its provisions to every West Bengal household with his picture and a lotus symbol.

She also added that “We are withdrawing from the Ayushman Bharat scheme. My state will not contribute 40% of the funds for the scheme,” she accused the Prime Minister of taking unilateral credit for the project.