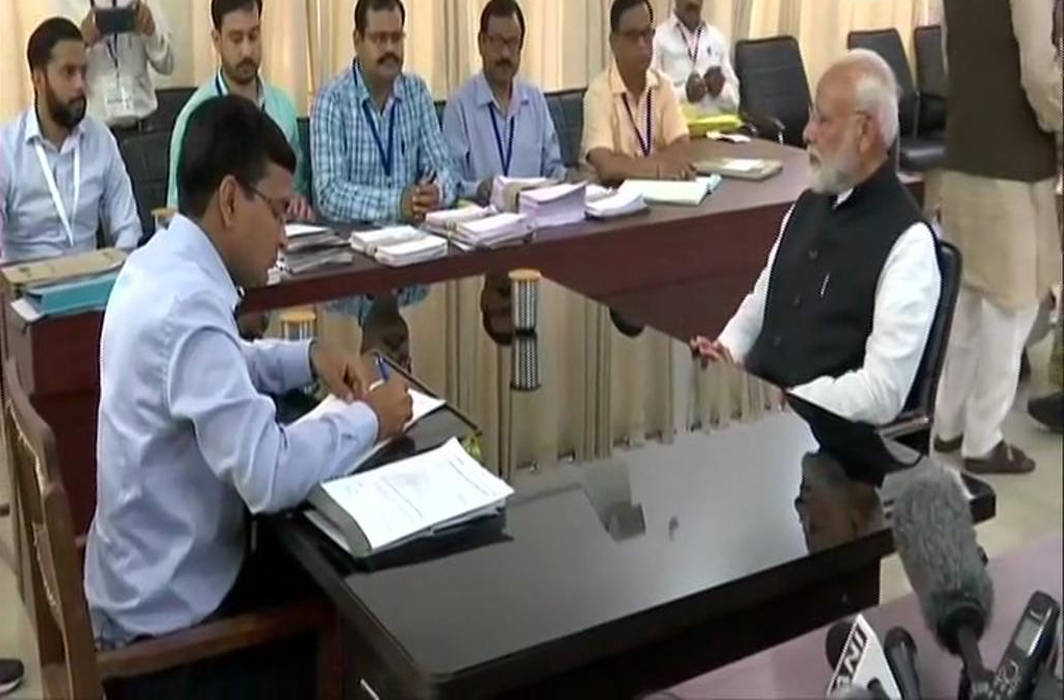 After filing the nomination papers, PM Modi said, “I am thankful for the love I have got. They have been blessing me since yesterday just the way they did 5 years ago. People are saying that Modi has already won, so there is no need to vote. I urge all the people not to believe them and to come out and vote.”

On Thursday, PM Modi held a mega roadshow in Varanasi and passed by ancient temples and ghats – the seven-kilometre-long roadshow took two-and-a-half hours and finally ended in the holiest ghat of them all, the Dashashwamedh. The prime minister also attended the evening aarti at this ghat on the banks of the river Ganga.

In a saffron kurta and scarf, the Prime Minister waved at thousands of people on the roads from the sunroof of his SUV. He began his journey from the iconic Banaras Hindu University, where he paid tribute at a statue of Madan Mohan Malviya a leader of the independence movement and a renowned educationist.

Addressing a meeting after the roadshow, the PM stressed on national security issues, saying the government had dealt effectively against terrorism. In an apparent reference to the Balakot air strike after Pakistan-based terrorists killed 40 CRPF soldiers in Jammu and Kashmir’s Pulwama in February, PM Modi said the world now backed India in its fight against terror.

PM Modi said while the last five years of his government were about sincere effort, the next five years will be about results.

There were four proposers of the Narendra Modi’s nomination-

Annapurna Shukla, 81, is popularly known as the manasputri of BJP ideologue Pundit Madan Mohan Malviya. Shukla is a noted academician and an MBBS doctor in Varanasi. She was been close to Malviya since her childhood. Malviya was a four-time Indian National Congress president and the founder of Banaras Hindu University (BHU) at Varanasi.

A member of the Dom Raja family, Jagdish Raja Chowdhary who helps perform the last rites at Varanasi’s Manikarnika Ghat is also one of the proposers.

One of the oldest BJP workers in Varanasi, Gupta has been loyal to the party since the Jana Sangha days.

Dr Ramashankar Patel is veteran agricultural scientist, whose work is recognized and awarded by the Central government.

“Apparently, the BJP has chosen the proposers strategically to give a message to Dalits, traders and elderly workers of the party,” Prof KK Mishra, a political analyst, said. 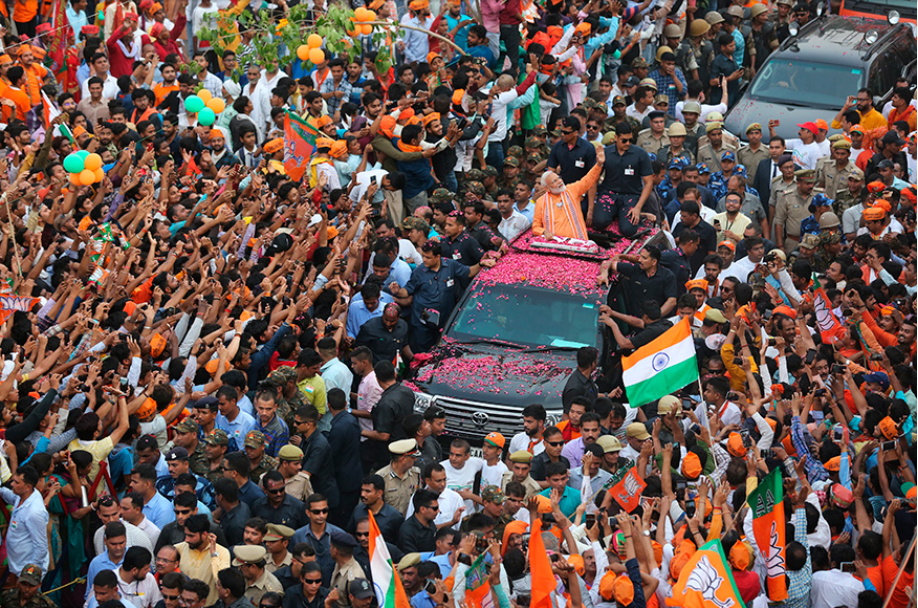 A member of the Dom Raja family, which helps perform the last rites at Varanasi’s Manikarnika Ghat, a veteran BJP leader, a chowkidar and the principal of a women’s college were the proposers for Prime Minister Narendra Modi’s nomination.

“Apparently, the BJP has chosen the proposers strategically to give a message to Dalits, traders and elderly workers of the party,” Prof KK Mishra, a political analyst, said.

Had a great interaction with leaders of the NDA this morning.
Sharing few pictures of our meeting. pic.twitter.com/yNbdaCJTlr

Varanasi will vote in the seventh and final phase of polling for the Lok Sabha election 2019 on May 19. The votes will be counted on May 23 and results are expected to be declared on the same day.