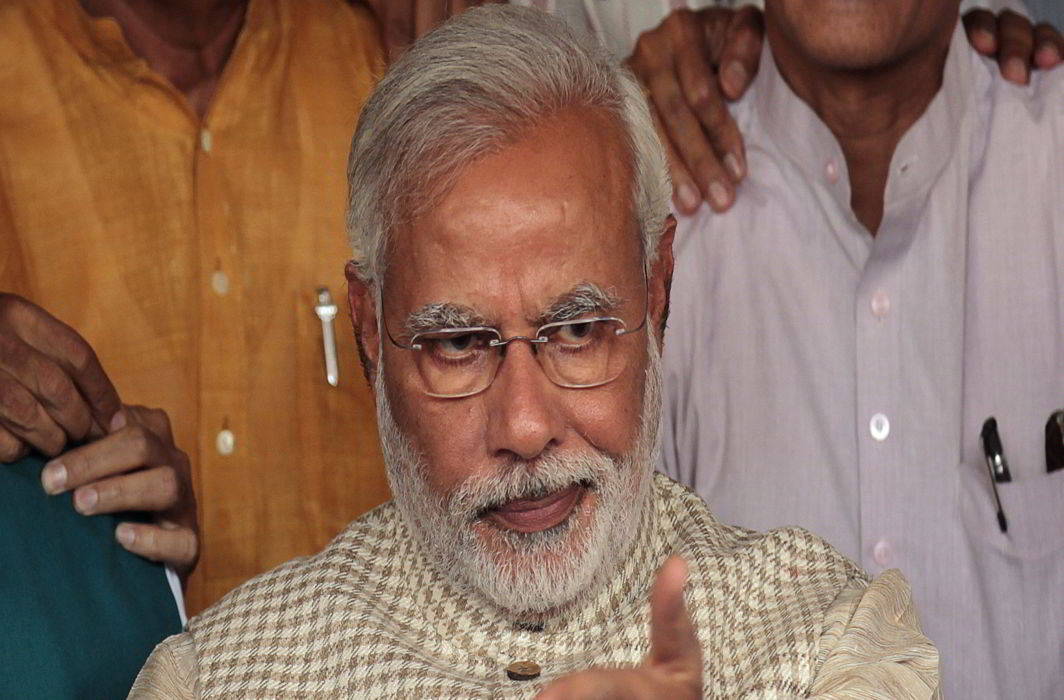 Election Commission, which has drawn flak for not delay in announcing Gujarat assembly poll schedule, likely to declare election dates by Wednesday

Prime Minister Narendra Modi will be in poll-bound Gujarat on Sunday – his third visit to his home-state this month – to inaugurate several big-ticket projects and lay the foundation stones for several others in Bhavnagar and Vadodara districts. The visit is a clear attempt by the Prime Minister to endear voters to the Bharatiya Janata Party (BJP) before the Election Commission announces the schedule for the impending Gujarat Assembly polls, something that the poll panel had deferred earlier this month for inexplicable reasons.

The most crucial project that Modi is set to inaugurate during the day-long visit is the first phase of the Rs 615-crore ‘roll-on, roll-off (ro-ro)’ ferry service between Ghogha in Bhavnagar and Dahej in Bharuch. The ferry service through the Gulf of Cambay, which the Prime Minister has often hailed as his dream project, is expected to drastically reduce the distance and travelling time between the two towns from 310 kilometres by road to just 30 kilometres. The foundation stone of this ferry project had been laid by Modi in January 2012, when he was the chief minister of Gujarat.

The Prime Minister is also scheduled to address a mammoth gathering in Ghogha, during which he is also likely to announce some other sops for the state, before he undertakes a journey to Dahej in the ferry’s maiden ride.

Modi will then leave for Vadodara where he will inaugurate and lay foundation stones for eight projects worth an estimated Rs 1140 crore. Vadodara was one of the two constituencies that Modi had contested the Lok Sabha polls from in May 2014, the other being Varanasi in Uttar Pradesh. Though he had defeated his nearest rival, Congress’ Madhusudan Mistry by a record margin of 5.70 lakh votes from Vadodara, Modi had surrendered the seat after becoming Prime Minister and retained Varanasi as his Lok Sabha constituency from where he had won by a margin of 3.71 lakh against Aam Aadmi Party chief Arvind Kejriwal.

Vadodara Municipal Commissioner Vinod Rao said that during his visit to the district, Modi will dedicate to the people a slew of civic infrastructure projects including a Rs 100-crore city command and control centre in Badamadi Garden, Rs 125-crore Janmahal city transport hub and multi-level parking project, a Rs 160 crore multi-modal city transport hub and a Rs 267 crore waste-to- energy processing plant. Other projects to be inaugurated by the Prime Minister in Vadodara include a Rs 166-crore water treatment plant, two flyovers collectively worth Rs 265 crore, a Rs 55-crore deer safari park, and a Rs 6-crore veterinary hospital.

On his last visit to Vadodara on October 22 last year, Modi had inaugurated a new building for the city’s airport terminal.

Modi is also scheduled to address a public rally at Navlakhi compound in Vadodara.

This is the third visit of the Prime Minister to his poll-bound home state this month. He had visited Gandhinagar on Monday to address BJP workers at the Gujarat Gaurav Mahasammellan when he hit out at the Congress party for “insulting Gujarat and Gujarati pride”. Prior to that, Modi had visited his home town of Vadnagar on October 8 and also inaugurated and laid foundation stones of various projects in Rajkot, Vadnagar, Gandhinagar, and Bharuch.

In September, Modi along with his Japanese counterpart Shinzo Abe had visited Ahmedabad to lay the foundation stone for the Ahmedabad-Mumbai bullet train project. Days later, the Prime Minister, in an event coinciding with his 67th birthday on September 17, he had dedicated the controversial Sardar Sarovar Dam on river Narmada to the nation.

The Prime Minister’s apparent rush to inaugurate projects in Gujarat in quick succession while also laying the foundation stones for several others is an evident attempt at influencing voter sentiments in his home-state that is scheduled to go to polls in December.

The Congress party has, over the past few days, been unwavering in its criticism of the Election Commission for delaying the announcement of the poll schedule for Gujarat and has alleged that the move by the poll panel was aimed at allowing the BJP and Modi to announce several sops and projects for the state to woo the electorate.

Earlier this week, Congress veteran P Chidambaram had taken a dig at both, Prime Minister Modi and the Election Commission for the delay in the announcement of the Gujarat poll dates.

In a series of tweets, Chidambaram had said:

EC will be recalled from its extended holiday after Gujarat Govt has announced all concessions and freebies.

EC has authorised PM to announce date of Gujarat elections at his last rally (and kindly keep EC informed).

By deferring its announcement on the Gujarat polls, EC had broken with the convention of announcing simultaneous polls for state assemblies whose terms end within six months of each other, since it had gone ahead with making the declaration for the Himachal Pradesh elections, scheduled for November 9. While the tenure of the incumbent Himachal assembly is set to end on January 7, the term for Gujarat Vidhan Sabha ends on January 27.

Besides the Congress and other Opposition parties, even former chief election commissioners like SY Quraishi and TS Krishnamurthy had criticised the poll panel’s decision.