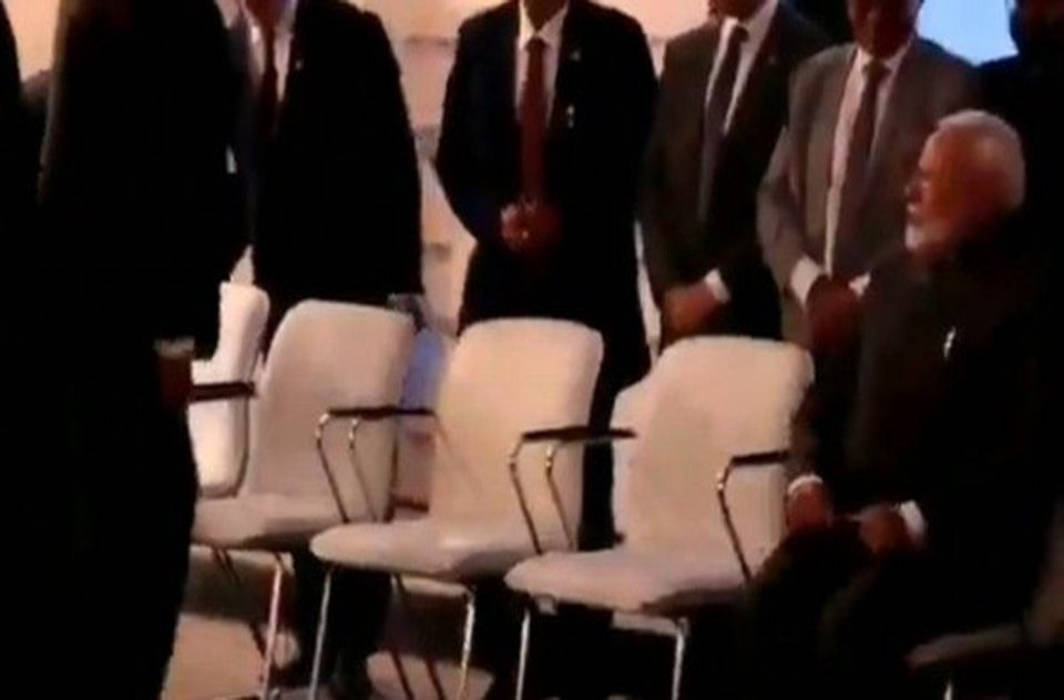 Prime Minister Narendra Modi on Thursday (September 5) declined a comfortable sofa kept especially for him at the photo session and instead asked for a simple chair to sit with others during his visit to Russia.

Commerce Minister Piyush Goyal shared a Twitter video of PM Modi opting for a chair over the sofa at the photo session. Following this, the officials replaced the comfortable sofa with a simple chair and he took his place for the picture.

“Prime Minister Narendra Modi’s simplicity was on display today as he got the special arrangement for him removed and chose to sit on a common chair along with others,” Goyal tweeted along with the video.

The video was widely shared and many took to twitter praising Modi’s gesture.

“What a lovely gesture. There are no words. See the simplicity,” a Twitter user said.

“We have a humble and sober Prime Minister who is down to earth,” another Twitter user said.

“Its a lesson for other ministers and leaders who are arrogant and rude to people,” another user tweeted.

“Modiji’s simplicity makes him the most respected n powerful leader in the world fraternity. The conviction, clarity with which he talks n conveys his message. He knows what’s best 4 the nation. He’s soft 4 good people but very hard 4 those who try to harm the nation. He’s truly our PM,” another user tweeted.

There were also a few individuals that took the platform criticizing the PM Modi for the gesture.

“Country is in a economic crisis… Crores of money spent by the pm for his continuous tour around the globe. He is not bothered about Indian growth but wanted to give poses with every leader in the world! Ask him to resign and we need full time PM! ,” read one of the tweets.

The Prime Minister was on a two-day visit to Vladivostok, Russia to attend the 5th Eastern Economic Forum and participate in the 20th India-Russia annual bilateral summit.

He arrived back in New Delhi on early Friday (September 6) morning.