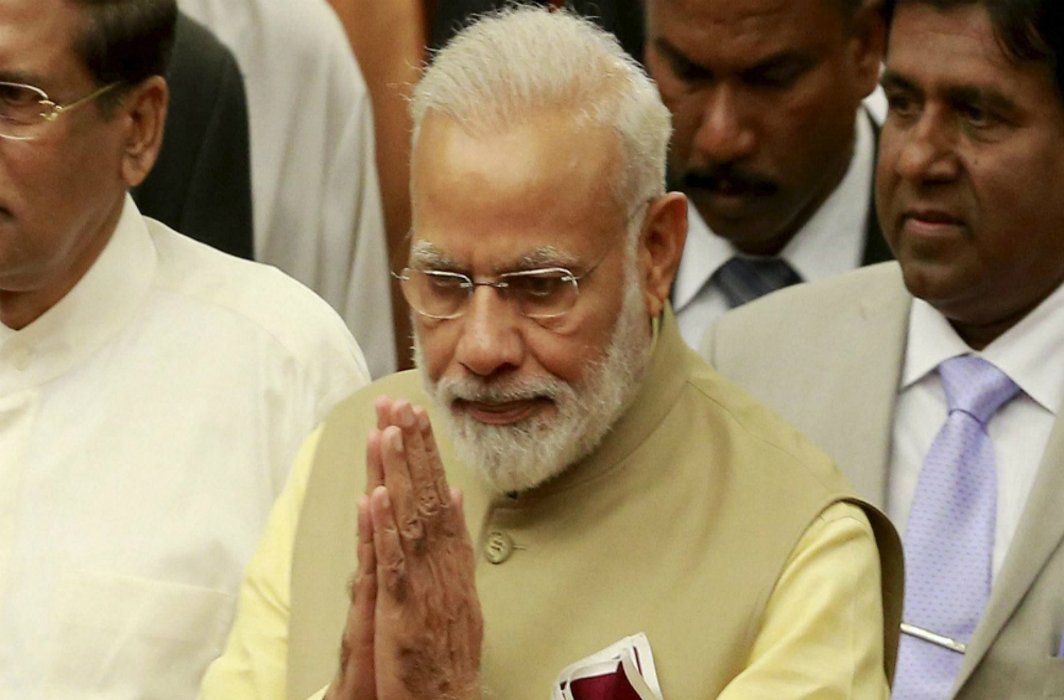 With the assembly elections in Gujarat around the corner, Prime Minister Narendra Modi on Sunday made his maiden visit to his hometown Vadnagar in Mehsana district after taking over the top job in the country.

In his day-long visit, PM Modi inaugurated a Rs 400-crore six-storey hospital in the town, paid a impromptu visit to the school he had attended and held a public meeting.

“Coming back to one’s hometown and receiving such a warm welcome is special. Whatever I am today is due to the values I have learnt on this soil, among you all in Vadnagar,” PM Modi said in a tweet.

Coming back to one's hometown and receiving such a warm welcome is special. Whatever I am today is due to the values I have learnt on this soil, among you all in Vadnagar: PM @narendramodipic.twitter.com/Ko9nR5I1ir

However, the dilapidated tea kiosk at the Vadnagar railway station, where, as a child, Modi helped his father and uncle sell tea, was not on his itinerary.

Vadnagar, a small town barely 100 km from Ahmedabad, had made elaborate arrangements for Prime Minister’s visit. The streets had been lined with hoardings detailing the early life of Prime Minister and the railway station was decorated with garlands.

This is PM Modi’s third visit to Gujarat in less than a month. The state is slated to go for assembly elections at the end of this year. BJP president Amit Shah has set a target of 150 seats in the 182-member assembly. Gujarat being  PM’s home state, the assembly elections are extremely crucial for him.

The visit comes a few days after GST council announced some major changes in the tax regime. The council has also slashed taxes on 27 items including Khakra, a hugely popular snack in Gujarat.