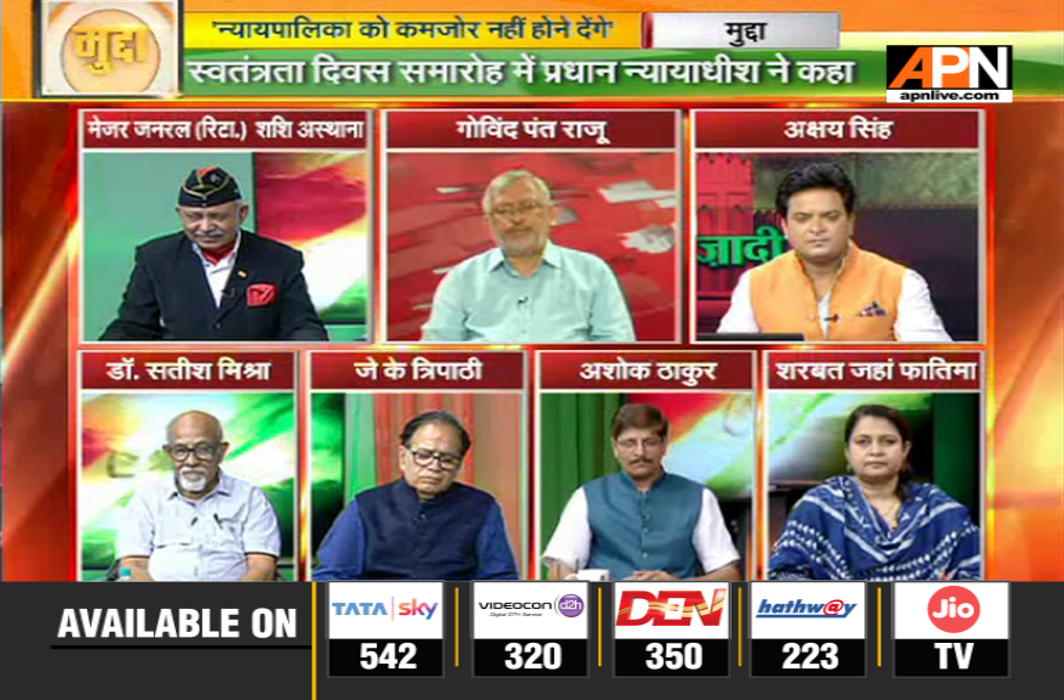 Mudda discusses Narendra Modi’s speech from Red Fort, that Armed Forces will have permanent commission for women his most significant announcement

Prime Minister Narendra Modi has presented a picture of rising India under his government, contrasting it with the “policy paralysis” under the UPA dispensation, while announcing his plan to launch a signature healthcare scheme covering 50 crore Indians.

Addressing the nation during his last Independence Day speech before the 2019 Lok Sabha election, he also announced permanent commissioning of women in the Armed Forces and a plan to send Indian astronauts into space by 2022.

“When 125 crore people move towards achieving a goal, there is nothing that cannot happen. In 2014, the people of the country did not just stop at forming the government. They moved together towards nation-building and are continuing to do so,” he said.

Modi devoted much of  his 80-minute speech in presenting the report card of his government and also touched on a host of burning issues including the situation in Jammu and Kashmir, crimes against women, legislation on instant triple talaq and the state of the farm sector.

The Prime Minister Narendra Modi dwelt at length about his government’s initiatives to improve the lives of the poor and the backward sections of the society and claimed that five crore people have been lifted out of poverty in the last two years.

Tripathi said that the three pillars of the government: executive, legislature and judiciary are important. MPs and MLAs could be right by contributing their share but it would wrong to presume that all of them are good. Similar is the situation in the executive, he said.

Mishra, the journalist, said that the PM’s speech was more focussed on the forthcoming parliamentary elections. He said that Modi has been delivering the Independence Day speech since 2014 and this was his fifth year having the honour of addressing the nation.

Mishra also observed that the BJP-led government has been trying very hard and from the very beginning of its tenure to control the judiciary.

Maj Gen Asthana appreciated Modi’s initiative of granting permanent commission for women while observing that earlier there used to be uncertainty over even granting short service commission to them.

Fatima, spokesperson of Congress, said that leading the nation in dreaming false dreams is not new for the PM. She thought that this time, too, Modi performed well in his role as a good salesman. His speech goes against the realities of the day, she said.

Thakur, spokesman of BJP, said that the PM has successfully presented his government’s achievements report card and his vision for the future of the country. He said that it seems that Narendra Modi is the first prime minister of the country who stood in Red Fort with full confidence and described the country’s achievements under his leadership.

Raju, too, felt that the PM’s address to the nation was delivered keeping the 2019 general elections in mind.