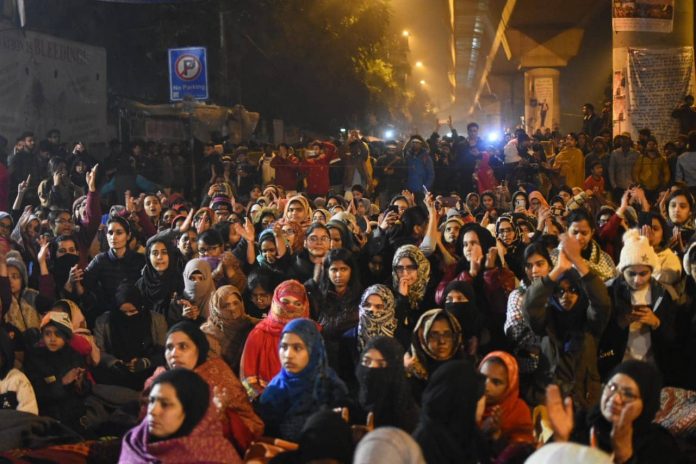 Police deployment was increased and section 144 was imposed in the Delhi’s Shaheen Bagh area on Sunday after the Hindu Sena had yesterday threatened to march and clear the blocked road, later calling it off.

On Sunday, the Delhi police tightened deployment of security personnel as a precautionary measure.

People have been advised not to assemble in the area, as Section 144 of the CrCP has been imposed in there.

“People are informed that Section 144 of CRCP has been imposed at Shaheen Bagh and it is requested that permission for any gathering is not allowed. Violation of this may invite legal proceedings,” said the Delhi Police directive.

Protests erupted across the country with several turning violent after the Parliament had passed the Citizenship Amendment Bill, 2019.

Shaheen Bagh has been a protest venue where thousands of people, mostly women, have been opposing the contentious Citizenship Amendment Act (CAA) and the National Register of Citizens (NRC) for more than two months.

The Citizenship Amendment Act seeks to grant Indian citizenship to non-Muslim communities from Pakistan, Bangladesh and Afghanistan who are facing religious persecution in their countries.