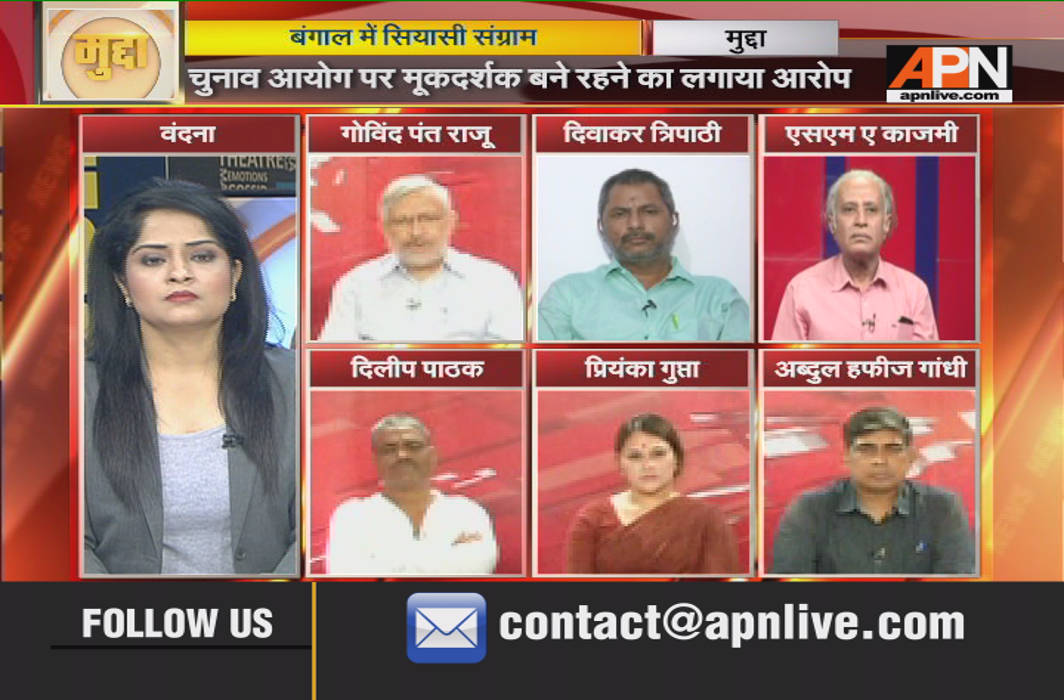 Just less than a week ahead of the last phase of ongoing Lok Sabha Elections 2019 the electoral battle between TMC and BJP in West Bengal is now turning violent as after the idol of Ishwar Chandra Vidyasagar vandalisation, BJP President Amit Shah accused Mamata Banerjee and her party of vandalizing the idol for the sake of gaining sympathy and making political benefits out of the issue.

Tripathi was the first to speak, who said, “Mamata Banerjee doesn’t want anyone to address a rally in West Bengal and is provoking their workers to destroy the democratic image of the country and wants to lead the state like a dictator.”

Gupta said, “Both TMC and BJP are responsible for the ongoing situation in Bengal, both the parties is using their powers in a dictatorial manner and as a result, innocent people are suffering.”

Gandhi said, “Election Commission is also somewhere responsible for the violence in the West Bengal as EC has enough power to take action against the parties and even police forces work according to their instructions during elections, then also these kinds of incidents proves that EC is also not working in a proper manner.”

Kazmi said, “The way BJP wants to get some seats in West Bengal is being opposed by the workers of the Banerjee-led TMC party, as they (TMC workers) doesn’t like the way BJP workers addresses people of West Bengal and we have been witnessing it from years, mainly last two years.”

Tripathi said, “West Bengal government is responsible for the violence in the state and this can be understood by the earlier actions of the state government as it does not let any other party leaders to address the rallies in the state, what is this? Isn’t this dictatorship?”

Pathak said, “What happened yesterday, was all planned and if they were allowed to address all the earlier rallies which were planned by the saffron party then situation would have been even worse than now.”

Raju said, “In no way the dictatorship rule in West Bengal can be justified by any party leader, violent in any state is not good for democracy, be it the authoritarian rule in WB or the attack done on Congress MLA Aditi Singh in Uttar Pradesh, both should be condemned equally.”