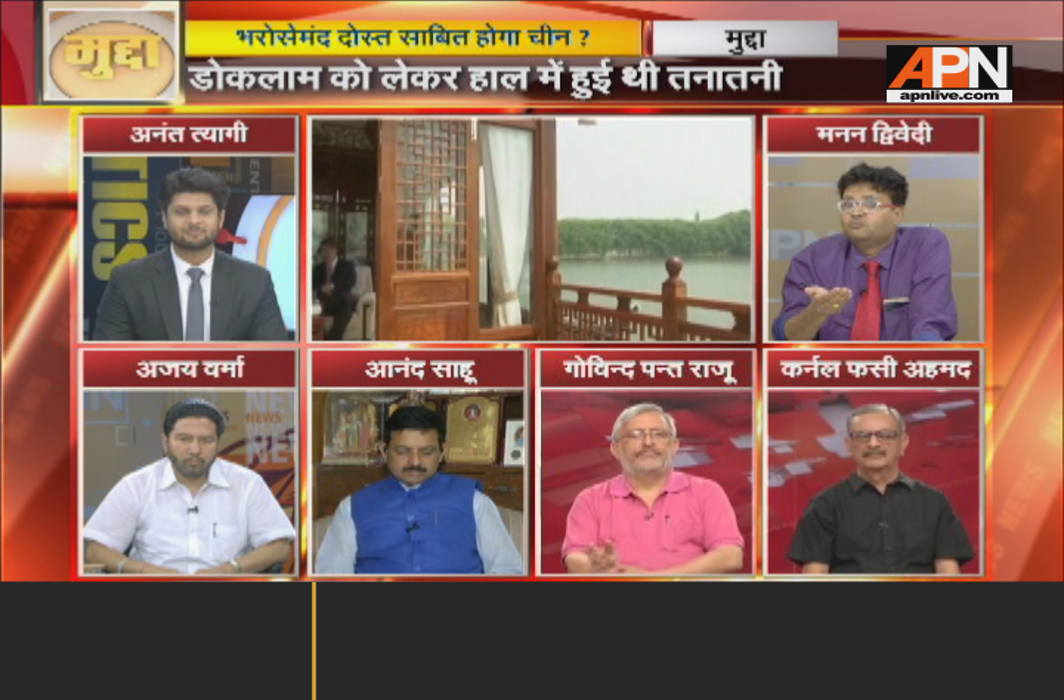 Mudda takes up Wuhan summit, examines likelihood of success of Modi agenda and whether or not it is possible to revive ties between Beijing and New Delhi

Saturday’s edition of Mudda pondered the deeper nuances of the Modi-Xi Jinping Wuhan summit. Was the warm welcome accorded to the Indian PM a bit out of place coming as it did after the standoff between the two armies in Doklam? What is the likelihood of the success of the Indian agenda? How achievable is the promise of revival of ties?

History has shown China has always undercut India and tried to armtwist it. It should not be trusted, felt Dwivedi.

“Modi deserves praise as does Jinping for this great initiative at such a big stage. The way they have tried to change this sensitive relationship into a strong one is commendable. A good friendship between the two countries can influence other nations such as the United States and Russia in a big way. I do believe China will join India in condemning terrorists like Hafiz Saeed and Masood Azhar. It is under immense pressure to come clean on this matter,” Sahoo said.

Every Indian knows China is stronger than us militarily as well as economically. There is no harm trying especially as Modi is so fond of travelling, Verma opined on the subject.

“In today’s scenario, if anyone can stand up to the United States, it is China and China alone. However, this meeting is not only India’s initiative. It has been sought in equal measure by China as well,” said Raju.

All grievances won’t be addressed. Grudges will remain, but the effort will be towards reducing the trust deficit between the two countries, which is still possible, Ahmed offered.

Dwivedi said our foreign policy has so far been Pakistan-centric. “We have to now change it and make it China-centric. Also, we must not let China gain the upper hand in maritime security,” he suggested.

Whatever steps India takes it has to make sure that a balance of power is maintained, Verma said.