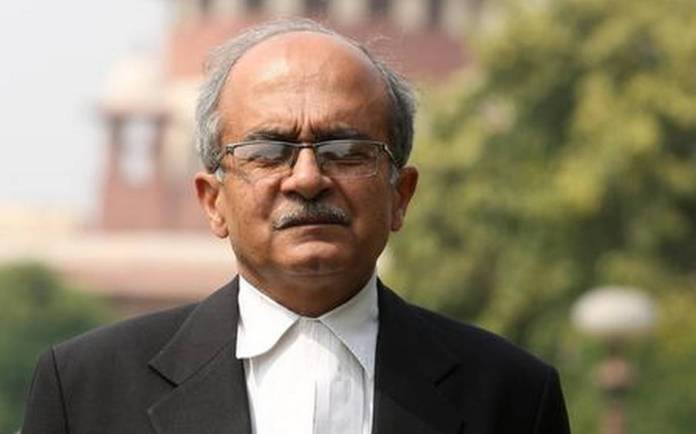 Activist-Lawyer Prashant Bhushan has regretted an error in his tweet on October 21 where he criticised the Chief Justice of India SA Bobde for accepting a special helicopter by the Madhya Pradesh government.

In his October tweet, Bhushan had said the Chief Justice took the special Helicopter for his visit to Kanha National Park and then to his home town in Nagpur, while an important case of disqualification of defecting MP’s and MLA’s of Madhya Pradesh is pending.

Bhushan on November 4 tweeted that he regretted the error in his earlier tweet.

He said elections were held yesterday to seats of defecting Congress MLA’s in Madhya Pradesh who were made ministers in the Shivraj government. Survival of Shivraj government will depend on their re-election, not on decision of case in CJI’s court challenging their ministership. He said he regrets this error in my previous tweet.

On November 4, a bench led by Chief Justice SA Bobde scrapped a plea that had raised concerns of pending disqualification proceedings against some Congress MLAs who had left the party and joined the BJP. They were appointed as ministers in the Shivraj Singh Chauhan government in Madhya Pradesh.

The senior advocate Kapil Sibal appearing for petitioner Congress MLA Vinay Saxena had said that bypolls in 28 constituencies in Madhya Pradesh have been conducted on Tuesday, November 3, after which the plea was disposed of by the bench, leaving the plea infructuous

Prashant Bhushan has been convicted two times before for tweeting against judiciary. The Supreme Court on August 31 imposed a fine of RE 1 against him as punishment in a contempt case against him.