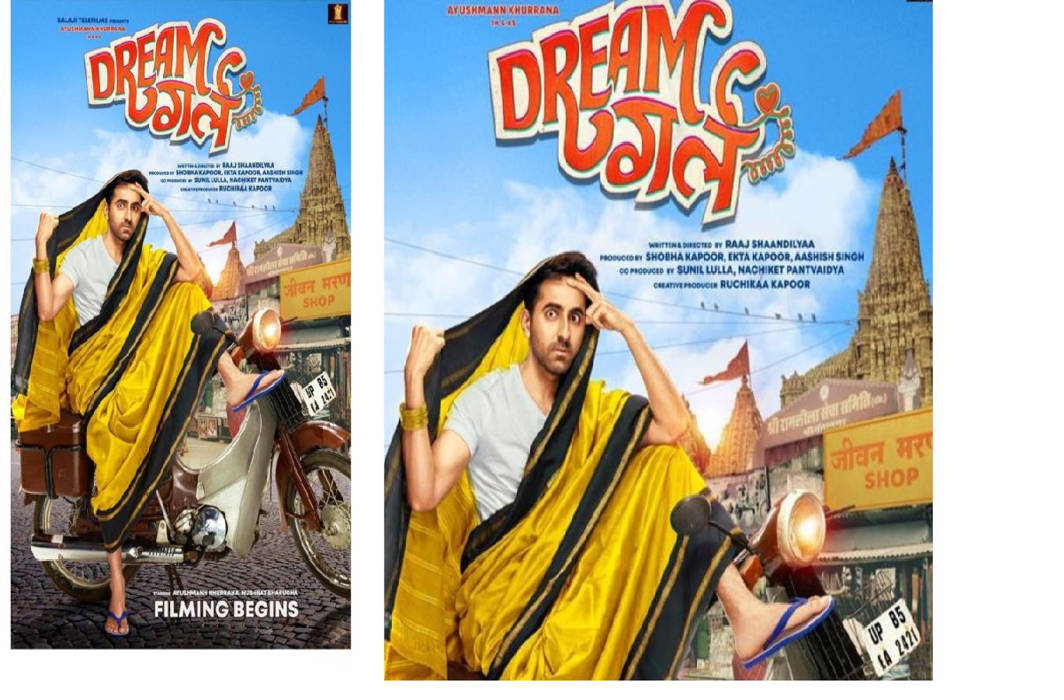 First  Andhadhun then Badhaai ho and now Dream Girl: Ayushmann Khurrana has made it clear that he is the upcoming superstar of Bollywood.

The  trailor of ‘Dream Girl’ will make you smile, laugh and fall in love with Ayushmann’s new avatar. The film, starring Nushrat Bharucha opposite Ayushmann Khurrana and produced by Ekta Kapoor, shows the feminine side of Ayushmann. It won’t be wrong to agree that he is both the hero and heroine of the film.

While on the one hand he plays the guy next door in love with Nushrat, on the other hand he also happily plays female characters like Sita, Draupadi in local plays to earn a living.

Annu Kapoor plays Khurrana’s onscreen father  who wants his son to have a ‘normal’ job, in which he doesn’t have to dress up as a woman – and to live up to his father’s dream, he joins ‘dial a friend’ job where he speaks to people as Pooja. Nushrat has a very brief appearance as Ayushmann’s girlfriend but still the chemistry between the two cannot be ignored.

Not only the film is crafted to make you laugh, it also touches upon issues like MeToo and women’s equality as a social message.

Set against the backdrop of Mathura, the film beautifully captures the rawness of the village. The film with a series of unusual and crazy situation will hit the screens on September 13, 2019.

Earlier, Ayushmann told news agency IANS that he believes in making films which “have different subject lines and have unique concepts attached to them.” The actor also said, “It is the right kind of scripts that you choose, I’ve always believed that content is the king.”

Ayushmann recently won a national award for Andhadhun in the Best Actor category. Let’s see if this film becomes another hit for the actor.