Home Latest Art & Culture Preserving the Past: The Surviving Legacy of British Architecture in Kolkata 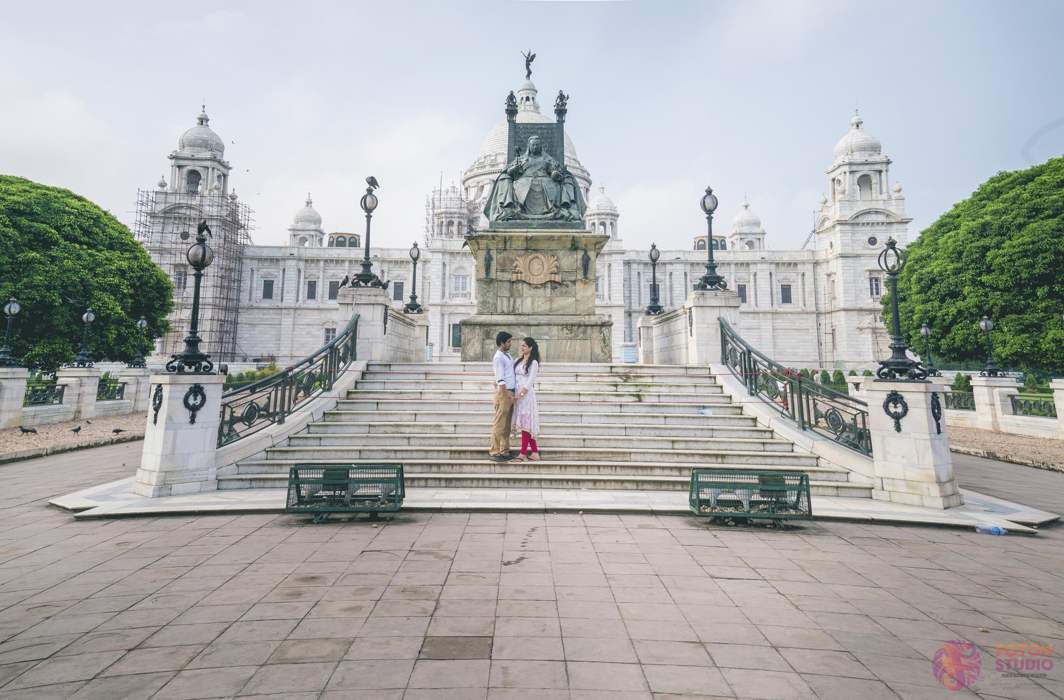 The British left footprints across their far-flung colonial empire from Toronto to Yangon. But nowhere is there as vast and varied a collection of heritage architecture than in Kolkata.

Thousands of buildings — including homes, churches, palaces and even synagogues — survive here from the days of the Raj, when Britain ruled India.

This marvelously exuberant, maddeningly chaotic city began as a small trading post in the 1690s, rose to become the seat of British power and now ranks as India’s third largest city, a megalopolis of some 15 million people.

Unlike countries which opted to eradicate the physical legacies of colonialism, India has accepted them as witnesses to history. The prime eradicator of Kolkata’s past has not been politics but those whom preservationists call “land sharks,” developers against whom they wage a sometimes winning, sometimes losing battle.

To dip into Kolkata’s bygone era, my wife and I stayed at the Oberoi Grand Hotel, took afternoon tea at the still oh-so-English Bengal Club and best of all signed up for a guided walk around Dalhousie Square, the onetime epicenter of the British Raj.

Dating back to the late 1880s, the Grande Dame of Calcutta, as the Oberoi and Kolkata were earlier known, was the social hub of the colonial city. During World War II, it was party time headquarters for American soldiers. Today the hotel is an oasis of tranquility amid the surrounding vibrant street life, offering palm-shaded courtyards, Victorian four-poster beds and service which viceroys would find hard to fault.

The Bengal Club, another enduring social fixture, has been catering to elites since 1827, and the lovely premise strives to keep the modern world at bay. One may forget it is 2018 while sipping tea in a politely hushed room named after the prominent 18th century British painter Joshua Reynolds, one of whose works hangs on its pastel yellow walls. The colonials also tried to shut out a dramatically changing India: Incredibly, the club only opened its doors to Indians in 1959 — 12 years after independence was won.

“‘It was from here that 200 British officers ruled over 200 million Indians,” remarked our guide Ramanuj Ghosh, pointing to what is now the 133-room home of the state governor, where British viceroys resided during most of the decades when Kolkata served as India’s capital. Modeled on a stately home in England, it was encased in 6 acres of lush gardens and built in the Gregorian style.

What soon became obvious on our walk, even to an untrained eye, was the incredible architectural melange. The Victoria Memorial, the city’s most imposing colonial structure, is described as designed in “the Indo-Saracenic revivalist style which uses a mixture of British and Moghul elements with Venetian, Egyptian, Decanni and Islamic architectural influences.” Dedicated to the memory of Queen Victoria, its vast art and artifact collections include her childhood piano and a writing desk.

Our four-hour stroll through several centuries of history took us past the 1868 post office and the Royal Insurance Building, still busy today, where British officials would ride their horses right up to their desks. At the vast Writer’s Building, India’s still notorious bureaucracy administered a population which also included Greeks, the Dutch, Armenians and others.

Kolkata once was also home to some 6,000 Jews, though there are just a handful living here today descended from the Jews who settled here in the late 18th and early 19th centuries. The city’s oldest, now restored synagogue Neveh Shalome dates back to 1831.

Most of the buildings we saw are about on a protected heritage list. But many others are decaying or have been razed.

“Indian people want to preserve the past. We don’t easily make way for the new, but powerful market forces are working against this,” says Bonani Kakkar, who heads People United for Better Living in Calcutta, an environmental and preservation group.

Developers, she says, approach owners of dilapidated homes, offer them new condos in exchange and then take them down to build high-rises. The solution, she believes, is to either “make people boast that they live in old buildings” or to bring them to life again by turning them into B&Bs, art galleries and music venues.

Philip Davies, an authority on colonial architecture, notes that there are more heritage buildings in this city than all of the United States, but that Kolkata is a “sleeping giant at the crossroads.”

“It is stumbling toward the future rather than grasping the spectacular opportunities afforded by its heritage,” he said. “Its unparalleled heritage is crumbling from neglect, and falling prey to random, speculative development.” But he hopes a brave new vision will save one of the world’s great historic cities.