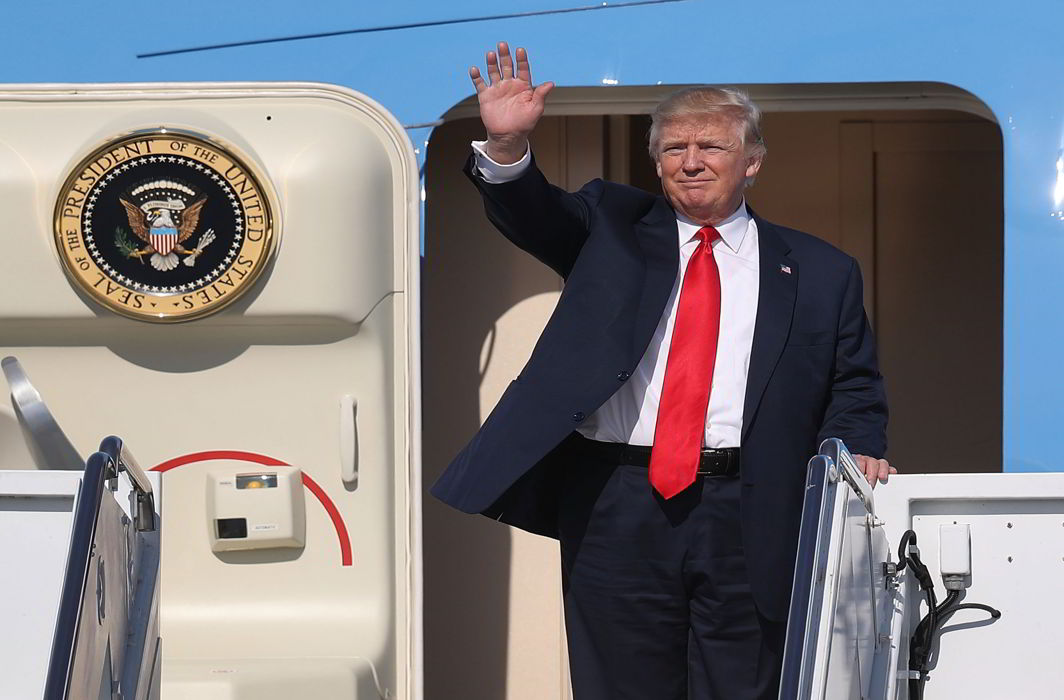 US Donald Trump and Japanese Prime Minister Shinzo Abe are expected to sound clear message to North Korean leader Kim Jong Un that nuclear weapons and missile development are entirely unacceptable and “all options are on the table.”

Trump will reach Tokyo, the first destination, on Sunday as part of his 12-day trip to five Asian countries. He left Washington on Friday. Before reaching Tokyo, Trump is visiting Hawaii “to thank American troops as the US Pacific Command and pay his respects at Pearl Horbor.”

This will be the longest trip by a sitting US President since 1992, when George H.W. Bush spent 12 days in Asia due to health issues. It will take US President to Japan, South Korea, China, Vietnam and Philippines.

According to White House statement, “President Trump will utilize this trip to demonstrate the Administration’s commitment to the Indi-Pacific region and to strengthen US alliances and partnerships.  The President will address a wide array of strategic issues with foreign leaders, including North Korean nuclear threat.”

The  observers believe that Japanese Prime Minister Shinso Abe hardly needs Washington to push him into a hard-line stance against North Korea, China or even South Korea as his hawkish posture towards mainland Asian neighbours has been part of his political image.

If “all options open” statement is released during Trump’s visit it will be against Japan’s constitution. It says, “The Japanese people forever renounce war as a sovereign right of the nation and the threat or use of force as means of settling international disputes”.

The White House statement released on Friday says, that “President Trump plans to use this trip to build on the work that his Administration has already accomplished.”

Moreover President Trump, while in Philippines for participating at US-ASEAN summit, will also hold bilateral meetings with President Rodrigo Duterte  with Prime Minister Narendra Modi and Australian PM Malcolm Turnbull. The summit is scheduled to be held on 13,14 November in Manila.