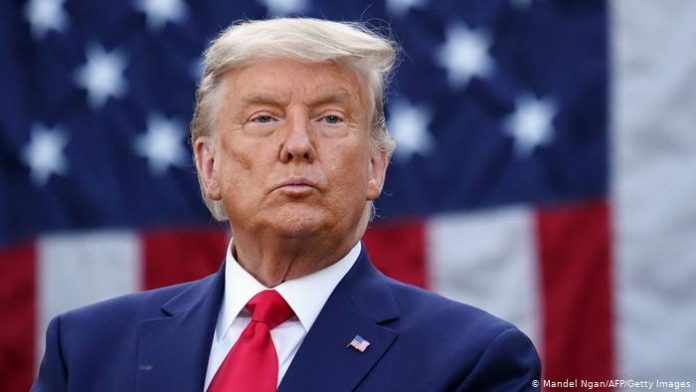 US President Donald Trump on Wednesday was impeached by the House for historic second time, over the Capitol Hill riot. Trump has been charged with incitement of insurrection against the United States government, in a swift and stunning collapse of his final days in office.

The House voted 232 to 197 to impeach Trump, the only US president to be impeached twice. The Democrats and 10 Republicans including Liz Cheney of Wyoming, the third-ranking House Republican, approved the article of impeachment. They said Trump needed to be held accountable and warned ominously of a clear and present danger if Congress should leave him unchecked before president-elect Joe Biden’s inauguration January 20.

The House speaker Nancy Pelosi called Trump a clear and present danger to the country. The House speaker signed the impeachment article, but hasn’t indicated whether she’ll delay transmitting it to the Senate for a trial.

After the proceedings, Trump released a video condemning Capitol hill violence but made no mention of his impeachment. He said the violence and vandalism have absolutely no place in the country as well as in the movement. The incursion of the Capitol Building struck at the very heart of our Republic, millions of Americans were angered and appalled across the political spectrum, said Trump, adding that he unequivocally condemned the last week violence .

Meanwhile, the Senate, the upper chamber of the legislature will hold a trial, in which the two-third majority is required to convict Trump. Democrats will need at least 17 Republicans to vote in favour of the article of impeachment. After conviction, Trump could be barred from running for office ever again. If not convicted, Trump would be impeached but not removed from office.

However, the trial is likely to be delayed until after Joe Biden confirms his cabinet members and implements some of his legislative agenda, as per reports.

Trump’s second impeachment triggered after his loyalists stormed the Capitol on January 6 which resulted in the death of five people and scores of injuries. Protesting against the certification process of Joe Biden’s victory by the Congress, they breached barricades and advanced into the halls of the Capitol building and were involved in violence and vandalism.

Just a year ago, the president was first impeached over allegations of seeking help from Ukraine to boost his chance of re-election. The allegations were put against him for seeking damaging information from a foreign country about his political rival Joe Biden. However, there have been no convictions, since he was cleared by a majority of Senators at the trial.

Before Trump, former presidents Bill Clinton and Andrew Johnson have been impeached.

India has slammed Pakistan and highlighted irony as it co-sponsored a resolution in United Nations to safeguard religious sites and promote culture....
Read more

At least eight people died in a massive explosion at a stone mining quarry in Karnataka’s Shivamogga district on Thursday. The Chief...
Read more

After a memorable victory at Gabba, India's head coach Ravi Shastri on Tuesday delivered a motivational speech in the dressing room after registering victory against Australia by 2-1.
Read more
Load more

India has slammed Pakistan and highlighted irony as it co-sponsored a resolution in United Nations to safeguard religious sites and promote culture....
Read more

At least eight people died in a massive explosion at a stone mining quarry in Karnataka’s Shivamogga district on Thursday. The Chief...
Read more