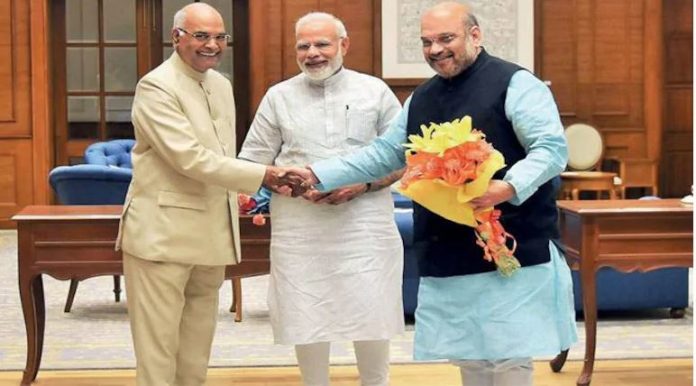 President Ram Nath Kovind turned 75 on Thursday with political leaders wishing him on his birthday today. Prime Minister Narendra Modi, Home Minister Amit Shah wished the President on Twitter. PM Modi tweeted that Rashtrapatiji’s rich insights and wise understanding of policy matters are great assets to the nation. The PM said the President is extremely compassionate towards serving the vulnerable and said that he prayed for his good health and long life.

Home Minister Shah tweeted in Hindi that President Kovind’s dedication towards the uplift of the poor and underprivileged sections of society was a source of inspiration for all concerned.

Vice President Venkaiah Naidu, who is currently suffering from coronavirus, wished President Kovind and said he is known for his simplicity, warmth, vision, exemplary leadership and concern for the poor. Naidu wished him good health and a long life.

BJP national president JP Nadda wished the President and said Kovind’s simplicity, relentless hard work and regular outreach was inspiring. “May God bless him with good health and long life in the service of the nation,” he said. Delhi Chief Minister Arvind Kejriwal tweeted that may God give President Kovind a long and healthy life. Union Minister of Minority Affairs Mukhtar Abbas Naqvi also wished the President on his birthday with lots of good wishes and good health.

After a few hours, Twitter was flooded with wishes for President Kovind with the hashtag #RamNathKovind trending on Twitter.

An advocate-turned-politician, President Kovind was born on October 1, 1945 into a Dalit family in Paraunkh village of Uttar Pradesh’s Kanpur district. After finishing his law graduation, he enrolled as an advocate in the Bar Council of Delhi where he became the Central Government Advocate from 1977 to 1979. He also served as the personal assistant to Prime Minister Moraji Desai during that period. He became a Supreme Court advocate in 1978 and served as standing counsel for the Central Government from 1980 to 1993.

His political career kicked off when he became a member of the BJP in 1991 and also served as the party’s national spokesperson. Ram Nath Kovind took oath as India’s 14th President on July 25, 2017.