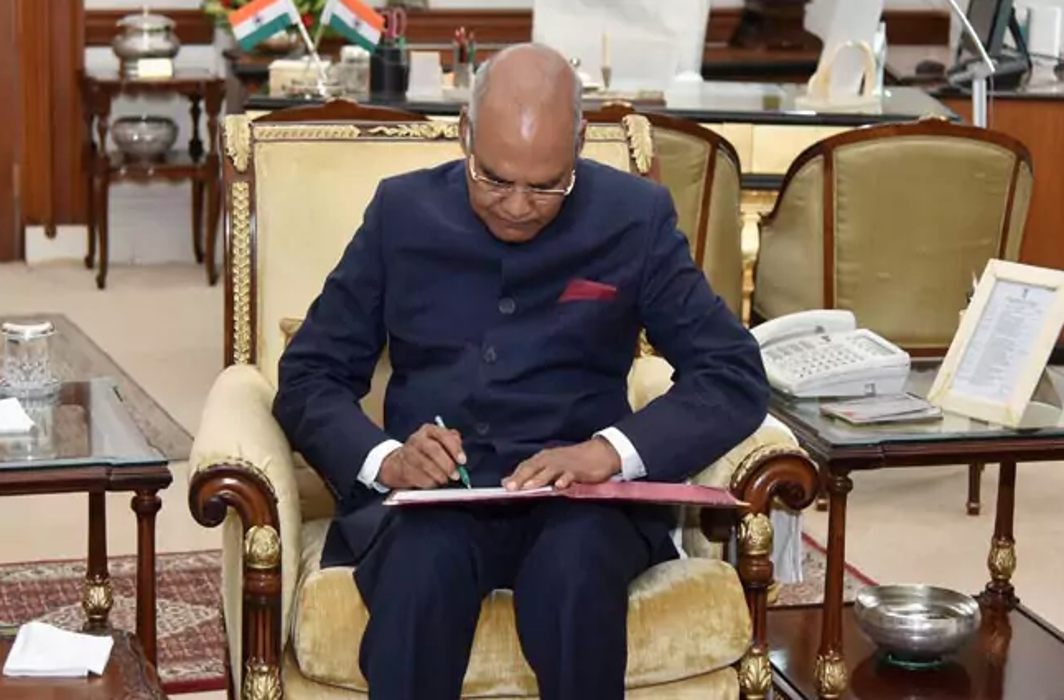 President Ram Nath Kovind has, on Saturday evening, promulgated the criminal law amending ordinance, paving the way for providing stringent punishment, including the death penalty, for those convicted of raping girls below the age of 12 years.

He has also given his consent to Fugitive Economic Offenders Ordinance (FEOO) allowing the government to confiscate properties and assets of loan defaulters who flee the country to escape from facing criminal prosecution.

According to agency reports the president signed on the two ordinances within hours after Union Cabinet headed by Prime Minister Narendra Modi cleared them during the day.

President’s nod to the ordinance relating to the stringent punishment for the rape convicts came following public outcry over cases of sexual assault and murder of minors in Kathua and Surat and the rape of a girl in Unnao, allegedly by BJP legislator.

The Gazette notification issued on Saturday said, “Whereas Parliament is not in session and the President is satisfied that the circumstances exist which render it necessary for him to take immediate action. Now, therefore, in exercise of the powers conferred by clause (1) of article 123 of the Constitution, the President is pleased to promulgate the following ordinance.”

The ordinance stipulates stringent punishment for perpetrators of rape, particularly of girls below 16 and 12 years. The death sentence has been provided for rapists of girl under12 years, while the minimum punishment in case of women has been increased from rigorous imprisonment of 7 years to 10 years, extended to life imprisonment.

The measure also provides for speedy investigation and trial. The time limit for investigation of all cases of rape has been prescribed, which has to be mandatory completed within two months.

Earlier on March 12, the Fugitive Economic Offenders Bill was introduced in the Lok Sabha but could not be taken up for discussion and passage due to logjam in parliament over several issues. Opposition had alleged that government was not serious in conducting normal business in the house.

The ordinance seeks to confiscate properties of economic offenders like Vijay Mallya and Nirav Modi, who have left the country.

The provisions of the ordinance will apply for economic offenders who refuse to return, persons against whom an arrest warrant has been issued for a scheduled offence as well as wilful bank loan defaulters with outstanding of over Rs. 100 crore.

It provides for confiscating assets even without a conviction and paying off lenders by selling off the fugitive’s properties. Such economic offenders will be tried under Prevention of Money Laundering Act (PMLA).

The ordinance defines a fugitive economic offender as a person against whom an arrest warrant has been issued for committing offence like counterfeiting government stamps or currency, cheque dishonour for insufficiency of funds, money laundering, and transactions defrauding creditors.