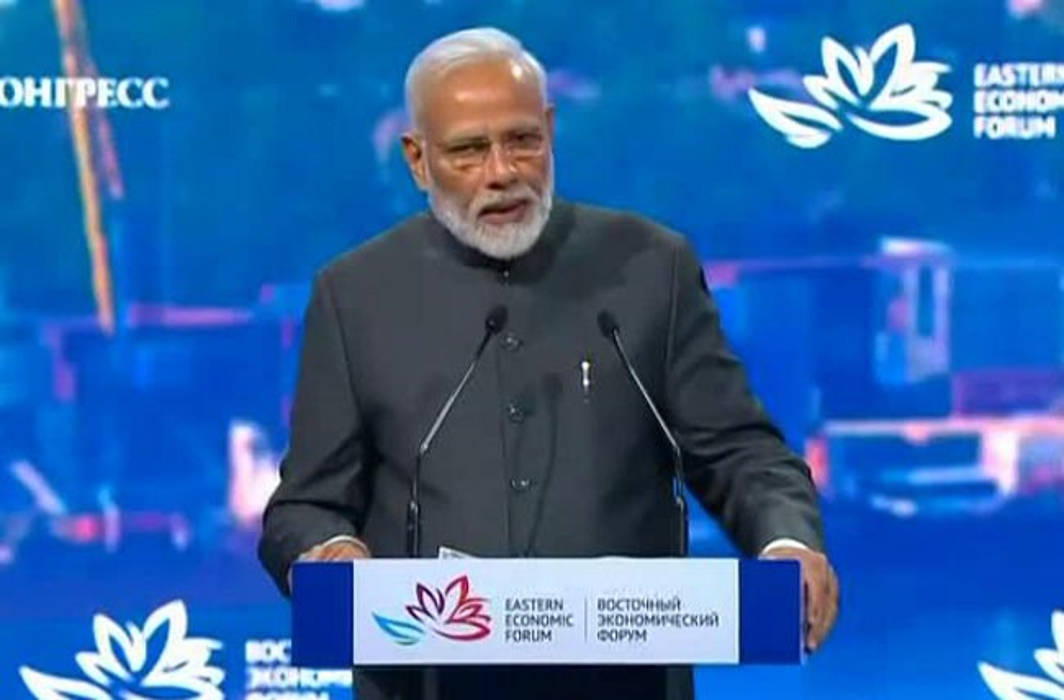 Addressing the plenary session of the 5th Eastern Economic Forum that’s being held in Vladivostok, the Prime Minister said India will walk shoulder-to-shoulder with Russia in its development of the resource-rich Far East region.

“India’s connection to Russia’s Far East go back a long way. India was the first country to open a Consulate in Vladivostok,” he said.

“I firmly believe that today’s announcement will be the take-off point of out ‘Act Far East Policy’,” the Prime Minister said in his address.

This step, he said, “Will add a new dimension to our economic diplomacy”. India will become an active participant in the development of various regions of friendly nations, PM Modi added.

He also appreciated the vision of Putin for the welfare for Russia’s Far East, saying the President has opened up investment opportunities for India in the region.

“By declaring the development of the Russian Far East a ‘national priority for the 21st century’, President Putin has taken a holistic approach towards improving everything ranging from economy, education, health to sports, culture or communication,” he said.

“Let us deepen the bond between India and Russia even further. India is proud of the achievements of the Indian diaspora. I am sure here in the Russian Far East too Indian diaspora will make an active contribution towards the region’s progress,” Modi said.

As part of PM Modi’s “Look East” vision, the “Act East” policy was developed soon after the BJP came to power in 2014. Conceived primarily as an economic initiative, it has gained political, strategic and cultural dimensions as dialogue and cooperation grew.

Over the last years, New Delhi has focused on the nations in the Asia Pacific region, but this is the first time, it is extending a Line of Credit.

PM Modi, who reached Russia on a two-day visit on Wednesday, is the first Indian prime minister to visit to the country’s Far East region.

He arrived here to participate in the 20th India-Russia annual summit with President Putin and the fifth meeting of the Eastern Economic Forum (EEF).

The Eastern Economic Forum focuses on the development of business and investment opportunities in Russia’s Far East Region, and presents a huge opportunity to develop mutually beneficial cooperation between India and Russia.