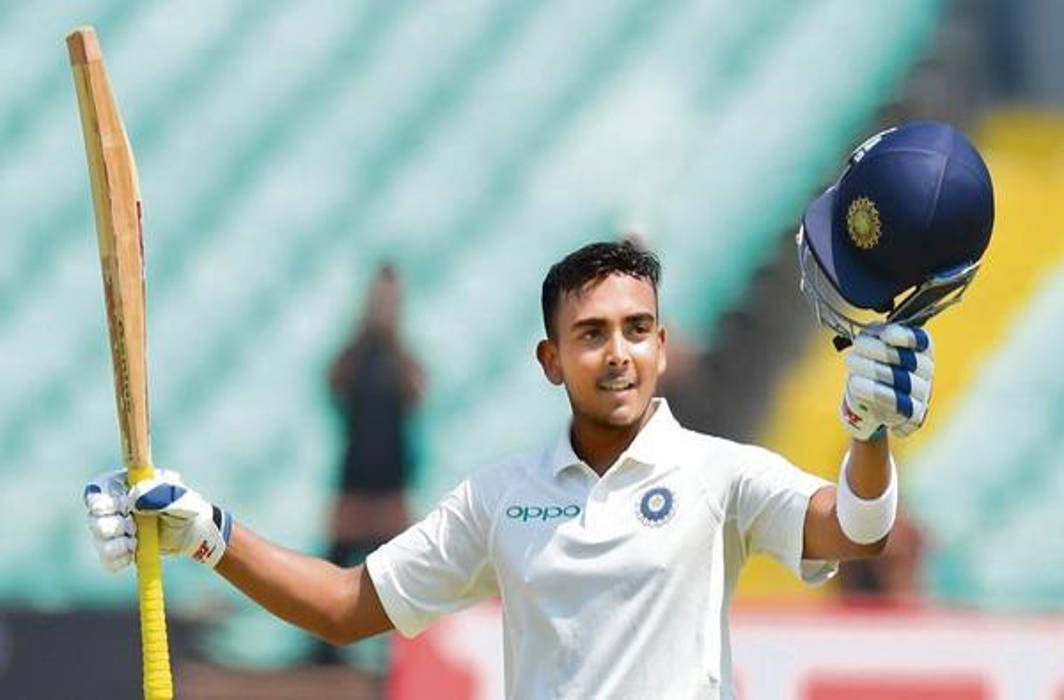 BCCI on Tuesday has announced that Prithvi Shaw has been suspended from all forms of competitive cricket for eight months for doping violation.

“Shaw had inadvertently ingested a prohibited substance, which can be commonly found in Cough syrups. Terbutaline is found in 95% of cough syrups, and this is his first offence,” said a board official, while explaining the punishment.

Shaw is the second high-profile Indian Cricketer, after Yusuf Pathan – banned for five months by BCCI in January 2018, to have been suspended on grounds of a doping violation.

Shaw is currently at the National Cricket Academy undergoing rehabilitation for a reported hip injury, but the BCCI statement is an indicator that he was pulled out of Mumbai Premier League after testing positive.

“Shaw responded to the charge by admitting the ADRV but asserting that it was inadvertent, being caused by his ingestion of the over the counter cough syrup he had taken for his cough,” the release stated.

“Having considered all of the evidence and taken expert external advice, the BCCI has accepted Shaw’s explanation of the cause of his ADRV, and on that basis has agreed that a period of ineligibility of eight months should apply, together with disqualification of certain results,” the BCCI ruled.

The BCCI then further explained why the suspension was back-dated.

“Therefore, further to BCCI ADR Article 10.10.2, the eight-month period of ineligibility will be deemed to have started to run on 16th March 2019, so that it will end at midnight on 15th November 2019,” the release added.

Along with Shaw, two other cricketers – Akshay Dullawar of Vidarbha and Divya Gajraj of Rajasthan were also suspended. Dullawar has been banned for eight months, while Gajraj for six months.