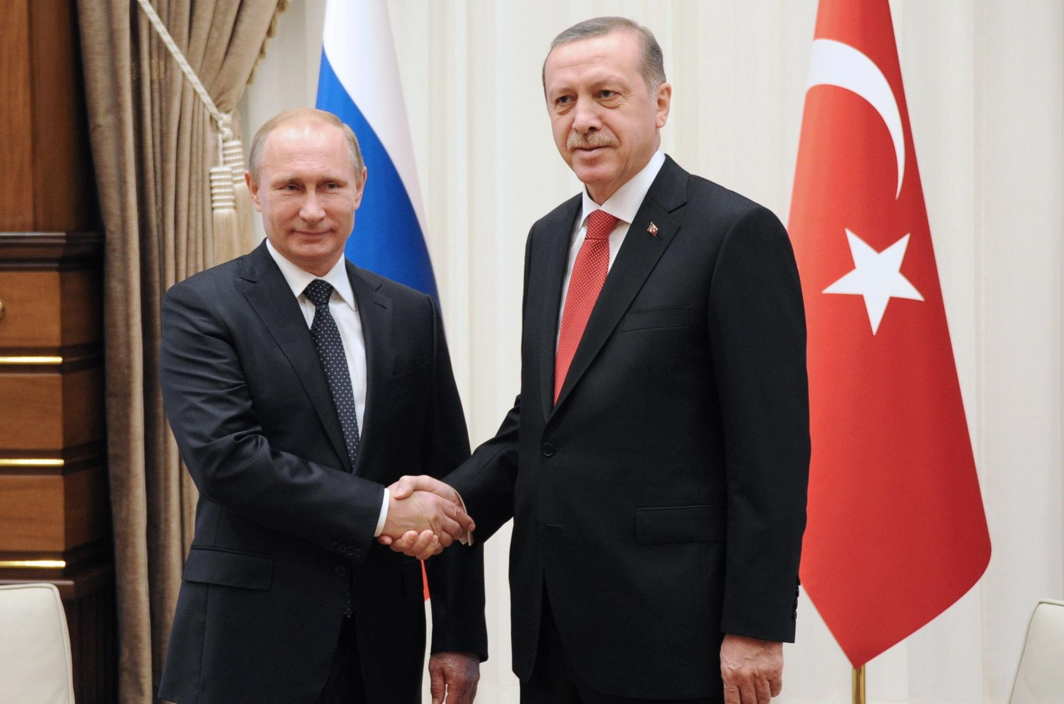 Amidst anti-US passions around the world for Washington’s Jerusalem move, Russian President Vladimir Putin visited Syria, Egypt and Turkey on Monday and shared views on Trump’s adventure paving way for strengthening bilateral ties with regional played in the Middle East.

According to Aljazeera, Russian President Vladimir Putin joined his Turkish counterpart RecepTayyip Erdogan in criticising US decision to recognise Jerusalem as Israel’s capital.

Putin, while speaking at a joint press conference with his Turkish counterpart in Ankara said that Jerusalem’s status should be settled through direct talks between Palestinians and Israel.

He was quoted saying, “Both Russia and Turkey think the decision of the US to recognise Jerusalem as the capital of Israel is not helping the situation in the Middle East. It is destabilising the region and wiping out the prospect of peace.”

On his part Erdogan said he was “pleased” by Putin’s stand, and condemned Israel over the deaths of Palestinians in the occupied territories during the protests against Trump’s plan.

Meanwhile, Ankara based Hurriyet Daily News, reports that Erdogan said that the “the purchase of the S-400 missile defense system from Russia will be finalized this week.”

The S-400 missile defence system can carry three types of missiles capable of destroying targets including ballistic and cruise missiles.

Erdogan also emphasised that trade relations between the two countries were getting “stronger “day by day”.  He was quoted saying, “Our bilateral trade volume with Russia increased 30 percent in the first 10 months of 2017. We have a harmonious working environment at the political level.”

This was the eighth meeting between the two leaders this year. The Turkish President Erdoğan said Ankara and Moscow would hold a seventh High-Level Cooperation Council meeting in 2018.

Vladimir Putin’s visit came amid growing anger in the region and the Muslim world over US President Donald Trump’s decision of declaring Jerusalem as the Israeli capital and US policy shift was widely condemned by Washington’s allies. 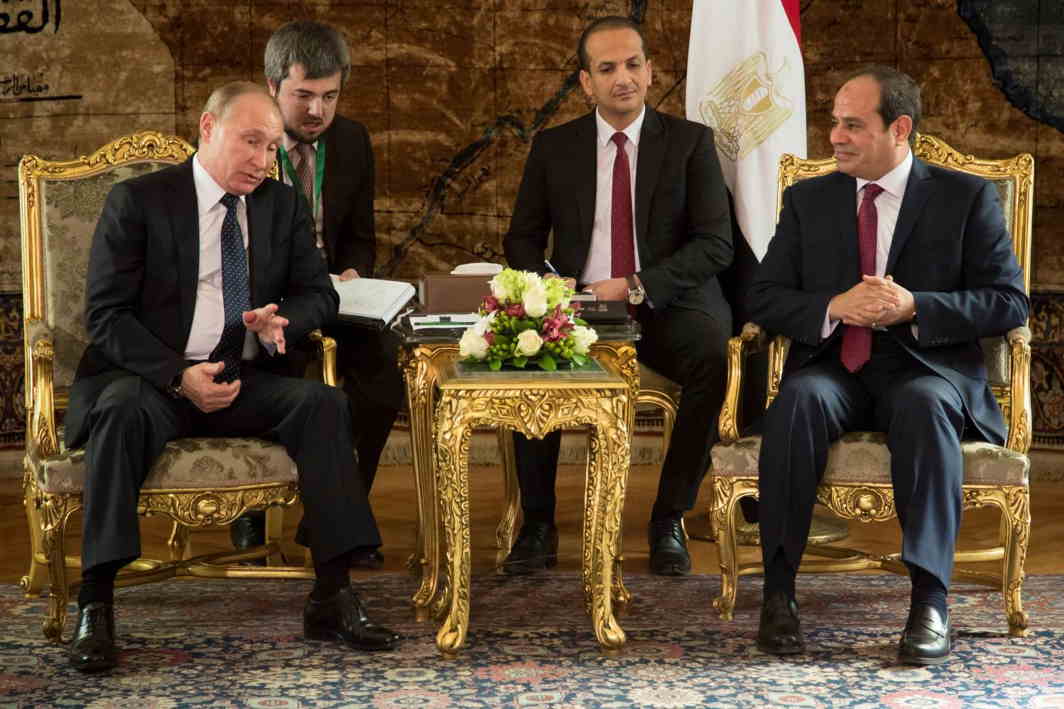 In Egyptian capital Cairo, President Vladimir Putin held talks with his counterpart Abdel Fattah al-Sisi and renewed Russian eagerness to resume work on Dabaa nuclear plant. The Egyptian and Russian ministers signed a $ 21 billion deal to start work on the nuclear plant which was initially agreed upon in 2015.

Earlier, Russian state nuclear company Rosatom had said that Dabaa nuclear station will have four reactors and cost up to $ 21 billion. The project will be completed by 2028-29.

Egypt is the second largest recipient of US military aid after Israel and a strategic US partner in the Middle East as it controls the Suez Canal.

During his Cairo stay, Putin also agreed to resume civilian flights which Moscow halted in 2015 after militants bombed Russian tourist jet killing 224 people on board.

“The Russian security services have reported to me that, on the whole, we are ready for opening the direct air link between Moscow and Cairo. This would require signing a corresponding intergovernmental protocol,” Putin said.

Before visiting Cairo and Ankara, Russian President Vladimir Putin had a short meeting with his Syrian counterpart Basher al-Assad at Khmeimim, a Syrian port used by Russian air force on Monday. He ordered Russian troops to withdraw from the war-torn city. 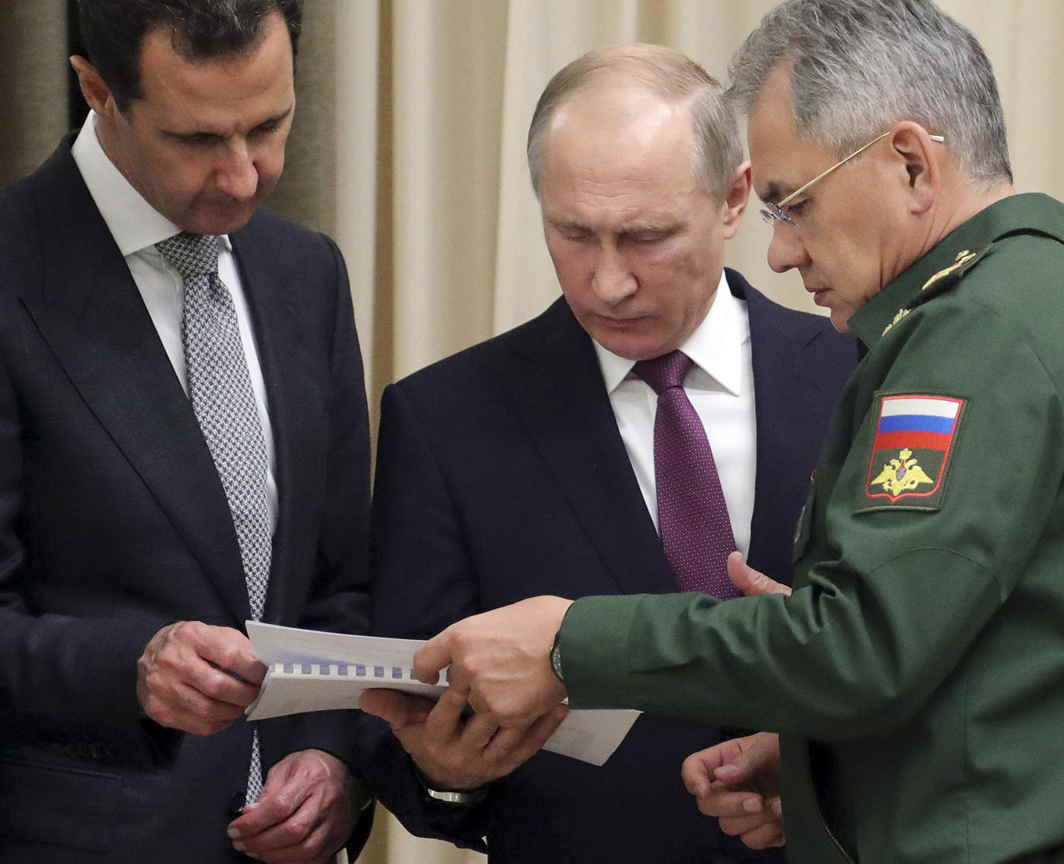 Official SANA news agency said, “Presidents al-Assad and Putin reviewed the military forces at the Khmeimim base in the presence of the Russian Defense Minister and Chief of Staff of the Syrian Arab Army.”

Analysts believe that Putin’s lightning visit to the region highlighted Russia’s expanding ties with key players in the Middle East.

Al Jazeera’s Mohammed Adow, reporting from Ankara, said Putin “has capitalised on the anti-Trump fervor in the region” with his three-leg regional tour.

Marwan Karbalam, another prominent analyst on Middle East affairs has also said Putin’s trip was aimed at “projecting power in the Middle East by visiting two US allies – Egypt and Turkey – who have grown closer to Russia over the past couple of years”.

Karbalam further said that Vladimir “tried to make use of the difficult relationship the US allies are having with their international patron in order to increase his influence”.

Putin has recently announced his intention of seeking a new term in presidential elections next year. Some Russian observers believe that the trip was a final step to convince the Russian public that Vladimir Putin is a strong leader and needs to be re-elected.