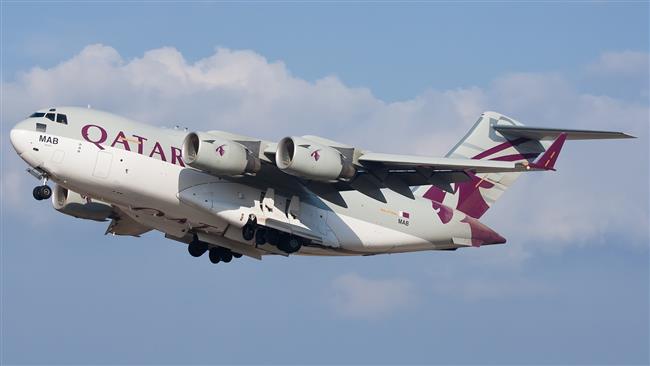 Qatar is working to manage its milk supplies by airlifting thousands of dairy cows from Germany, US and Australia in the face of a blockade imposed by Saudi Arabia and its allies. Saudi Arabia, UAE, Bahrain and Egypt severed their diplomatic, air and ground ties with Qatar on June 5.

According to London based The Sunday Telegraph plan was the brainchild of Moutaz al-Khayyat, a Syrian businessman and the chairman of Power International Holding based in Doha. A specially-configured transport aircraft would land in Qatar later this week to deliver 140 German cows to a number of air-conditioned hangars in the desert.

There would be more planes and more cows every three-four days, until 4,000 cattle arrived in the kingdom. Qatar has no grass to feed the cattle and it is situated at very unfriendly location with temperatures regularly hovering around 46 centigrade.  The total delivery of the cattle is expected to take 60 flights. This would be the biggest airlift of livestock ever attempted.

Fahad al-Attiyah, Qatar’s Ambassador to Moscow, told The Sunday Telegraph that “It’s not practicality or pragmatism, it’s about ideology. If the price of Qatar’s independence is to airlift every single pint of milk then we will do so.”

He hoped that the airlifted cows would help Qatar eventually become completely self-sufficient in milk production.

Qatar is home to only 2.6 million people but it imports 90 percent of its food and has only two days’ of fresh water in reserve. When Saudi Arabia abruptly shut Qatar’s only land border on June 5, there was genuine panic that Qatar might go hungry.

However, the shelves of Doha’s supermarkets are now reportedly full because of new supplies from Iran and Turkey.