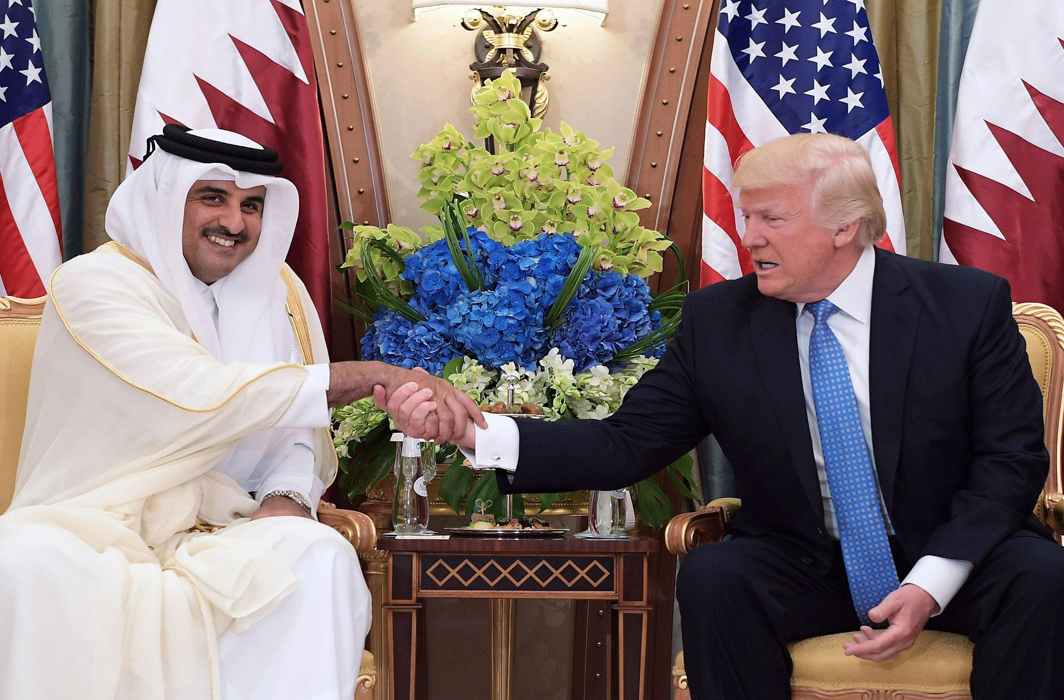 In an interesting turn in the Qatar crisis, especially after US Secretary of State Rex Tillerson’s visit to the region, the Qatari emir has said that US president Donlad Trump  has offered to hold a meeting at his retreat in Camp David to  resolve the months old diplomatic crisis.

Speaking to the CBS news magazine called 60 Minutes, Sheikh Tamim bin Hamad Al-Thani said Trump plans to bring the Gulf neighbours together in a bid to mediate the dispute.

Recently Rex Tillerson had conceded that Saudi leaders were not ready to have direct talks with Qatar on the crisis. While addressing joint press conference with his Qatari counterpart  Sheikh Mohammed bin Abdulrahman Al Thani, Tillerson said, “In my meetings with [Saudi] Crown Prince Mohammed bin Salman, I asked him to please engage in dialogue, [but] there is not a strong indication that parties are ready to talk yet.”

On June 5, Saudi Arabia, the UAE, Egypt and  Bahrain  had suddenly disrupted ties with Qatar  and imposed a land, sea and air embargo, accusing it of supporting “terrorism”.

Qatar denies the allegation and has repeatedly called for an “unconditional dialogue based on mutual respect for sovereignty”.

“It is true, he [Trump] suggested that we come. I told him straight away, ‘Mr President we are very ready, I’ve been asking for dialogue from day one.'”

Replying to a question about the response from the rival countries, emir said, “It was supposed to be very soon, this meeting, but I don’t have any responses.”

Till now US and Kuwait have failed to bring about any solution to the diplomatic crisis in the region. Qatar is member of the regional group Gulf Cooperation Council. Other members are Saudi Arabia, Qatar, Bahrain,UAE, and Oman.

Donald Trump was enthusiastic after his  meeting with Sheikh Tamim saying he was a “long-time friend” and said he had “a very strong feeling” that the crisis “will be solved pretty quickly”.

Qatari emir has also expressed concern about the possibility of  escalation of the situation saying, “I’m fearful that if anything happens, any military act happens, this region will be in chaos.”

Sheikh Tamim’s full interview with 60 Minutes will be broadcast on Sunday.

The interview took place in Doha in early October, after a few weeks of emir’s meeting with US President Donald Trump on the sidelines of the United Nations General Assembly in New York in September this year.