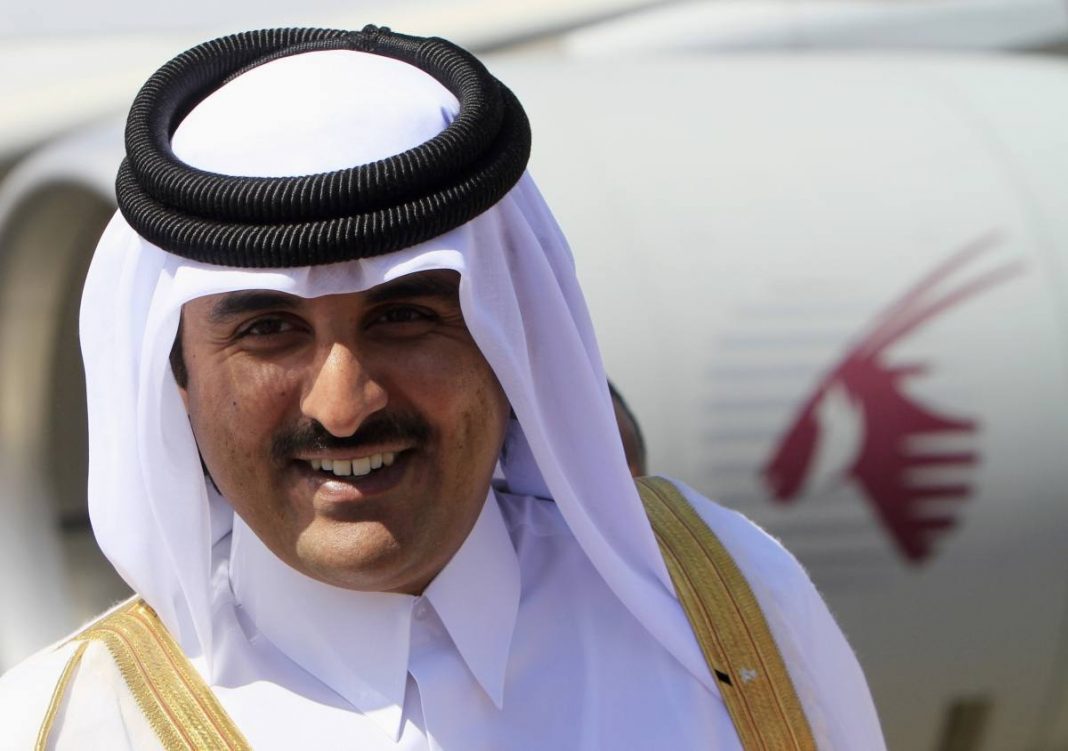 The Qatar crisis seems to continue quite long amid Doha’s tough but polite attitude. The Saudi Arabia led quartet is also not forthcoming with new proposals. The situation seems to be gloomed with carrot and stick diplomacy from both the sides.

The Qatari Emir Sheikh Tamim bin Hamad Al-Thni has, on Friday, said that his country is ready for dialogue to resolve the diplomatic crisis with Saudi Arabia led group of countries. However, he has insisted that solution to the crisis must respect his country’s sovereignty.

In his first TV address after Saudi Arabia, Bahrain, UAE and Egypt severed ties on June 5, the Emir described the blockade by the Saudi led group of countries against Doha as “a pre-planned smearing campaign.” He said that severing ties by Arab countries was an act of aggression against Doha’s foreign policy.

He said the planners planted statements to mislead public opinion and the countries of the world. He expressed his dismay over terror allegations by Saudi-led bloc against Qatar and warned that such charges will harm war on terror.

The Emir said that, “We are open to dialogue to resolve the outstanding problems [so long as Qatar’s] sovereignty is respected.” He appreciated Kuwait’s mediation efforts with US, Turkey and Germany’s support.  He thanked Turkey for “putting into force quickly a cooperation agreement signed between us and meeting our basic needs.”

On Wednesday last, after Qatar’s refusal to bow down, the Saudi led block of states called on Doha to accept what they view as core “principles” already mentioned in their list of demands from Qatar, apparently backing down from a number of terms on the 13-point list dismissed by the emirates.

Saudi Arabia’s Ambassador to UN Abdullah al-Mouallimi said on July 18 that the quartet is committed to the six principles agreed at a meeting in Cairo on July 5. Kuwait’s Foreign Minister also attended the meeting.

UAE Ambassador Lana Nusseibeh said that Qatar was facing the risk of expulsion from the Gulf Cooperation Council (GCC) in case of failing to comply with the highlighted principles.

A UAE Minister of State for Foreign Affairs Anwar Gargash, while talking at Chatham House in London had said that closing down of Al-Jazeera was not necessary.

Meanwhile Saudi Arabia, on Friday, announced that kingdom will welcome Qatar’s citizens to perform Haj and Umra. They can fly to Saudi Arabia with any carrier except Qatar Airway, the Saudi Ministry of Haj and Umrah said.

The quartet comprising Saudi Arabia, Egypt, UAE and Bahrain severed diplomatic ties and cut all land, sea and air routes with Qatar on June 5. Qatar was asked to, apart from other demands, sever its ties with Iran, close Turkish army bases and shut down Aljazeera TV channel in its territory.

Qatar had dismissed the 13-point demands list, saying that the terms were mare all orders and that it will not engage in crisis resolution unless the siege is lifted.