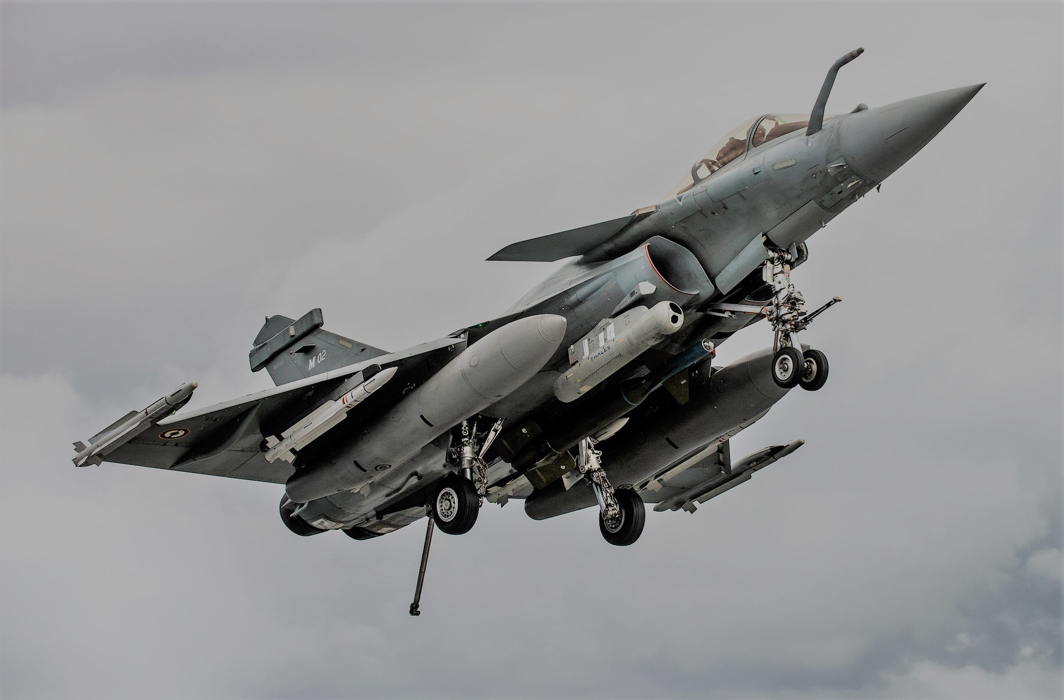 The Congress on Friday came out with a fresh set of papers accusing the Modi government of deceiving the country and saying that Defence Minister Nirmala Sitharaman “misled” the nation on the Rafale fighter aircraft deal.

The Congress focused on award of offset contract to Reliance Defence Ltd and alleged that something was amiss in grant of the contract.

Although the offset contract given to the Dassault Reliance Aerospace Limited – a joint venture between RDL and Dassault – is worth Rs 30,000 crore, the Congress released RIL’s papers which claimed that “a consequent Lifecycle Cost Contract” of Rs 1 lakh crore was also awarded to it.

Congress president Rahul Gandhi tweeted on Friday evening, “Dear Trolls, I apologise for my earlier tweet in which I stated Mr 56’s friend’s JV, received 4 Billion US$’s of “offset” contracts. I forgot to add the 16 Billion US$ RAFALE “lifecycle” contract. 20 BILLION US$, is the actual benefit. So Sorry!! #130000CroreRafaleScam”

AICC communication department head Randeep Surjewala said, “What is surprising is that one of the biggest defence offset contracts went to a company, Reliance Defence Ltd Reliance Defence was incorporated on March 28, 2015, just 12 days before the announcement of purchase of 36 Rafale aircrafts by PM in France on 10th April, 2015. The company Reliance Defence Ltd. did not have the license to manufacture fighter aircrafts at that time.”

Surjewala placed records of the ministry of corporate affairs, RIL’s press releases and company records to make his point that the Modi government had gifted the Anil Ambani-owned company a huge defence contract despite the fact that it neither had any industry experience nor any required assets, said a report in The Wire.

Surjewala claimed that RAL, which was “given the industrial licence to manufacture fighter aircraft” on February 22, 2016, did not own any land or building when it applied for the licence, reported The Indian Express (IE).

“In its licence application for manufacturing fighter aircraft, Reliance Aerostructure Ltd has given its address and location as ‘Survey No. 589, Taluka Jafrabad, Village Lunsapur, District Amreli, Gujarat’. At that time, these premises were not owned by Reliance Aerostructure. The address belonged to Pipavav Defence and Offshore Engineering Co Ltd,” the Congress leader was quoted by IE as saying.

Surjewala said 2015-16 annual report of the Reliance Group itself says that “acquisition of Pipavav Defence and Offshore Engineering Co. was successfully completed in January 2016.”

“Even on the date of license i.e 22.02.2016, Reliance Aerostructure Ltd. did not own the land or building at the aforesaid address. It was Reliance Defence Ltd. that acquired the company only on 18.01.2016 and name was then changed to Reliance Defence and Engineering Limited,” Surjewala was quoted as saying by The Wire.

He cited the company’s annual report 2015-16, page number 5 to substantiate his allegation. Similarly, he said even RAL was allotted 104 acres in Mihan SEZ, Nagpur, Maharashtra on 28 August 2015 for around Rs 63 crore, which was paid only in July, 2017. “So when the RAL was awarded the license to manufacture fighter aircrafts, it technically had no assets of its own. Is the Modi government serious about our country’s security?”

Surjewala also alleged that there were discrepancies in the Defence Ministry’s statement and the annual report of Dassault Aviation. The defence ministry’s statement issued on February 7, 2018 claimed “no Indian offset partner for the 2016 deal for 36 Rafale aircraft has been selected by the vendor [DA]”

But, the 2016 annual report of Dassault Aviation clearly stated Anil Ambani-led Reliance Group will “manage its offsets provided for in the country by the Make in India initiative”.

The Congress further alleged that on February 16, 2017, a press release from Reliance Defence Ltd., the joint venture partner, put the value of the deal at €7.87 billion, or approximately Rs. 60,000 crore, despite the Modi government claiming it cannot disclose it owing to a secrecy clause.

He also quoted a “investor presentation” slide of Reliance Infrastructure which talks about the joint-venture with Dassault Aviation. It talks about the offset contract worth Rs 30,000 crore, and that “life cycle opportunity (is) estimated at Rs 1 lakh crore over 50 years”.

Targeting defence minister Nirmala Sitharaman, Surjewala said that the ministry of defence had issued a press release on February, 7, 2018, which said, “…no Indian Offset Partner for the 2016 deal for 36 Rafale Aircrafts has been so far selected by the vendor (Dassault Aviation) because as per the applicable guidelines, Dassault Aviation is free to select the Indian Offset Partners and provide their details at the time of seeking offset credits, or one year prior to discharge of offset obligation”.

However, he said that RIL had issued a press release a year earlier on February 16, 2017, to announce that it had secured the offset contract in the Rafale deal. “Even Dassault Aviation in its Annual Report 2016-17 has claimed that ‘offset contract’ is being executed by Reliance.” Surjewala said.

Surjewala asked, “The simple question is, who is lying: the Defence Minister or Reliance/Dassault Aviation?”

He further said that if Dassault was free to choose its offset partner, as the defence ministry claims, it would be a clear violation of guidelines in such matters.

“The defence offset guideline warrant and mandate that every offset contract has to be approved by the Defence Minister. Did she approve it? If she did not approve it, how did she permit Dassault Aviation to handover the contract to a private company superseding a Government company? It only shows that the national interest was being compromised by the Prime Minister and Defence Minister of India,” he said.

The Congress alleged that the Modi government cancelled the UPA government’s deal that mandated government-owned Hindustan Aeronautics Ltd. only to suit a private company.

“The culture of crony capitalism is the DNA of the Modi government. It is truer than ever in case of the Rs. 60,145 crore Rafale deal …. Does the Prime Minister represent the interest of private companies and private industrial houses or is his duty and obligation to protect an existing signed contract between an experienced government company,” asked Surjewala.