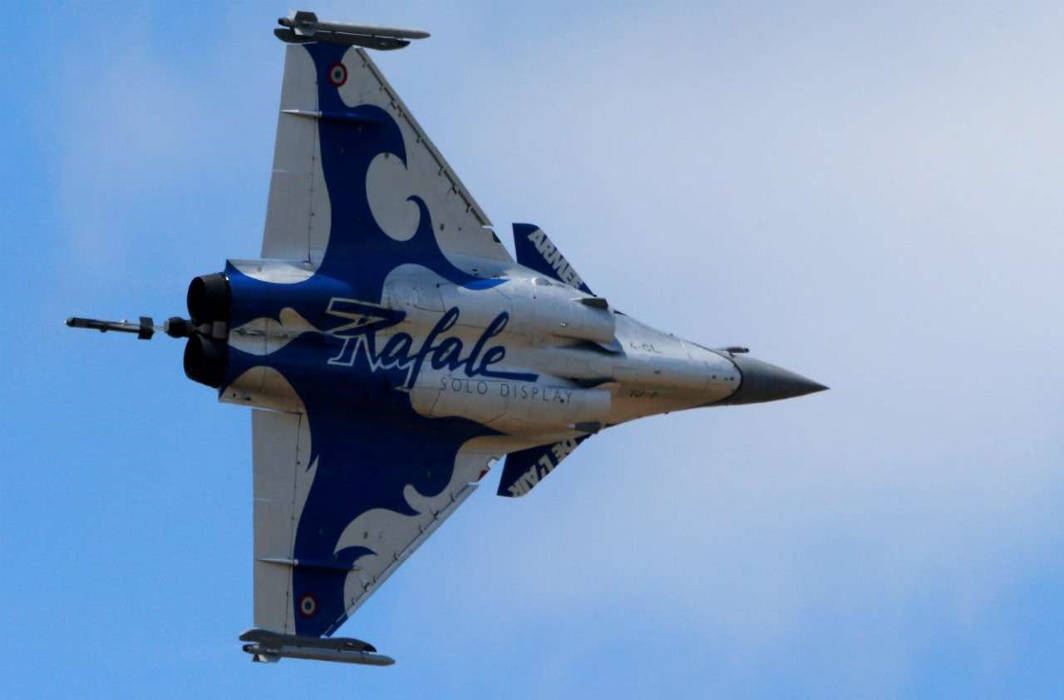 Ahead of the matter coming up for hearing in the Supreme Court on Monday, May 6, the Narendra Modi government, in its reply to the plea seeking review of its December 14 judgment rejecting demand for probe in Rafale deal, said the petitioners are trying to link unrelated issues and create controversies on the basis of certain media reports.

While arguing against a review based on media reports, however, the government also questioned the Supreme Court’s decision of dismissing Centre’s preliminary objections against the admissibility of the documents relied upon by the petitioners in the review petition.

The reply, filed today (Saturday, May 4) said that the well-reasoned order of December 14, 2018, in which the apex court gave a clean chit to the government, could not be relooked merely on the basis of some stolen documents revealing incomplete file notings.

At the same time, though, the government also raised questions against the Court’s decision of dismissing Centre’s preliminary objections against the admissibility of the documents relied upon by the petitioners in the Review Petition.

“The judgment of the Court dtd 10th April 2019 would imply that any document marked Secret obtained by whatever means and placed in public domain can be used without attracting any penal action.

… This could have implications in the financial sector also if say budget proposals are published before they are presented in Parliament. Such disclosures of Secret Government information will have grave repercussions on the very existence of the Indian State.”

It said the Prime Minister’s Office (PMO) did “monitor” the progress of the Rafale fighter aircraft purchase deal, but this did not translate to conducting “parallel negotiations” with the French side.

“The monitoring of the progress by PMO of this Government to Government process cannot be construed as interference or parallel negotiations,” the 13-page reply filed by the government said.

Everything was transparent, it claimed, as then Defence Minister Manohar Parrikar himself noted that “it appears that PMO and French President’s office are monitoring the progress of the issues which was an outcome of the summit meeting”.

A series of reports by The Hindu said that the PMO was conducting “parallel negotiations” with the French for the off-the-shelf purchase of 36 Rafale jets manufactured by Dassault Aviation even as the Indian Negotiation Team (INT) was having detailed talks with its French counterpart.

The affidavit, filed by the Ministry of Defence, said the petitioners, who include former Union ministers Yashwant Sinha and Arun Shourie, were “attempting to bring out internal processing of this Government-to-Government procurement and trying to present a selective and incomplete picture of the same”.

The affidavit said, “The decisions by the Cabinet Committee on Security (CCS), the highest decision making body in the Government on defence matters and also by Defence Acquisition Council (DAC), the highest decision making body in Ministry of Defence have been made keeping in view all the facts of the case and the critical operational necessity of Indian Air Force.”

The Defence Ministry said the “actions of the petitioners [were] tantamount to questioning the sovereign decision concerning national security and defence”.

The petitioners were trying to link unrelated issues and create controversies on the basis of certain media reports. There was no relation whatsoever between the French government giving concessions to a subsidiary of an Anil Ambani company and the Rafale deal, it said.

“The issue reported in the media relates to the decision of a sovereign Government giving certain concessions to the subsidiary of an Indian private entity in a sector unrelated to Defence. It is far-fetched and a figment of imagination to link the decision of the French Government in this case to the procurement of 36 Rafale Aircraft,” the government said.

The Centre reiterated that it had no role in selection of the Indian offset partner (IOP), which is a commercial decision of the OEM (original equipment manufacturer).

The government quoted from the court’s December 14 judgment in the Rafale case, in which it found no “substantial material on record to show that this [is] a case of commercial favouritism to any party by the Indian Government, as the option to choose the IOP does not rest with the Indian Government”.

The government claimed, “Therefore, the contention of the petitioners that the issue of IOP are matters of fact and requires investigation is nothing but an attempt to get a fishing or roving enquiry ordered without even pleading a prima facie case.”

All files, notings, letters, etc., related to the procurement, including the full pricing details, have been made available to the Comptroller and Auditor General (CAG), who had given a report concluding that the price of 36 Rafales was 2.86% lower than the Audit’s aligned price, apart from additional benefits that would accrue because of change from firm and fixed pricing to non-firm price, it said.

The affidavit explained that the CAG, a constitutional body, after examining extensively the process of procurement of 126 MMRCA, had clearly stated in its audit report that in the case of 126 MMRCA, the procurement that started in 2000 had made no progress even after 15 years had lapsed and, in fact, failed on the two-fold issue of calculating the manpower costs of producing the aircraft in India and non-guarantee of aircraft by M/s Dassault Aviation, the OEM, for aircraft to be licence-manufactured by M/s HAL in India.

The government alleged that the petitioners had made a false allegation that Rajeev Verma, Joint Secretary & Acquisition Manager (Air), who was one of the three officers who had highlighted the issues of concern, had proceeded on leave because of this.

“In fact, Shri Rajeev Verma signed the Note for the Cabinet in the instant case. At the time of the signing of the contract, Shri Rajeev Verma had proceeded on official training abroad of Department of Personnel & Training, for which he had applied and the training was approved several months earlier,” it said.

In the garb of a review, the petitioners were trying to reopen the whole matter, it added.